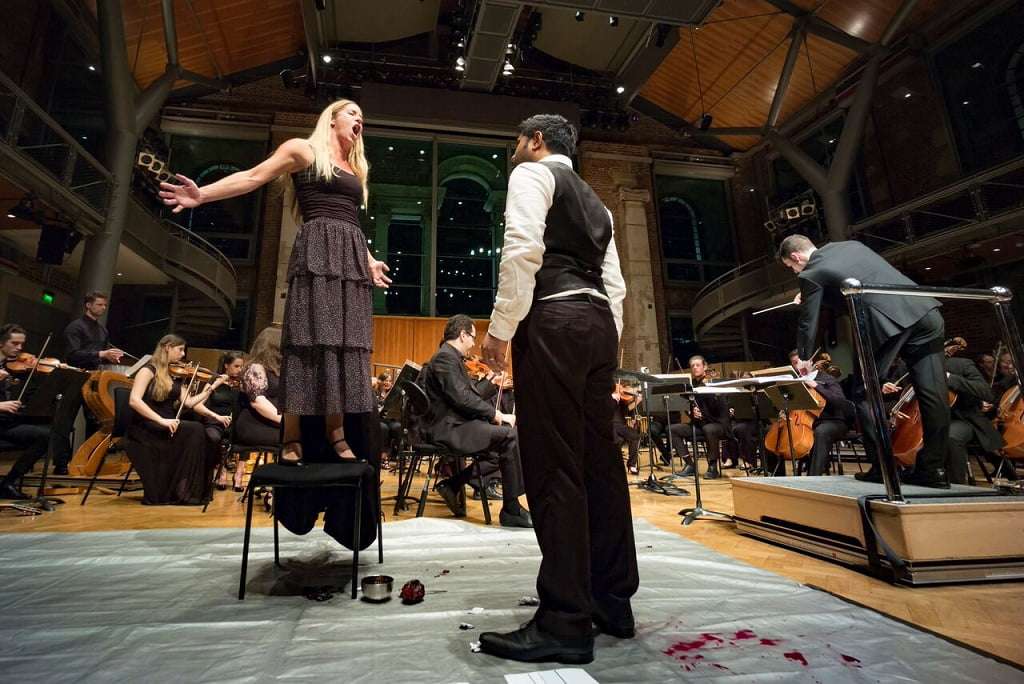 This was the first time I had heard George Benjamin’s Written on Skin completely detached from its original staging and casts, which only proves that, since its premiere in Aix-en-Provence in 2012 and subsequent spread both sides of the Atlantic, this elusive parable of infidelity and supernatural involvement is thriving – and does very well in the concert hall. Martin Crimp’s text taken from a full-blooded Provençal troubadour legend defies categorisation – three angels takes us back in time to medieval France and to the story of an artist (the Boy) commissioned by the Protector to produce a book of illuminations celebrating the latter’s great and good achievements. The Boy, though, embarks on a passionate affair with Agnès, the Protector’s illiterate and repressed wife, and the sorry business ends in cannibalism and suicide.

In its ninety minutes, Written on Skin folds in the mysteries of myth-making, lust, artistic creation, the craving for immortality and the tortuous road to self-discovery, without – despite angelic input – coming to any moralising resolution. Jack Furness’s concert staging (which opened in Cambridge and next appears in St Petersburg on October 22) occasionally lapses into mannered mime, singers standing on chairs, and some po-faced confrontational earnestness on the part of the angels, but, given the shallow performing area between the sixty-strong Melos Sinfonia and the St Luke’s seating, it relay the story with minimum fuss – and words were just about clear enough to overcome any panic over the absence of surtitles. Only the close, which tries to recreate the ‘freezing’ of Agnès’s suicide as the story’s final illumination, is clumsily done. 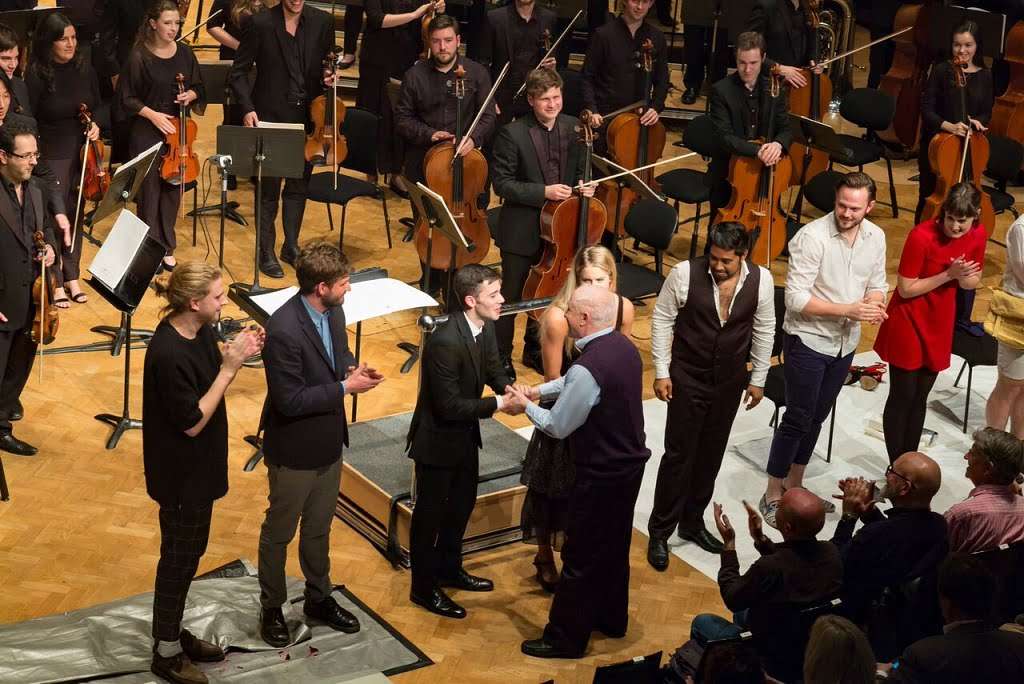 Once again, I marvelled at the paradoxical skill with which Benjamin’s very French sensibility releases layers of suggestion through music of incredible directness. Debussy’s shadowy allusion and Messiaen’s hard-edged brilliance are there for the hearing, and in this more-static performance, the chorus-like reportage from Angels 2 & 3 evoked the spirit of the two Choruses in Britten’s The Rape of Lucretia.

The evening was dominated by Ross Ramgobin’s magnificently sung and sharply-acted Protector, encompassing the role’s Bluebeard-like alpha-male obsession and Golaud’s eruptive jealousy to overwhelming effect. His voice has fullness, range and variety, he could turn the flow of the drama with the smallest gesture and his delivery was always inside the text. Lauren Fagan (a Jette Parker Young Artist alumna) revealed Agnès’s erotic awakening with conviction and was even more persuasive in her vindictive rejection of her husband (or, as he says early on, her owner). Even if words weren’t her strongest suit, you certainly got the gist of Agnès’s road to ruin and her soprano glows in its lower register. I wondered if the countertenor Patrick Terry (an excellent Ruggiero in the Royal Academy of Music’s Alcina) would make the leap from androgynous angel to full-on seducer – and he did, despite wearing a pair of unflattering shorts, in a sensuous portrayal that combined subtlety and urgency, matched by singing of gorgeous potency – the quality of his top voice is very impressive. The strong casting was completed by Bethan Langford and Nick Pritchard as respectively Angels 2 & 3 (and as Agnes’s sister and her husband), both singers accomplished and versatile artists vividly engaging with the drama.

Oliver Zeffman, who formed the Melos Sinfonia in 2010 when he was sixteen, kept masterly control over balance, although his young players didn’t always meet the singers half-way. Important roles for viola da gamba, mandolins and glass harmonica add to the time-travelling flavour of the score, and the playing in the quieter passages played up to Benjamin’s phenomenal ear.