The poetry of Heinrich Heine was the theme of this attractive BBC Radio 3 Lunchtime concert, the poet’s tendency to “express the impossibility of physical union” fitting hand-in-glove with the music and life of Robert Schumann.

Schumann’s Heine settings have yielded some glorious music, sung here with incredible sensitivity by Gerald Finley with Julius Drake’s extremely responsive accompanist. They began with the persuasive overtones of “Tragödie”, turning sour in the night frost as the second verse began. This fate also befell “Der arme Peter”, which experienced a sharp downturn from happiness to heaviness.

Not all the songs were so inclined, however, and in the first group was the surging lines of “Lehn’ deine Wang”, the serenity of “Dein Angesicht”, where a pure stillness was evident in Drake’s accompaniment, and the descriptive “Mein Wagen Rollet Langsam”, whose lightly stuttering rhythms were a delight. 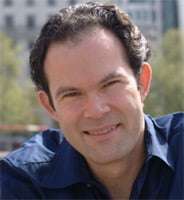 The second group of songs took Grieg’s briefly flourishing setting of Heine’s “Gruss”, placing it in context with four others from the Opus 48 set of the mid-1880s. Finley used a fuller tone for Goethe’s “Zur Rosenzeit”, with a real anguish in the closing bars, while “Ein Traum”, specifically composed as an extended crescendo, grew as such having begun with a close intimacy. The clarity of Finley’s powerful fortissimo was extremely impressive.

Accompanying the Grieg songs were three from Schumann’s “Myrthen” cycle. ‘Lotosblume’ given a tender performance. Here it was noticeable that at times Finley would sing ever so slightly flat, aiding the expressive delivery of lines such as “Du bist wie eine Blume” (You are like a flower) in the song of the same name.

For the third group we had more Schumann, and a dramatic “Belsazar” that fair leapt off the page, as did the human-hand writing on the wall towards the end of the song. Two militaristic songs had a sting in the tale, and sandwiched the blissful “Abends am Strand”, which also toiled in its central section. But when Finley reached the musical quote from “La Marseillaise” with which “Die beiden Grenadiere” ends, his was a big, brash declaration, and the way in which this subsided was strangely moving.

Finley and Drake will release all of this repertoire together with “Dichterliebe” on Hyperion in the autumn, but for their encore they found an unexpected treat from a previous Hyperion disc of Charles Ives, his sublime setting of “Ich grolle nicht”.