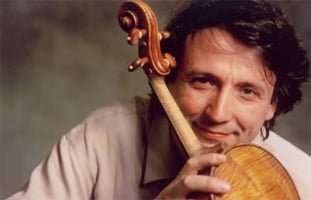 None of the pieces performed in this recital by Gerard Caussé and Michel Dalberto is particularly known in their viola-and-piano guise. Weber’s attractive Andante e Rondo ungarese, published in 1809 when the composer was 23, is more widely appreciated in the composer’s arrangement for bassoon and orchestra. There is a rich opening melody for the middle range of the viola, though unfortunately this was marred by approximate tuning given Caussé took a little while to settle. Once he had, there was enjoyable dialogue with Dalberto, whose accompaniment on a Bechstein piano had clarity and composure.

Although originally written for clarinet and piano, Brahms’s final Sonata is arguably more effective in this transcription by the composer. There were many good things in this performance, though again tuning was briefly awry at the start. Caussé’s instinctive and natural phrasing served the Variations of the third movement particularly well, while the autumnal and slightly nostalgic mood of the first movement was beautifully balanced, the pair finishing each other’s phrases with keen musical rapport. When there was more angst, in the scherzo, Caussé dug deeper, but this was essentially a stylish and sensitive reading notable for Caussé’s beauty of tone. 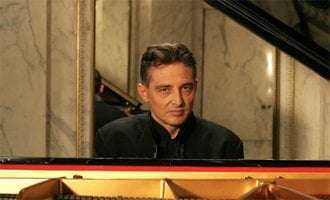 The concert’s true rarity was saved for the second half. The friendship between Berlioz and Liszt yielded a number of transcriptions, in a generous effort by the latter to boost the fortunes of his French colleague. The arrangement of Harold in Italy was completed in great haste but unpublished for some time. It is a remarkable feat to condense eventful music such as this from orchestra to piano, and while the transcription might not always present the piece in its best light, it gives the obbligato viola more of a platform as a soloist.

Caussé added to the sense of drama by being offstage as Dalberto began, entering only when the viola was required. Clearly this is a piece that holds an attraction for both performers, for the first movement was passionately wrought and perfectly blended. The Italian Pilgrims marching in the second movement had to compete with the ubiquitous chiming bell, here represented by Dalberto through a probing middle ‘C’ that came through lucidly in the middle of the texture, providing an unexpected dash of humour with every appearance. There was great poise to Dalberto’s playing here, the march light on its feet, a feature that continued into the ‘Sérénade’, where the bagpipe drones were crisp and even. Dalberto’s moment to shine was in the finale, however, and again Caussé left the stage as the increasingly wild scenes of the ‘Orgie de brigands’ took hold. With left and right hands frequently crossing, Dalberto gave the Bechstein a thorough going over, but while there were the necessary hints of vulgarity his loud playing was incredibly clear and accurate. Caussé returned during this barrage of notes for a brief aside before the emphatic closing pages.

The pair were generous with encores, firstly an attractive arrangement of ‘Ständchen’ from Schubert’s Schwanengesang, arranged firstly by Liszt and then by a French composer not quite audible from Dalberto’s brief speech. Liszt himself provided the second item, Romance oubliée, his sole original work for this instrumental combination. It was affectionately and warmly played and completed an extremely satisfying evening.