Rosenblatt Recitals come thick and fast these days. Ten recitals in as many months represent a generous investment by the sponsors, while the steady, perhaps even growing audience has indicated a degree of loyalty which vindicates the positive expansion of the brand. 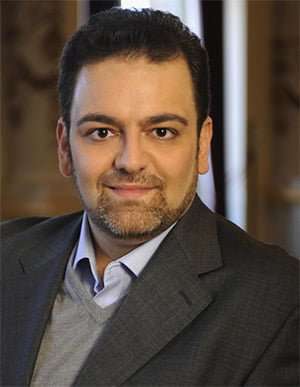 A transformation has been wrought here: the recital with piano by operatic artists had become a rare bird by 2000 when this series was inaugurated. Ian Rosenblatt’s gamble continues to pay off, attracting support from both vocal enthusiasts and from the singers themselves; I have no doubt that singers now highly prize an invitation to appear in the Rosenblatt programme.

The auditioning committee has a fine record for spotting nascent talent and will doubtless take pride on another success for a little-known singer. Few in the audience will have heard of Giorgio Berrugi. His career is in the relatively early stages, his operatic debut being as recently as 2008. Formerly a clarinettist in Orchestra Sinfonica of Rome, Berrugi has followed in the footsteps of Siegfried Jerusalem (bassoon) and Klaus Florian Vogt (horn), tenors who had substantial careers as instrumental musicians before re-training as singers.

The voice that has emerged from this training and early experience is compact and firmly focused with the ability to project passion without stridency. One has the impression that his orchestral experience has equipped him with a kind of disciplined musicianship not always possessed by all singers. If there is a weakness in his voice production it is the tendency to swallow his words in low-lying passages.

Early on it was clear that the singer was not content merely to produce beautiful sounds. The opening aria of the self-confessed rustic simpleton Nemorino was dotted with hints of his character, an impressionable young man lacking in self-esteem and worldly wisdom, innocent in the best sense could be identified in the colours and inflections to be heard in those opening lines. 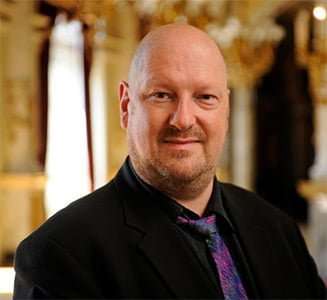 There is a range of sound vocal equipment present which enabled Berrugi to convincingly undertake a mixed programme like this. Italian bel canto benefited from a consistently musical line, though not at the expense of consonants, and the Bellini songs had an urgency and momentum, with the text given full value. His accompanist Eytan Pessen, used to leadership roles, was positive, sometimes over-emphatic. In the three Respighi settings the relationship between singer and pianist was balanced ideally. Initially, the piano was dominant. In ‘O falce di luna calante’ the emptiness of the landscape illuminated by the waning moon was evoked by the accompaniment’s constant circling, the voice largely kept in the background and shorn of any rhetorical gestures. The singer made his presence felt more strongly in ‘Nevicata’ over the murmuring accompaniment, while in ‘Nebbie’ the rock-like chords of the piano were the background to Berrugi’s account of his suffering, surmounted by two massive sforzandi. Berrugi’s visions were reinforced by good technique at crucial moments.

The development of mélodie in the nineteenth-century was reflected in a group of French pieces, from a singer feeling a natural affinity for the genre. Gounod’s Italianate writing in ‘Le soir’ found him most at home, and there were moments when he showed the ability to reduce his tone to a whisper, others when he opened up. Fauré responds best to, indeed demands, understatement, and even in the early ‘Après un rêve’ the partnership offered too much interpretation. A pianist clearly committed to the grand gesture was always likely to overdo things here and Berrugi was not free of exaggeration in his treatment of the dynamics. Duparc’s ‘Phidylé’ was a different story. Instinct and stylishness were united in an admirable reading. Pessen created a lush bed of tone upon which the voice could comfortably rest; the poet’s extended depiction of the sensuous world around was overwhelming.

The most unusual item, indeed one of the most imaginative recital choices I have heard, was the four songs in the Ladino language, traditional texts from the fifteenth-century, here arranged for voice and piano and performed in Art Song style. Ladino is the language spoken by the Sephardic Jews expelled from Spain in 1492 and who thereafter settled around the Mediterranean rim. As this is an oral tradition the author(s) are impossible to establish. The version performed is one that gives the piano plenty of scope for display, with lengthy solo passages and thumping rhythms which suggested both mediaeval instruments and dance. This quartet included a desperate lamentation on approaching death, conveyed through a string of melismas and a ppp conclusion. There followed a song on the theme of captivity. Finally came a love-song, well adapted to exploit the tenor voice, finishing with a powerful summons to the beloved. Those of us who attend a lot of vocal recitals tend to take for granted the amount of memorising that must go into them for the singer but on this occasion Berrugi’s achievement of learning his lines deserves to be acknowledged, for what was no easy task in this presumably unfamiliar language.

Operatic pieces were interspersed. The long phrases and sliding chromatics of ‘La dolcissima effigie’ were tackled with a pleasing assurance of technique. Even the hackneyed ‘E lucevan le stelle’ received its fair share of imaginative treatment, which augurs well for the bread-and-butter operas the tenor will spend much of his time singing. The French language was given a brief postscript in the substitute-aria Verdi wrote for Henri in the 1863 Paris revival of Les Vêpres siciliennes. Berrugi’s portrayal of Henri’s relentless despair was persuasive, his phrasing admirably extended but the strain he experienced on the top Bs left no doubt that the lyrico-spinto repertoire is not suitable fare for him at this stage of his development.

One reservation: the atmosphere of the opera house (or even the bull-ring!) has taken over these recitals, with cries of “Bravo” rather cheaply earned (the first on this occasion at the end of the opening item, a mere two and a half minutes in) and standing ovations becoming the rule rather than the exception. Predictably, it is the tenors who receive the most extreme enthusiasm. Berrugi has a stocky physique and cut something of a phlegmatic figure until he risked pushing his boundaries in the Neapolitan songs which were his first two encores ‘Tu ca nun chiagne’ and ‘Core ’ngrato’ (the third and last was ‘Una furtiva lagrima’, nicely voiced). I felt left out: great promise though he had shown, I would be fearful if he were to progress into too robust a repertoire, as his new-found fans would seem to desire.