Debussy
Pelléas et Mélisande – lyric drama in five Acts based on the play by Maurice Maeterlinck [sung in French, with English surtitles] 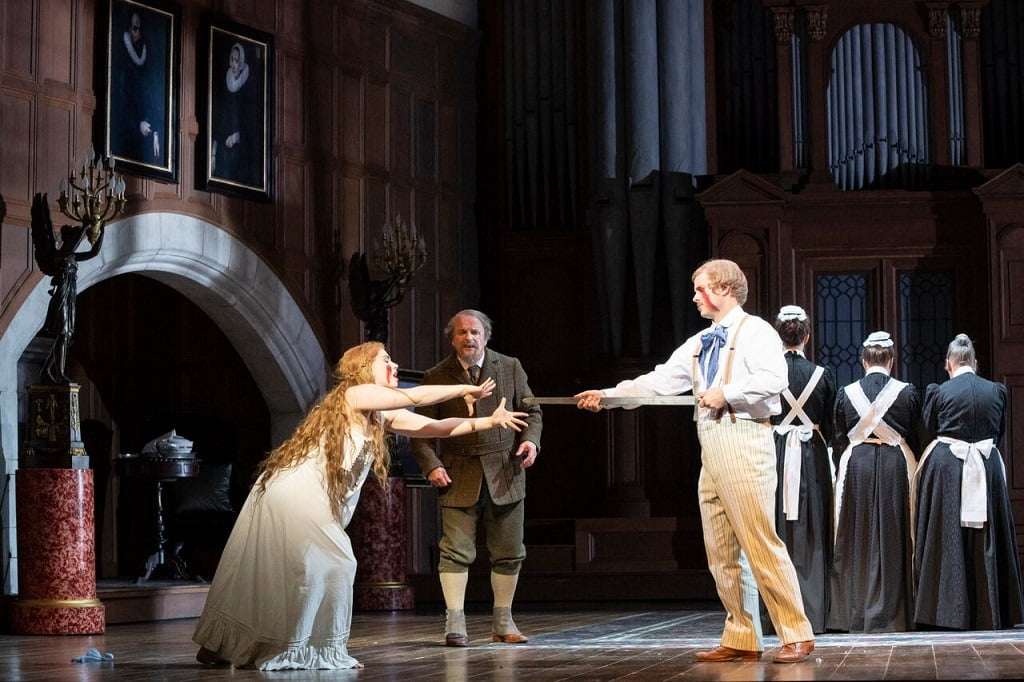 Audiences have ever got lost in and tormented by the tissues of deceit, violence, tenderness and obliqueness that float into every crevice of Debussy’s Pelléas et Mélisande, the opera about two brothers in love with the girl lost in a forest, the two title-roles tragic victims of what they have unwittingly initiated. These aspects are usually enough for any staging but are put on the back-burner in Glyndebourne’s new production from Stefan Herheim, the Norwegian director, whose services companies around the globe are clamouring for. It is also Herheim’s Glyndebourne debut, and, as in his Covent Garden Sicilian Vespers, this is a site-specific staging, here the house’s Organ Room, with the long-defunct instrument’s cathedral-scale casework looming silently over the oak-panelled space where the Festival first took shape in the 1920s and 1930s.

His period is late-Victorian/Edwardian (that is, around the time of the opera’s premiere, and two decades before the organ was installed) when Glyndebourne was a country estate, and his opening tableau – the corpse of Pelléas laid on top of a sarcophagus surrounded by mourners – sets up a pervasive atmosphere of melodramatic gloom and dark secrets, suggesting the sort of whodunit mystery of, say, a Wilkie Collins novel. Pelléas et Mélisande is famous for its characters’ failure to communicate, or, at best, achieving some sort of ultra-oblique breakthrough via Maeterlinck’s symbolism and Debussy’s endlessly allusive score, both of which render Golaud’s jealous eruptions over his wife’s and Pelléas’s mutual obsession and Pelléas’s one searing declaration of love all the more shocking.

Nature, as represented by impenetrable forest, the well, and rare moments of sunlight, barely gets a look-in. Instead, to suit his temple-of-art staging, Herheim has imposed an elaborate examination of the way art and its artificiality can give not only an illusory sense of safety but also keep life and feelings at a distance. Golaud’s son Yniold, a constant presence, is always sketching. In the scene where Mélisande is frightened by three sleeping beggars, three empty easels appear and Pelléas pretends to idealise Mélisande in a painting. Later, Yniold’s scene in Act Four when he tries to move a stone is presented as a moralising Sunday sermon to the assembled household, prefaced by a vision from the innards of the organ of Christ the Redeemer with a lamb draped over his shoulders. 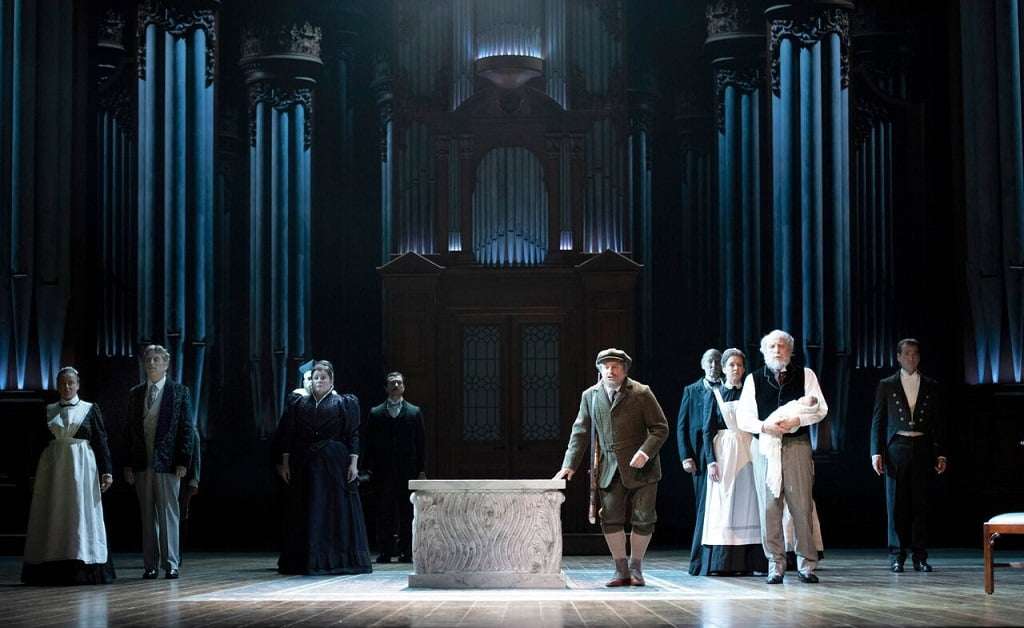 There is plenty more of this – Golaud’s wish-fulfilment snooping on the lovers throughout the scene with Mélisande’s hair; the truly shocking moment when Yniold, spying for his father, and Mélisande merge into one as the object of Golaud’s rage and desire – and it effectively transfers all the weight of the opera onto Golaud, whose crescendo of derangement (illustrated by some shape-shifting lighting) takes centre-stage. Herheim is a virtuoso at creating hidden agendas and flickering moments of where you think you’ve got his point, but very soon you get illusion-allusion overload. Herheim may have been placing himself one step ahead of Maeterlinck’s and Debussy’s intentions, but heaven knows what the audience, post-dinner, made of Golaud’s blinding of Pelléas and Mélisande – something to do with Oedipus and incest, perhaps – or of the oddly misconceived close.

The result, sadly, is the loss of emotional contact with the lovers, moving on to diminishing returns of sympathy with Golaud, which unpicks the whole point of the opera. A by-product is that the libretto seems a model of clarity. With the lovers rendered virtually anonymous, Christina Gansch’s beautifully sung, idiomatic Mélisande would be the highlight of a less-contrived staging, but here exasperation leads to impatience. John Chest has similar identity problems as Pelléas, and his voice, for all its elegance and many sweet spots, especially in a superbly shaped Act Four declaration of love, doesn’t quite have that baritone/tenor hybrid quality the role demands. The age difference between him and his half-brother Golaud is well made – Golaud is old enough to be Mélisande’s father, but Christopher Purves has his work cut out stretching the boundaries of his fractured despair, and his voice’s layers of darkness often sound forced. He looked good in hunting tweeds and plus-fours, always with a rifle, just to make sure we know he is the predator.

Yniold’s spying scene makes it clear why the role is sung by a girl, attractively and idiomatically by Chloé Briot. Karen Cargill, looking magnificent in black silk, is in glorious voice as Geneviève. Arkel is a frail old man, fussed over by nurses, his fragility heighted by Brindley Sherratt’s throat infection, which meant he mimed to Richard Wiegold’s off-stage singing, which sounded in rude good health. Under Robin Ticciati’s unflagging attention to the singers, to colour and detail, and to the articulation of the music’s momentum, the London Philharmonic played with a glow and richness that at times gets close to Wagner. Ticciati got the most enthusiastic applause; Herheim’s was more muted, with a few boos.