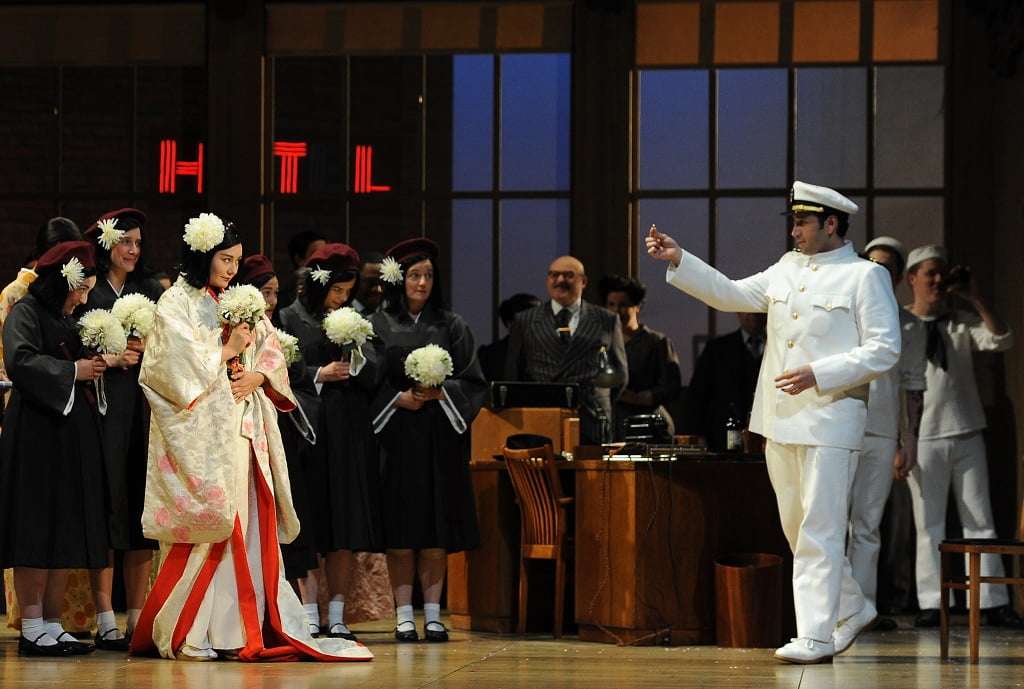 This revival of Madama Butterfly is a welcome reboot of Glyndebourne’s 2016 touring production – then the company’s first-ever staging of Puccini’s tragedy. Exceptionally well cast and thoughtfully directed by Annilese Miskimmon, the emotional impact remains devastating.

The action is updated to the 1950s in a rebuilt but none-too-prosperous Nagasaki suburb. It’s a neat idea to place the first Act not in the house overlooking the harbour but in Goro’s wedding bureau where Pinkerton is one of many American naval personnel happy to participate in its disposable marriage contracts with an opt-out clause if not completely satisfied. Imaginative designs from Nicky Shaw include the future matrimonial home seen as a bonsai-sized model – its frailty as flimsy as Pinkerton’s intentions to remain faithful – and a slide-show that catalogues available GI brides. 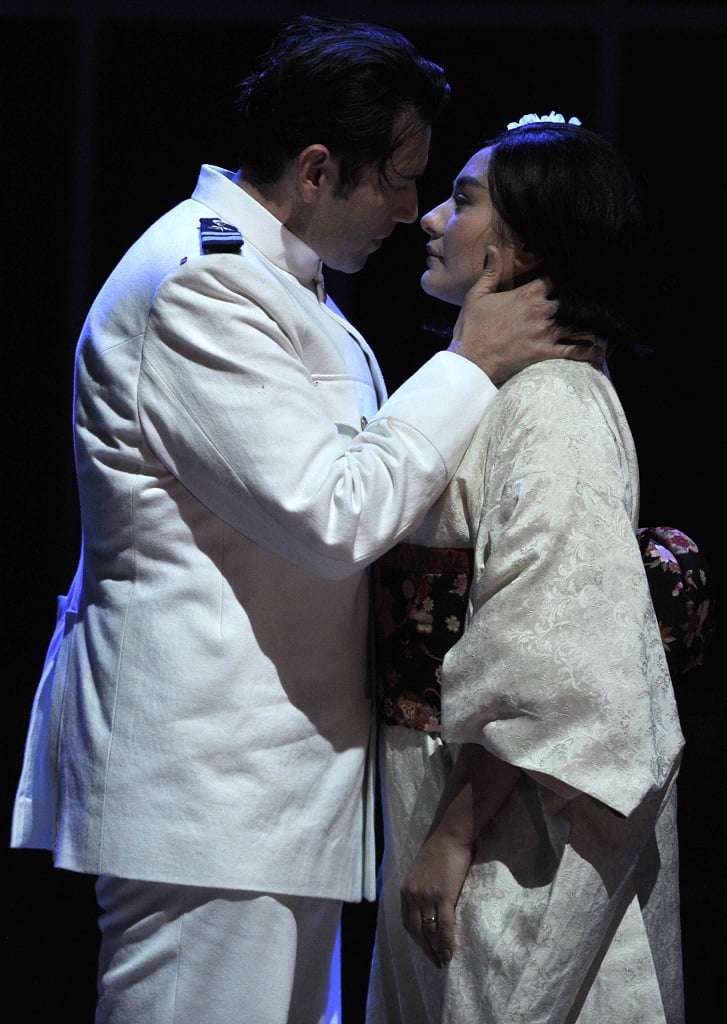 Ceremony complete, the bureau morphs into a comfortless apartment where Butterfly and Pinkerton view scenes of the great American dream – an unwelcome intrusion and unnecessary reminder of the fragility of Butterfly’s hopes. As if we hadn’t already recognised the ominous signs, a silent Goro appears to chilling effect and not entirely matching the passion of the music.

Fast-forward three years and Cio-Cio-San (Butterfly) is now thoroughly Westernised with a two-piece suit and a son (Sorrow) who salutes a photograph of the father he’s never met. By the end he encounters both Pinkerton and future stepmother, the latter taken by a not-insensitive Ida Ränslöv as his father’s “real American wife”. The end is movingly achieved, with Pinkerton’s voice, offstage, the last words Cio-Cio-San hears before her suicide.

The cast has some standout personalities. Taking the title-role is Olga Busuioc whose emotional journey from girl to woman is painfully convincing. Her strong, flexible voice sails through this demanding role, and she gets with ease the high notes in the opening sequence, finds plenty of ardour in the love-duet, and then heartbreak in ‘Un bel dì’ when she naively believes in Pinkerton’s return. Elsewhere she shows plenty of stamina and produces singing of unfailing compassion. Elizabeth DeShong, as the faithful Suzuki, grows in stature, coming into her own in Act Two with a chocolate-torte contralto of tremendous power that works well in the poignant flower duet. 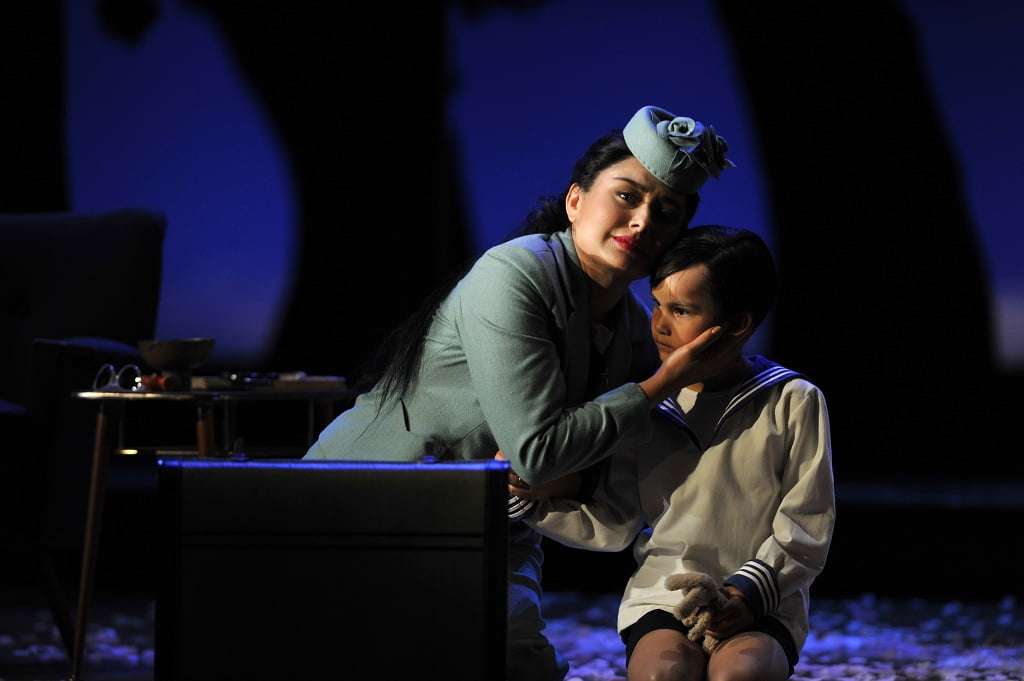 The superbly gifted Joshua Guerrero makes a hugely sympathetic Pinkerton – seemingly showing respect for his bride and with no shortage of genuine remorse. His is a bronzed voice that gleams throughout. Michael Sumuel’s Sharpless, while not an avuncular presence, makes a persuasive Consul, and if his tone occasionally lacks focus, his characterisation as an increasingly frustrated official more than compensates.

Carlo Bosi is the man-about-town Goro, distinctive for his sharp suit and clear-cut tenor, and Simon Mechlinski is effective as Prince Yamadori. Oleg Budaratskiy needs to breathe more menacing life into the Bonze, but Rupert Wade as Sorrow makes an ideal and memorable appearance, so too the Glyndebourne Chorus.

Conducted by Omer Meir Wellber, the London Philharmonic makes a stylish contribution, and, if a tad too loud at times, Puccini’s opulent scoring is highlighted.