Barber
Vanessa, Op.32 – Opera in three Acts to a libretto by Gian Carlo Menotti [sung in English, with English surtitles] 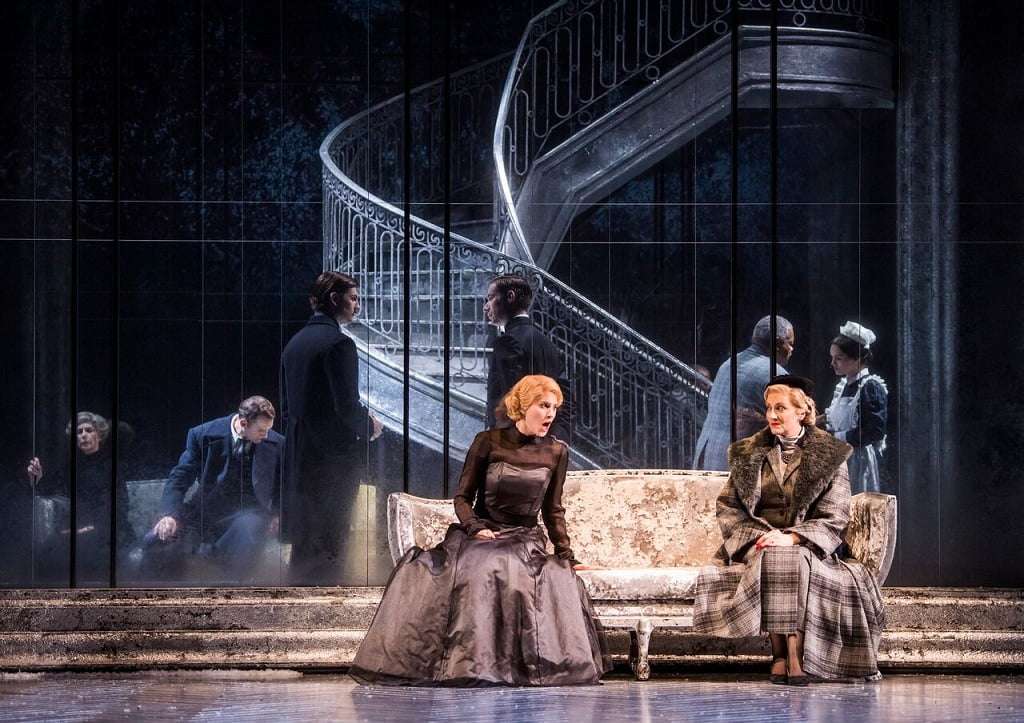 Apart from a Barbican concert performance under Leonard Slatkin in 2003, Samuel Barber’s Vanessa has received scant high-profile exposure in the UK.

Attempts to rehabilitate the work have latched on to a feminism that seems to boil down to the fact that there are two female leads. Equally dubious is the discovery of a Hitchcockian vibe. In truth there is more of the overcooked melodrama about the show and nothing is ‘resolved’ as neatly as the thriller genre or indeed common sense requires. Back in 1958 Vanessa was well received at its New York unveiling but never took off internationally. Then revivals at home were stymied because the original Cecil Beaton sets were destroyed by fire. While the music is of the kind that used to be thought old-fashioned it’s the libretto that presents problems, a curious mix of portentousness and evasion.

Keith Warner does not alter the plot. However, he does supply apocryphal hints and suggestions to supply motivation, mostly in the form of veiled suggestions glimpsed through giant mirror frames (covered mirrors are perhaps Menotti’s equivalent of a Hitchcockian ‘MacGuffin’ and here they serve as windows to the past and to the outside world). Ashley Martin-Davis’s design is unfailingly elegant if not always easily elucidated from the cheaper seats. The video work is complementary, appropriately monochrome. With the costumes and imagery drawing on the cinematic legacy of ‘women’s pictures’ and Film Noir (rather than the saturated colour of Douglas Sirk) we are drawn back to a period slightly before that of the work’s premiere but also perhaps to one that never existed, a dark, silvery never-neverland. It certainly isn’t 1905. 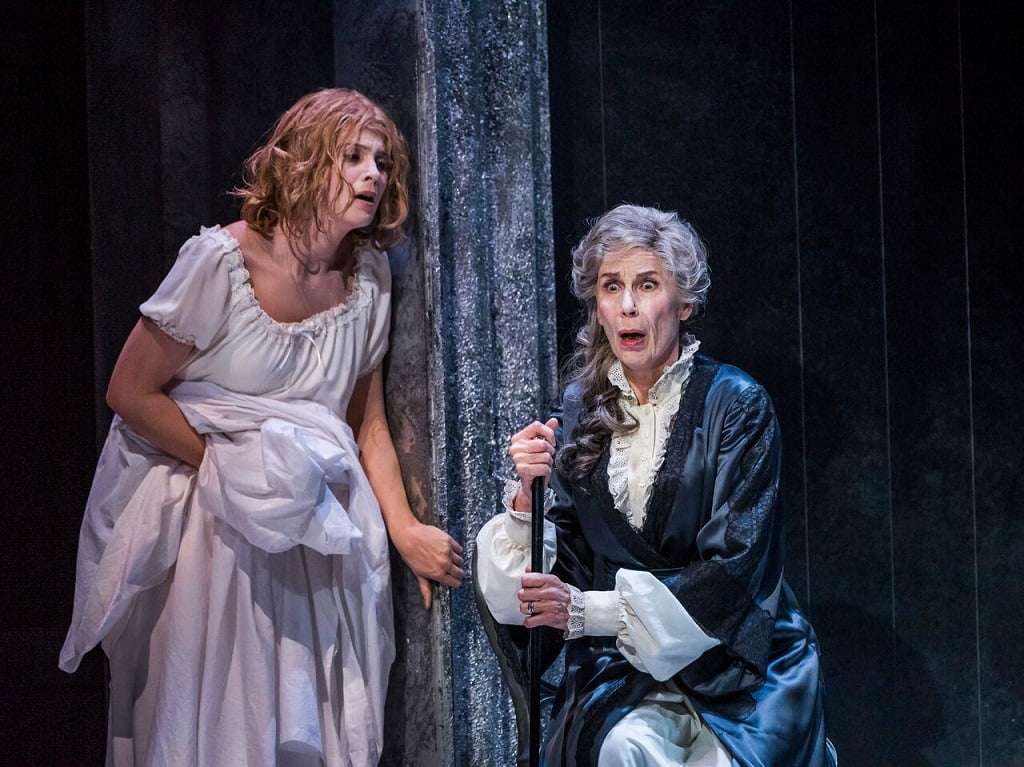 Presented in its more concise three-Act revision, Vanessa can seem an oddly balanced score. The most memorable set-piece arias for Vanessa and Erika are heard early on, and there is a cinematic anonymity about some of what follows, a strenuously romantic mix of Puccini and the expressionism of Die Frau ohne Schatten. Barber seems most obviously inspired in the music of the final quintet which achieves real poignancy through more modest means, standing in a direct line between Mozart and Sondheim.

The cast is strong, even if the age gap between Vanessa, expertly incarnated by Emma Bell, and the Erika of Virginie Verrez seems implausibly slight, particularly as Warner implies that they might be mother and daughter rather than aunt and niece. Verrez is as authoritative as Bell in so far as her character allows and her English is almost as clear. That Edgaras Montvidas’s caddish Anatol is plainly not a native suits the plot. As conceived by Menotti, the Old Baroness is prone to mysterious, emblematic silence yet Rosalind Plowright manages to convey the bitter knowingness behind her withdrawal: the Miss Havisham act is a family trait. The Old Doctor, Donnie Ray Albert, is also memorable, providing comic light relief and a modicum of pathos in a rather old-fashioned role.

It’s hard to imagine the opera being more sympathetically treated and the deep-pile orchestral contribution is beyond reproach, superbly synchronised with the action. Whether you find this production intensely evocative or mildly irritating or both at the same time I cannot predict, but see it you must!