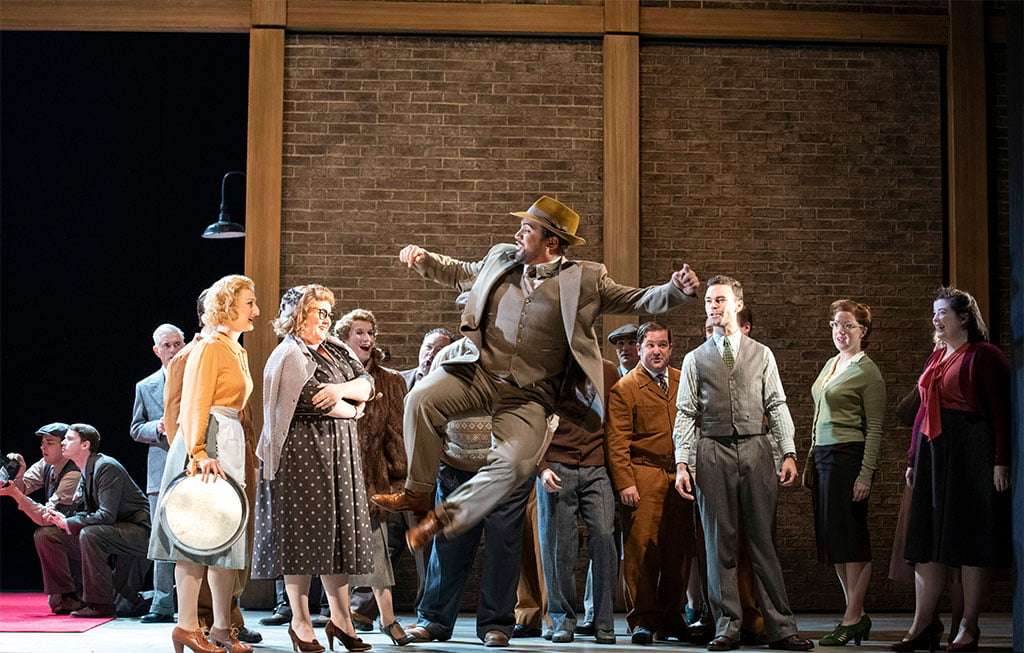 Verdi’s Rigoletto is so taut and doom-laden as the anti-hero is reeled in by Monterone’s curse that it’s a wonder that directors find any room for manoeuvre. Glyndebourne’s new production for this year’s Tour is the company’s first staging of this opera, entrusted to the German director Christine Lutz (recently married to Jonas Kaufmann) and her design team in their Glyndebourne debuts.

Lutz certainly demonstrates that in her house there are many mansions and crams in ideas. She has set it in 1930s’ Hollywood, and the Duke is the all-powerful studio mogul, where what happens on set stays on set. Rigoletto is a superstar comedian (based on Charlie Chaplin), locked into the studio system, and the Duke’s court is a squadron of gofers, hyper-active PAs, yes-men and technicians. The stage is full of vintage-cinema apparatus, with a casting couch close to hand – a set-up for potential abuse as familiar now as it was then.

Lutz’s layering and conflations of time cleverly exaggerate the curse’s progress. However, the silent appearances of the older Rigoletto (played by an actor) obsessively scribbling “forward” (seen on a video projection) are directorial business more to puzzle over than to be amazed by as Verdi’s melodrama romps into the distance. The grainy film clips of Rigoletto talking to camera similarly make the rather effortful point that the price of celebrity is his particular deformation, or hunchback. 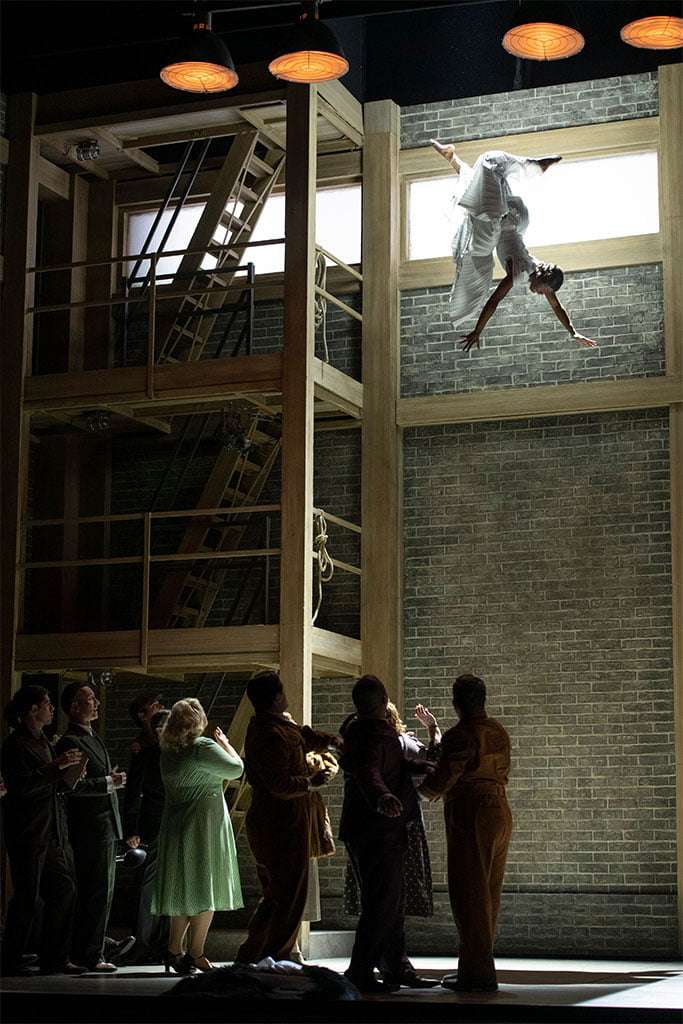 And Lutz has another crucial bit of distortion to offer – expanding the opera’s time-span to seventeen years, from Monterone’s curse to Gilda’s death. Rigoletto, you remember, is cursed for mocking Monterone over the Duke’s seduction of his (Monterone’s) daughter, who here bears an illegitimate child and, via an aerial artist, commits slo-mo suicide and sprouts angel’s wings. The child, clearly the Duke’s, grows up as Gilda, thereby throwing incest and paternity issues into an already heady mix.

The censors were up in arms when the opera first appeared. Here they would have exploded. With so much extraneous stuff going on, the big moments, in particular Rigoletto unwittingly helping the Duke’s men in Gilda’s abduction, are muddled, and the sight of the older Rigoletto and the older Duke observing Gilda’s death then killing each other as the curtain goes down, rather than adding the final turn of the screw to the power of the curse, stretches bathos to breaking-point. Her time-travelling and exposé of power and sexual abuse exerts a grip, but Lutz’s concept can be hard work.

Musically, it is on firmer ground. Nikoloz Lagvilava plays down Rigoletto’s cruelties, and even his moments of bravado veer towards introspection. Of the three leads, his singing and acting have the greatest subtlety and complexity. Vuvu Mpofu’s voice lacks nothing in Verdian splendour, and, despite some cautious coloratura, her ‘Caro nome’ is suitably airborne and ecstatic. It’s a pity that she has to endure such a clumsily staged murder. Matteo Lippi looks good, he is compelling as the serially womanising Duke, his singing is tirelessly full-voiced and ardent, just right for his casually seductive ‘La donna e mobile’, and his portrayal is very much to the macho point. Oleg Budaratskiy’s Sparafucile has vocal threat but the staging diminishes his impact. Madeleine Shaw is a marvellous Maddalena.

From the Prelude on, Thomas Blunt’s conducting and the GT Orchestra made the score sound gratifyingly black and, however light and nuanced on its feet, weighed down with tragedy. The storm scene is gripping, and in general the pit drives the show.