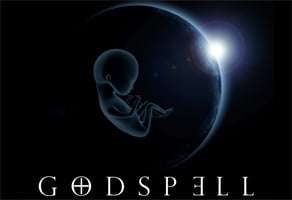 “Godspell” began life as a student project, in 1970 as a thesis by John-Michael Tebelak at the Carnegie Mellon University in Pittsburgh, based on St Matthew’s gospel telling the story of the life of Christ with music by the students and lyrics taken from the Episcopal Hymnal. Tebelak then took it to the Café LaMaMa experimental theatre in Greenwich Village, New York. It was subsequently brought to the attention of Broadway producers Edgar Lansbury (brother of Angela) and Joseph Beruh who transferred the show to an off-Broadway venue where it acquired music and new lyrics by Stephen Schwartz, another member of Carnegie Mellon University, and was an immediate hit, moved again to another theatre, becoming the longest-running show off-Broadway, before finally transferring to Broadway proper and clocking up over 2,600 performances in total. In London it opened at The Roundhouse with David Essex, Jeremy Irons, Gay Soper and Marti Webb before transferring to Wyndham’s theatre for a long run. 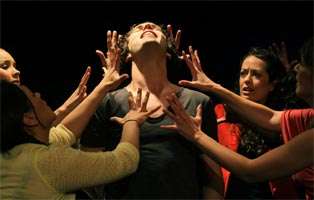 The 1970s were a time for rock operas based on the Bible – “Joseph and the Amazing Technicolor Dreamcoat” and “Jesus Christ Superstar“ both enormous hits and ripe for revival. After forty years, however, it is difficult to understand why “Godspell” was such a huge success. It has enjoyed several revivals in New York and a national tour and it toured the UK in 2007. Perhaps the simplicity and the familiarity of the stories and the offbeat way in which they were performed by young people (in an era of ‘flower children’) may have helped it along, and it did produce some very popular numbers written in varying styles, in particular ‘Prepare ye the way of the Lord’ and ‘Day by Day’. The show’s success appears to not have had anything to do with Christianity but more of a universal appeal, audiences identifying with the grief that any community might feel at the loss of a friend. What saves the musical from being too pious is humour and also its the laidback improvisatory feeling. 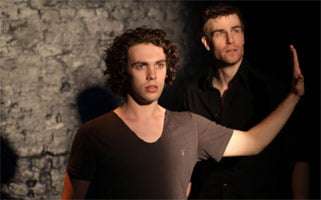 The show is formed of parables in which, after John has baptised his followers, Jesus urges his audience to follow God’s word for a place in the Kingdom of Heaven, to find it in their hearts to forgive transgressors, to learn or be damned, and to be a Good Samaritan without needing thanks. It is not necessarily the rich who are rewarded in the Kingdom of Heaven, for the poor man has his place too. God and money cannot be served together. Love comes from God along with earthly gifts such as food and drink. Having roused his troops to be as one, Jesus thanks the company. Act Two develops these themes, that you should love Almighty God as well as your neighbour. Jesus predicts that there will be war and famine but keep your faith and all will be well. He tells his flock that they should not condemn anyone. Judas enters and it is time for the Last Supper and the ultimate act of betrayal, and then the death of Jesus who here is not resurrected, although ‘Beautiful city‘, a song written for the film version of “Godspell“, is used to indicate that Jesus was raised from the dead.

Forty years on “Godspell” seems even more naive than it did originally, but then perhaps that is part of its charm and appeal. At the Union Theatre it gets a really punchy production that manages to divert away from the piety of the piece, while concentrating on the comedic qualities of the characters and their actions. Billy Cullum is a charismatic Jesus, an ordinary bloke without too much religiosity, a regular guy who appears to talk believable sense. Davis Brooks as both John the Baptist and Judas brings a freshness and credibility to each role. Jeremy Batt, in his first professional role, stands out as a performer of great promise, while Daryl Armstrong as Herb is infused with a spiritedness that sees him taking flight with great ease. Iwan Lewis as Lamar provides excellent support. On the distaff side Madalena Alberto, Jill Armour, Natalie Green and Caroline Hubbard all perform with agility and great charm, while Sophie Isaacs as dumb blonde Joanne, Essex-style, is quite a stunner.

Michael Strassen’s direction and staging use the small Union space to great advantage and if the sentiments appear a little dated, this production, with good back-up support from Michael Bradley’s band of musicians, certainly brings a fresh eye to the proceedings.