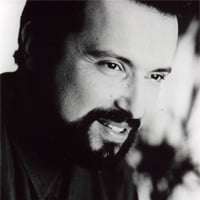 According to Johann Nikolaus Forkel, the composer’s first biographer, Count Kaiserling commissioned Bach’s ‘Aria with 30 Variations’ during a visit to Leipzig. The patron requested something to defeat his insomnia to be played by the virtuoso harpsichordist Johann Gottlieb Goldberg; it remains a matter of debate whether Bach was entirely serious, or helpful, when he presented Kaiserling with one of the most diverse, involved and theatrical keyboard works of the 18th-century.

It is more than 20 years since the Russian violinist and conductor Dmitry Sitkovetsky completed his extraordinary transcription of this titanic keyboard masterwork. Any criticism – as there has been – of such an enterprise fails in this regard because the work was created originally for a two-manual harpsichord, which renders equally suspect any performance of the work on a piano, including those by the dedicatee of this concert, Glenn Gould. 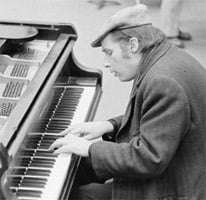 In truth, and blasphemous though it might sound, Sitkovetsky’s transcription for string trio is in certain regards superior to the original. In tonal colour and expressive range the heightened relationship between the voices surpasses anything achievable on a keyboard, and the necessary paring down of the counterpoint allows for the emphasis of ideas that are simply buried in the original, even to the most creative of pianists. The canonic invention, in particular, is made breathtaking, with the exchange of theme and idea between the players serving to amplify the composer’s baffling musical concentration.

Sitkovetsky’s transcription of Goldberg Variations is a leviathan achievement, and agonisingly demanding of its players. The virtuosity required technically is rarely empty – although one can tell throughout that the transcription is the work of a violinist – and there is a nagging suspicion throughout of Sitkovetsky ticking the boxes, with each player enjoying equivalent exposure and stabs at every imaginable technical trickery – except harmonics.

The concentration of the writing is extraordinary, and it was clearly very demanding of the performers, here Julian Rachlin, Maxim Rysanov and Mischa Maisky. These three are arguably the finest players of their different generations, and their performance – part of a Goldberg tour – attested not only to their individual talents as artists, but to the proximity of the relationship that has grown between them.

The atmosphere was absorbingly simpatico, and there was something touching in seeing three such strikingly individual soloists working together so completely. Their singular vision fostered some haunting re-invention, with tempos, emphasis and articulation varying wildly; minor-key variations were hauntingly dark, and some of the playing rendered the music almost contemporary in its extended and brooding melancholy. Vibrato was kept to a minimum, and the emphasis on variegation was such that all three players risked allowing only the weight of the bow to produce sounds of almost impossible introspection.

While Maisky was clearly unhappy with his performance (in which judgement he was alone) his performance was the musical and emotional key-stone; as a trio, the interpretation spoke of a unity of perspective and design that resulted in one of the most intense and rewarding musical experiences of the year.