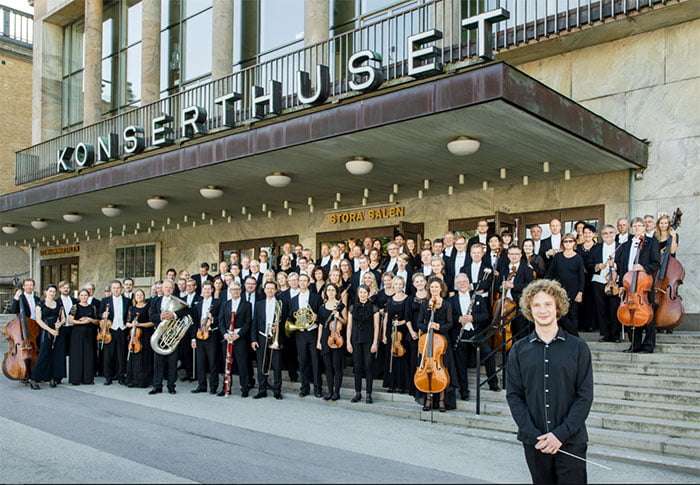 “A new symphony, completely in the Finnish spirit” (Sibelius), Kullervo has found a currency of acceptance largely denied to it during the composer’s lifetime. Following the Helsinki premiere at the end of April 1892, early critics were split. Even Oskar Merikanto, who’d initially praised it as “the most impressive and powerful work ever to come from a Finnish pen”, turned Judas. Withdrawn in 1893, it wasn’t published until 1966. I went to the first London performance in November 1970 at the Royal Festival Hall, under Paavo Berglund. Did I like it? I’m not sure (nor it seems were the senior critics of the day, William Mann and Edward Greenfield in particular, who voiced pleasantries but were otherwise non-committal). Looking back, searching deep, I think I was more respectful than enraptured, relating to the odd sound-print but having a sense of the music being more patchily brilliant than of a whole. Maybe I was expecting the symphonic master I knew (essentially a later product). Maybe my idea of a Romantic choral symphony with soloists was too pre-conceived, too steeped in Beethoven, Mendelssohn and Mahler, in Liszt’s “character pictures”. Maybe I just didn’t know my Sibelius, didn’t have enough of an overview.

Crossing virtuoso orchestral tableaux with boldly imagined vocal scenas, the drama operating equally at abstract and descriptive levels transitioning between concert stage and opera house, Kullervo marked a scale and size of composition, an expansiveness of idea and physicality of treatment, an overflowing of influences, which Sibelius was never again to indulge. For him, contrary to others, the process of clarification and concentration, the beauty of simplification, the refining of essentials, began early.

Kullervo – “son of Kalervo, son of an old man, wearing blue stockings” – is one of the darker, more psychologically complex characters of the Kalevala, the Finnish national epic (runes 31-36). Abuse, rage, massacre, magical powers, seduction, incest, remorse, double suicide tell his story. Framed in modal E-minor, traversing a landscape from Russia to Karelia, original melody to folksong and Finnic speech rhythms, Kullervo is divided into five movements, of which the (sonata) first, second and (rondo-esque) fourth are instrumental. ‘Introduction’; ‘Kullervo’s Youth’ (a lullaby, Sibelius claimed, the intensity of which “increases through variation”; ‘Kullervo and His Sister’ (baritone, soprano soloists, male choir); ‘Kullervo Goes to War’ (“piping to the war, rejoicing to the battle”); ‘Kullervo’s Death’ (“the end of the hero, the death of the ill-fated one”). 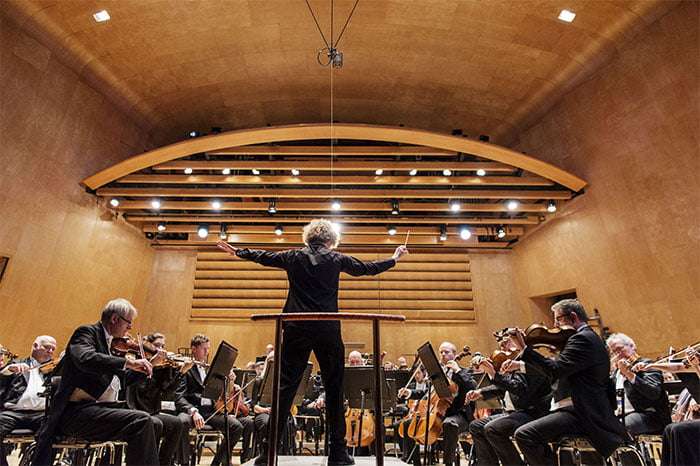 Since Berglund there has been no shortage of distinguished Kullervo champions – Neeme Järvi, Panula, Salonen, Saraste, Vänskä and Segerstam, more recently Oramo, especially springing to mind. With this concert, opening the 2017-18 season of the Gothenburg Symphony, “the National Orchestra of Sweden” (founded 1905), its newly appointed Chief Conductor, Santtu-Matias Rouvali, shows he has the mettle, confidence and attitude to take up the challenge. A former student at the Sibelius Academy of Panula, Lintu and Segerstam, with formative experience in the toughest arenas, he’s a wiry, loose-limbed young man who knows and gets what he wants without necessarily playing by all the conventions of the game. On the podium, bottle of water at the ready, he dances and swims, arms gliding wide, the occasional left-hand on the waist, a tight small beat in the armoury when the action gets gritty or when precise cuing is needed (he trained originally as a percussionist). His phrasing is long, he engineers explosive, sudden climaxes, he likes crisp attacks, tidy endings and telling pauses, orchestra and audience alike responding to the tension, not daring to breathe. There’s something of the bird of prey about him, wild and free, soaring high then plummeting in for the kill. The hospitable Gothenburgers warm to his unorthodoxy, responding with the kind of disciplined corporate and solo attention that guarantees quality and character.

The orchestra’s permanent home is the listed Konserthuset built in 1935, a 1,300-seat hall combining neo-classical exterior with modernist interior clad functionally in maple veneer. The room is lively, the orchestral facilities and working environment exemplary. It’s a relaxed place to make and record music, the acoustic sympathetic and flattering for any but the biggest scores. Kullervo, along with surtitles, in use at the venue for the first time, survived well, the tuttis strong and focussed, the quieter string passages coming across with a plush velvet-like sound, the muted pages of the second movement, gaspingly uttered, leaving an indelible impression. Whether in pensive mood or chattering dialogue the woodwind section had a crystal ring and viscous fluidity to send shivers. The brass was regal rather than rasping, even in anger.

Taking the roles of Kullervo and his Sister (the beggar-maiden he seduces unknowingly), Ville and Johanna Rusanen (real-life siblings), making their slow entrance in the largely 5/4 third movement, proved an affective combination, she in particular bringing a powerfully sonorous Wagnerian presence in white to the stage. He, though, could possibly have invested more menace and gravity in his characterisation. Guesting from Uppsala on the other side of the country, the Orphei Dränger male choir (established 1853) took on the complexities and nuances of the Finnish tongue with apparent ease, predictably strong on entries and delivery.