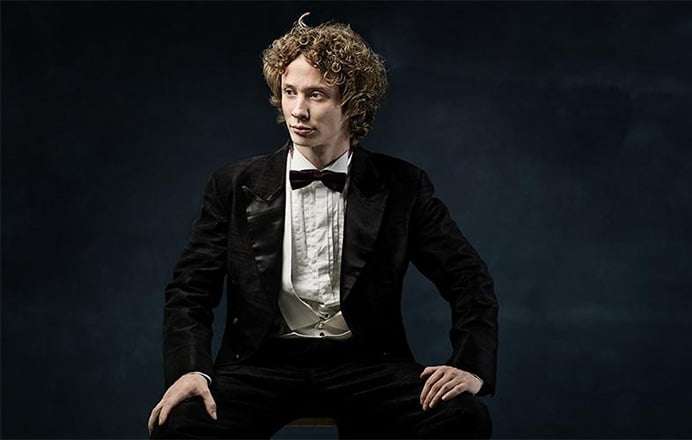 Concert programmes may be getting shorter, dispensing with openers, but not this one. Here was a positively roast beef helping of Straussian opulence, Beethoven Concerto and Sibelius Symphony, showcasing this class orchestra at its solo and corporate best, the high-definition webcast catching the depth and resonance of Gothenburg’s 1935 Konserthus with clarity and visual engagement.

Displaying a nostalgia and nuances seemingly beyond Santtu-Matias Rouvali’s years, the Suite from Richard Strauss’s Der Rosenkavalier (not made by the composer but attributed to Artur Rodziński) was in many ways the highlight, a finely expressive, sensually balanced reading, it reaching magnificently burnished heights. And the rubato of the dance sequences, extravagant though it was, just about managed to resist mannerism, Rouvali’s determinedly intentioned pauses and stretches of time theatrically reflected in the bowing and breathing of the players. 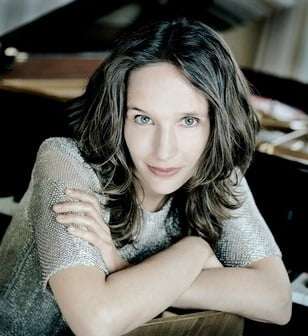 This season Hélène Grimaud is Artist-in-Residence with the Gothenburg Symphony. In Beethoven’s Fourth Piano Concerto, an old staple of hers, she had her moments (the slow movement principally, the gran espressione episodes of the first). But it wasn’t an account free of slips or untidy joins (for starters, the very first chord, simple enough but the bane of so many pianists, wanted togetherness). Overall, everything was a shade too episodic and temporally uneasy, the structure more signposted than flowing. Beethoven’s Piano Concertos are treacherous minefields, the challenges of the Fourth more than most. Time and again I found Grimaud unrelaxed, her body language and fingerwork communicating tension. You could almost see her preparing for the tricky corners. And, physically athletic though it might have been, I wasn’t that convinced by the game-play of the Finale, she and Rouvali teasing each other to see who could get their semiquavers and triplets tighter and quicker, a sure recipe for raggedness. Judged by the highest standards, this wasn’t the greatest of interpretations. The encore, though, was, Rachmaninov’s 1911 C-minor Étude-tableau (Opus 33/3), releasing a suddenly completely different musician – a slight, lonely figure, casting spells, taking us to maggiore forests far, far away, her Steinway shrouded in resonance, shaded in subterranean greys and blacks.

Rouvali’s tendency to push the orchestral action in the Beethoven carried over into Sibelius. Contrasting a monumentally bronzed Fifth in Gothenburg last August, this reading of the First Symphony was altogether another kind of encounter. Youthful, impetuous, lyrical, angry, harsh, violent, roughness and beauty going hand in hand, colours and textures left naked. Plaintive solos, jangling sheets of iron-clad tuttis, wide-open vistas, thunderbolts hurled across the heavens: the loves and wars of northern gods.

I’m not really sure I warmed to the experience. But Rouvali’s single-minded vision, the seething cauldron of unrest he unleashed, his operatic sweep was never to be questioned. By the end, hollow-eyed, hair wild as an Arctic wind, he was emotionally drained, his Rolls-Royce of an orchestra almost on its knees: killer voltage, dangerous stuff. The timpani detail (hard-attacked, not a hairpin missed), the pedigree of the strings (unisons of devilish precision and thrilling descents), the fabulously shaped pizzicato chord at the end of the first movement, the Loki fire and abandoned pulsation of the Scherzo, the folklore, vistas and (elated) largamente peroration of the Finale will stay with me.

The encore, Sibelius’s ‘Valse triste’ (from Kuolema, Opus 44) – unfocussed at the start, perfectly gauged at the finish (the four violins) – was largely about parameters that exaggerated rather than echoed the page. This is music that has increasingly become a vehicle for conductors to indulge in ever-more extremes of rubato and tempo, losing sight of the dance aspect. Dispensing with his baton, Rouvali took things to the edge (even more than Segerstam, his teacher), choreographing every phrase and silence, by the end leaving his string players, whatever their unanimity of ensemble, a shade bemused. Looking at the score, it’s relatively unadorned. Played ‘straight’ – witness Frederick Stock’s 1925 Chicago Symphony recording – the “sad” message will still come across. Excessive liberty-taking risks sapping the character out of the notes or ending up as caricature. That’s a concern, something Rouvali needs to watch.