Magnus Lindberg’s Accused was premiered by Barbara Hannigan with the LPO and Vladimir Jurowski at the Royal Festival Hall in January 2015. The singer associated with it exclusively since has been Anu Komsi – in November she’ll be bringing it to Stockholm, Paris and Berlin conducted by Sakari Oramo. 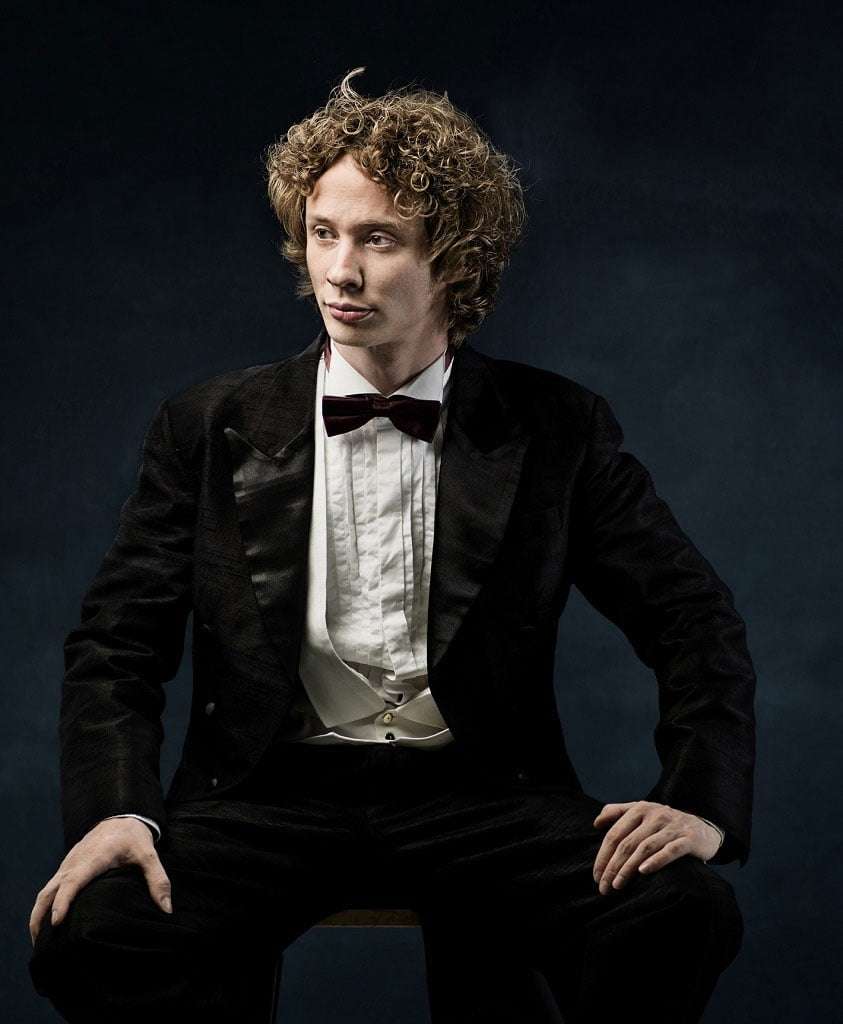 Exploring the complex relationship between individual and state, Accused takes its trilingual text from an interrogation of Théroigne de Méricourt, a victim of events surrounding the French Revolution, the transcript of a Stasi interrogation in East Germany during the 1960s, and the transcript of the 2013 WikiLeaks trial of the American activist Bradley (Chelsea) Manning.

How much of this comes across beyond a mere delivery of words, and to what extent the text is illumined dramatically by a musical framework, isn’t always clear But Lindberg’s extremes and intricacies of vocal writing, from low register to stratospheric, the dynamic demands he insists upon, and the intensity of his orchestral imagination, for large forces, make a physically immediate impression.

Lindberg’s publisher, Boosey & Hawkes, pose a generous time scale of thirty to forty-five minutes. In a pre-concert interview Santtu-Matias Rouvali, favouring the longer option, sought to emphasise the underlying emotion, the late-romanticism, of the trilogy, in places demonstrably Berg-like in descent. “You have to swim to get a nice line, you can’t do it rhythmically or as written. You need to give [the music] space, to be more elegant and rounded. Otherwise it doesn’t work.”

His Gothenburg players responded to the hilt in a mixture of weight and lightness, solo niceties and corporate mass. Komsi, a straight-laced presence, was evidently committed and fluid, her voice placed, her range and control sure-footed. But on occasion neither enunciation nor language came across with ideal clarity, the more whispered moments losing focus and intention, sound before content, even a (visual) hint of weariness, taking over.

Politely received, this was the second of two performances in Gothenburg: the first, the night before, marked the work’s Swedish premiere.

On familiar ground, Sibelius’s Pohjola’s Daughter – “the beautiful ‘daughter of the North’, seated on a rainbow, weaving a cloth of gold” (Kalevala) – travelled a noble journey, Claes Gunnarsson’s poised cello establishing the mood from the outset, the pensive, opulent tenor of the whole, the refusal to hasten quicker passages, redolent of Segerstam, Rouvali’s teacher. The Gothenburg brass, an impeccable section, chorused in burnished magnificence.

“The Danish Sibelius – almost”, said with a half smile. Rouvali is keen to explore the Nielsen canon. The Fourth Symphony, polished paragraphs of ‘inextinguishable’ life and grandeur notwithstanding, remains though under development. Not all the contrasts, incidents or climaxes gelled. And the kettledrum duel at the end lacked organic inevitability, the close camera work of an otherwise excellent webcast detrimentally missing the spatial theatre of the moment. But the Gade-like Marcia of the Allegretto came off splendidly, yielding a wealth of gracefully pointed chamber detail and serenata exchanges, the woodwind eloquently responsive.

Rouvali, score before him, directed watchfully. These days, more black-kurta huntsman than the young bird of prey of a couple of years ago, he keeps his beat economical and tight, ever in love with sonority and the harmonic deep, with strings in sensual accord, his eyes and mobile expressivity willing his musicians to rise to the hour. His recent Philharmonia appointment – he becomes Principal Conductor next season while continuing with Gothenburg until 2025 – will surely bring new wind to London.