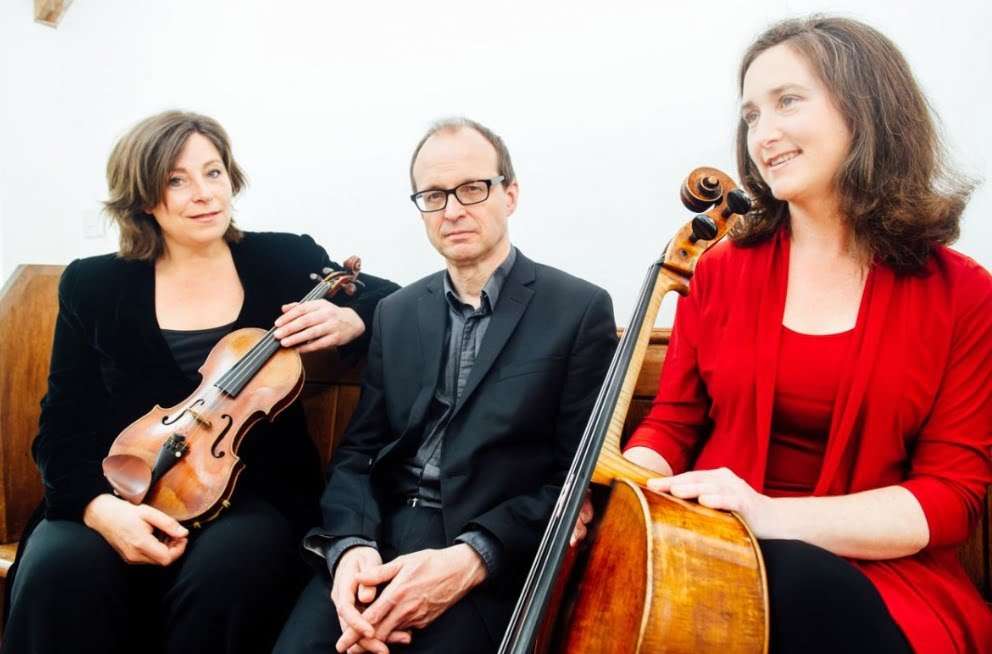 Appropriately on Schubert’s 220th-birthday the Gould Piano Trio at Wigmore Hall marked its 25th-anniversary with this programme of all of the composer’s mature music for that combination, some of his finest chamber music. And, as often with Schubert – such was the fecundity of his imagination – utterances as sublime as those found in the more expansive, multi-movement compositions can also be encountered in apparently unassuming miniatures.

So it is with the unearthly Notturno – thought to be a rejected slow movement for the B-flat Trio. In mood and structure it is not unlike the Adagio of the String Quintet with a rapt atmosphere conjured by soft detached chords in the piano (anticipating the Quintet’s pizzicato cello), and a lulling, sustained figure repeated in the strings, before giving way to a more dynamic middle section. The Gould Piano Trio was not overawed by any mystical contemplation in this performance, but played it gently and steadily, with Benjamin Frith’s pedalling clipping the sonority of each bar rather than allowing it to linger through the phrase, and with the repeated dotted figure in the middle section also to the point.

The Gould members maintained a generally amiable spirit in the B-flat Trio. If the strings were forthright in the fanfare-like opening figure, Frith was quite introverted when he took it up. They exuded more passion in the development – built upon the lyrical second subject – but genial spirits were restored in the recapitulation where the players resisted the temptation to broaden the second subject. The sweet-voiced strings avoided regretful nostalgia in the Andante, which was ideal. A fairly weighty manner with the Scherzo was continued into the Trio, and so insufficient contrast was drawn during which greater levity would not have been amiss. But the performers exacted well-judged drama from the Finale with the piano’s mysterious tremolos, and ethereal stillness in Schubert’s characteristic modulations – like an effect of dissolution – into remote, flat-wards keys, without slowing down but, nevertheless, that provided a cathartic sense of repose.

The E-flat Trio is the more ambitious and probing work with almost Beethovenian vigour in its first movement, but the Gould musicians approached it somewhat too cautiously. They seemed not quite in control of the bold opening, with some slightly scrappy playing from the violinist, but the nervous staccato of the second subject was more convincingly urgent, and overall greater use of rubato might have been made, or some other means of emphasis to help bring out the more-searching passages.

Along the way, however, were some individually delightful sequences, such as Alice Neary’s soulful Swedish-song melody in the Andante; crystalline runs and roulades on the piano from Frith in the flanking movements; and the clear line and momentum which Lucy Gould found in the long Finale. Their interpretation in general was technically accomplished indeed – and one should not underestimate the challenge of playing such exposed music for an hour uninterruptedly, never mind after a first half of near-equal length. But in ‘late’ Schubert one needs to feel a little more viscerally the music’s human vulnerability: as Thomas Mann put it, the sense that it is touched by death.