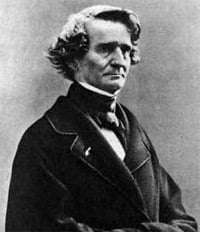 Berlioz’s “Grande messe des morts” (Requiem) is one of about half-a-dozen mammoth works that can only be fully appreciated in a vast acoustic live, despite the best efforts of state-of-the-art recording techniques. In London, perhaps only St Paul’s Cathedral and the Royal Albert Hall are wholly suitable venues for the work. The latter proved an admirable setting for the performance by the augmented Westminster Philharmonic Orchestra, and no fewer than fourteen named choral groups – given the title of Joint Hertfordshire Choirs.

In view of the immense demands Berlioz makes upon his (in this instance) more than 770 performers, and the rarity of live performances, one was astounded to see the Hall barely half full. This was, in purely musical terms, a pity in that so rare a chance to hear this masterpiece live in an appropriate setting was not fully taken either by Berlioz enthusiasts or by music-lovers who live within travelling distance of the Hall. Those absent music-lovers taking the opportunity may have been forgiven for wondering whether they had bought tickets for an important musical event or a charity evening, for this performance was given with the laudable aim of raising money for the British Council for Prevention of Blindness. 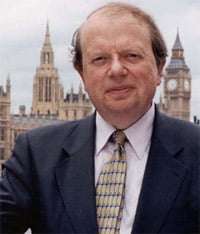 Gala concerts of a charitable nature are not so rare, but to witness Berlioz’s great masterpiece being cut in two, by inserting an utterly unwarranted half-hour interval, during which three speakers mounted the stage to speak on behalf of the charity was an appalling act of artistic vandalism, the more so as the second speaker, the well-known ex-BBC news reporter and (as the programme book said) comedy actor, John Sergeant, lightened his speech with several humorous quips. He was preceded by the Chairman of the Charity concerned and was followed by a lady who spoke on the good work the organisation does. After these speeches, conductor, orchestra and choirs left the auditorium. On returning, they continued the work that had been torn asunder by this procedure.

The Chairman referred to the first piece we had heard, the world premiere of Blast by the 24-year-old Daniel Basford, a piece scored for the same four brass bands, 12 horns and percussion, including ten timpanists, which Berlioz demands in his “Requiem”. This proved to be an unworthy opener, deeply unoriginal for the most part in a Waltonian-Coplandesque vein, and – like the interval – was a wholly unnecessary, impertinent part of the evening, so much so that the rehearsal time expended upon realising this score would have been better spent attending to details in the larger work.

For the account of Berlioz’s “Requiem” was very good in parts, especially Derek Harrison’s tempos for the ‘Lacrymosa’, and the large-scale a cappella singing of the ‘Quaerens me’ which preceded it, but the lack of genuine pianissimo in the ‘Offertorium’, ‘Agnus Dei’ and the concluding ‘Amen’, together with a less than tremendous opening to the ‘Rex Tremendae’, amongst other factors, were drawbacks.

Justin Lavender sang the difficult tenor solo in the ‘Sanctus’ very well, but this part demands a lyric French timbre, especially in view of the text he is required to sing, rather than the more heroic voice Lavender possesses. Despite such various disappointments regarding this account of Berlioz’s genius, aspects of the performance overall made us wish that a more coherent, not to say total, grasp of what was at stake in this presentation could have made a considerable difference to the musical experience overall.