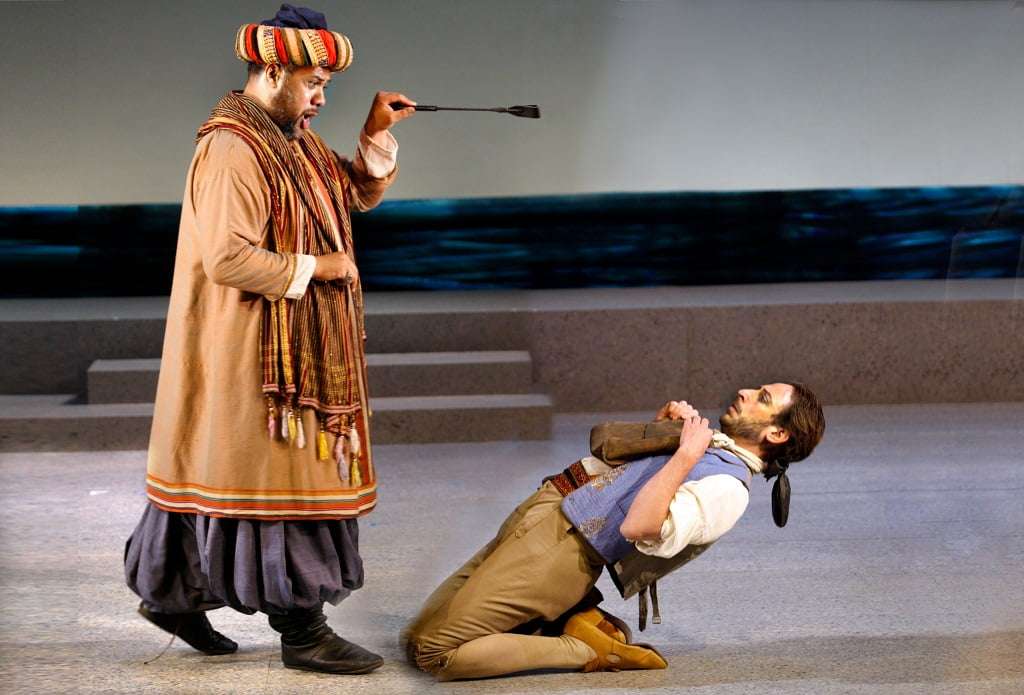 A Turkish potentate tries to have his wicked way with a morally resolute European noblewoman, imprisoned in his harem, his passion rapaciously mirrored in his servant’s lecherously unabashed designs on her servant, the ticklish situation solved by the noblewoman’s dashing and enlightened suitor and his crafty servant. What, directorially, could possibly go wrong? Productions go into paroxysms over the tugs and stereotypes of love, race, class and religion that ripple merrily through Mozart’s early (1782) Singspiel (in which the plot is driven by spoken dialogue rather than recitative) Die Entführung aus dem Serail, a deceptively undemanding work ripe with possibilities for offending contemporary sensibilities but written at a time when the fashion for all things Ottoman was flourishing.

The eighty-five-year-old director John Copley, recently in the news for his bust-up with the Met, has done what he does best, which is to try to get close to honouring the composer’s intentions, and, while Seraglio might not offer quite so many opportunities for the penetrating social insights that infested his Grange Festival staging last year of Britten’s Albert Herring, he is a fine, informed judge of Seraglio’s audience-friendly balance between broad humour, vocal pyrotechnics and moments of vintage Mozart beauty – his placing of Konstanze’s showstopper Act Two aria ‘Marten aller Arten’ to open the second half is a marvellously decisive corrective to post-dinner interval relaxation. Tim Reed’s designs are a great pleasure, a period Venetian slant on Ottoman style, brought to life by some extravagant costumes and a beautifully lit sky-and-sea backdrop, all neatly at the service of the direction. David Parry’s translation of the libretto, with plenty of sly rhyming couplets, catches the idiom of the spoken dialogue as brilliantly and deftly as do memories (from some time ago) of his witty continuo playing in recitative-led Mozart operas. 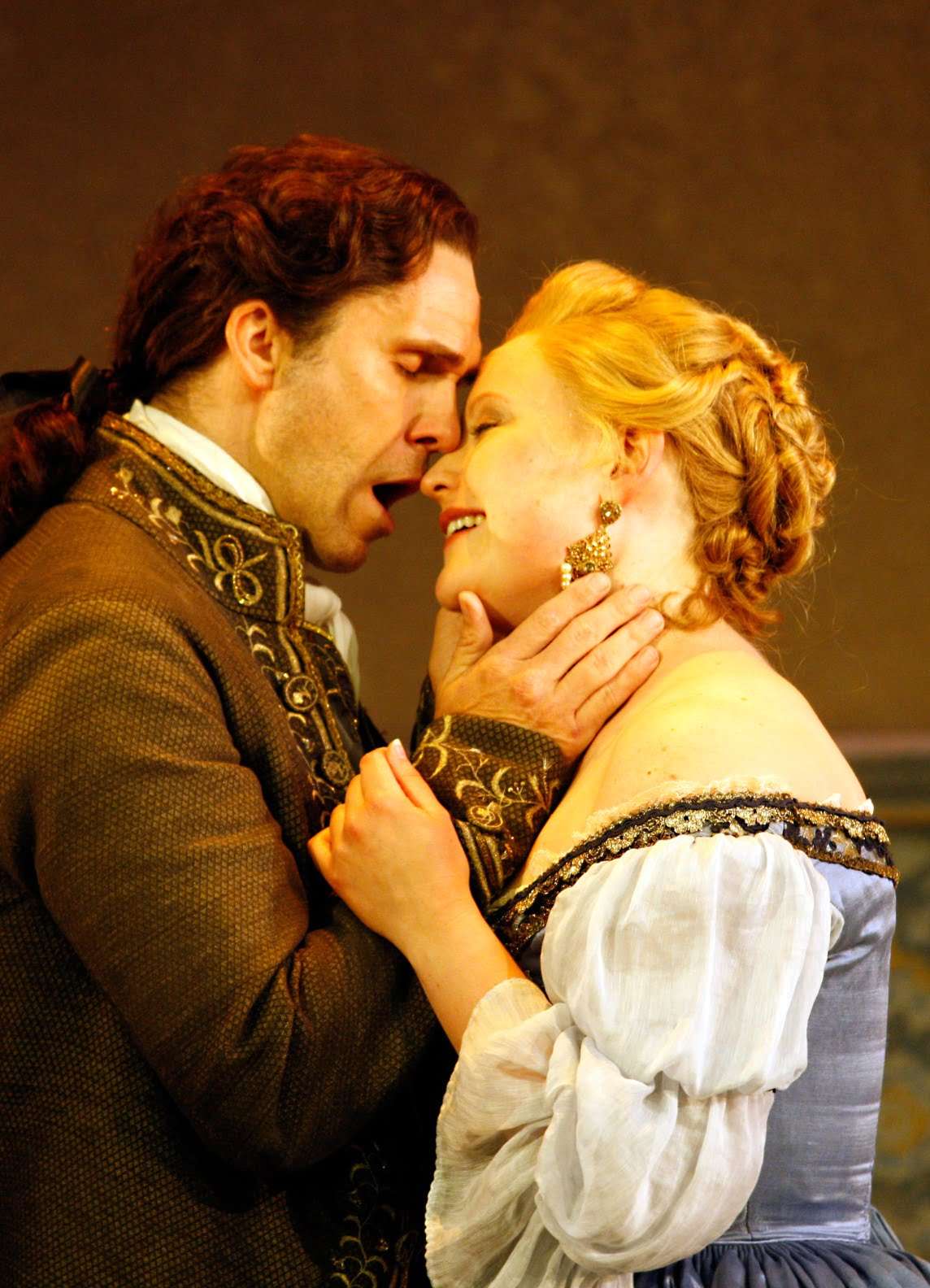 Theatrically, the evening is kept on course by the Greek actor Alexander Andreou in the spoken role of Pasha Selim, who confounds all expectations of sadistic Turkish cruelty by releasing his prisoners, even though the nominal hero Belmonte turns out to be the son of his sworn enemy. The other characters bounce off his authority, wisdom and Poldarkian sensuality. Things are similarly impressive vocally, with Kiandra Howarth on full throttle as Konstanze, one of Mozart’s most challenging coloratura roles. Her voice has edge, range and substance to spare, and while her volume and brilliance brook no opposition and some articulation is flattened out at the top of her voice, her performance is all part of Konstanze’s imperious and morally unassailable bearing. Daisy Brown pitches her Susanna-like Blonde both to support and subtly send up her mistress, her singing infused with a light, attractive lyricism, and she effortlessly is in charge of the men in her life, suitor Pedrillo and the predatory Osmin.

As Belmonte, Ed Lyon sings with cultivated elegance, pushing the top of his lovely tenor to maximum expressive effect, while his restrained acting with his beloved Konstanze catches more propriety than passion. Paul Curievici as his manservant Pedrillo, a Leporello-in-waiting, is up for any amount of cheery banter and physical humour, and his light, high baritone is a constant pleasure. Copley keeps Osmin, Selim’s and the harem’s ferocious guard, on a very short leash as torturer, potential ravisher and general bad guy, consistent with the production but with no admission of more nuanced possibilities. Jonathan Lemalu exploits the role’s pantomime villainy for all it is worth, and was appreciatively booed at the curtain-call.

Jean-Luc Tingaud anticipates mischief and sorrows in an Overture of Beethovenian intent, and he presides over the flow between arias and ensembles of wildly differing length and emotional impact with unfailing judgment – one moment it was like being in a cartoon, the next we were being elevated to a peak of opera seria passion, and he paces the all-important ensembles impeccably, with stylish playing from the Bournemouth Symphony Orchestra, boasting a pair of ‘jingling johnnies’ for additional Turkish flavour.