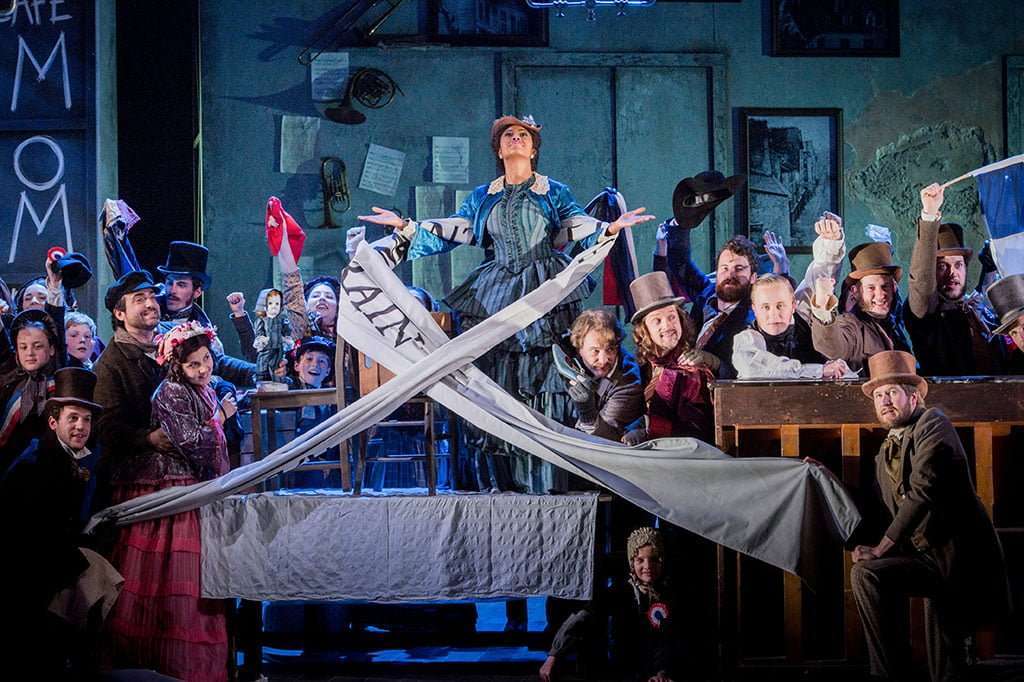 The students’ atelier in Grange Park Opera’s new staging of La bohème requires less a suspension of belief than usual, Jamie Vartan’s eloquently distressed set seeming like an extension of the romantic splendour of the Grange itself. Stephen Medcalf’s production of Puccini’s classic (Grange Park’s second) places it in the volatile atmosphere of Paris in the 1840s, and Vartan’s basic set of the artists’ studio, with each of the four allocated their work area, adapts well to the Café Momus and the gate into the city, strewn with all sorts of Bohemian paraphernalia, including battered brass instruments and suspended cast-iron stoves – something for Schaunard to play, and heating always just out of reach, perhaps?

There was a footman waiting on the four men, as they dug out their costumes from a large chest at the start of the opera – a point I didn’t get – but otherwise Medcalf’s staging and Vartan’s Dickensian outfits were broadly traditional and non-interventionist. There were some neat touches – Rodolfo shrouding the furniture at the start of Act Three, as though hiding all the artists’ ambitions; the patina of experience that marked the four men as they regrouped for Act Four, Medcalf making the point that the larking about of Act One later becomes more self-conscious; the haunting way the four of them faded into the dark at the end as though they were the ghosts and the spot-lit, dead Mimì the reality; the fate of Marcello’s Red Sea daub, and Medcalf’s skill at moving people out of the way in the vividly staged Café Momus scene made its main points crystal clear. 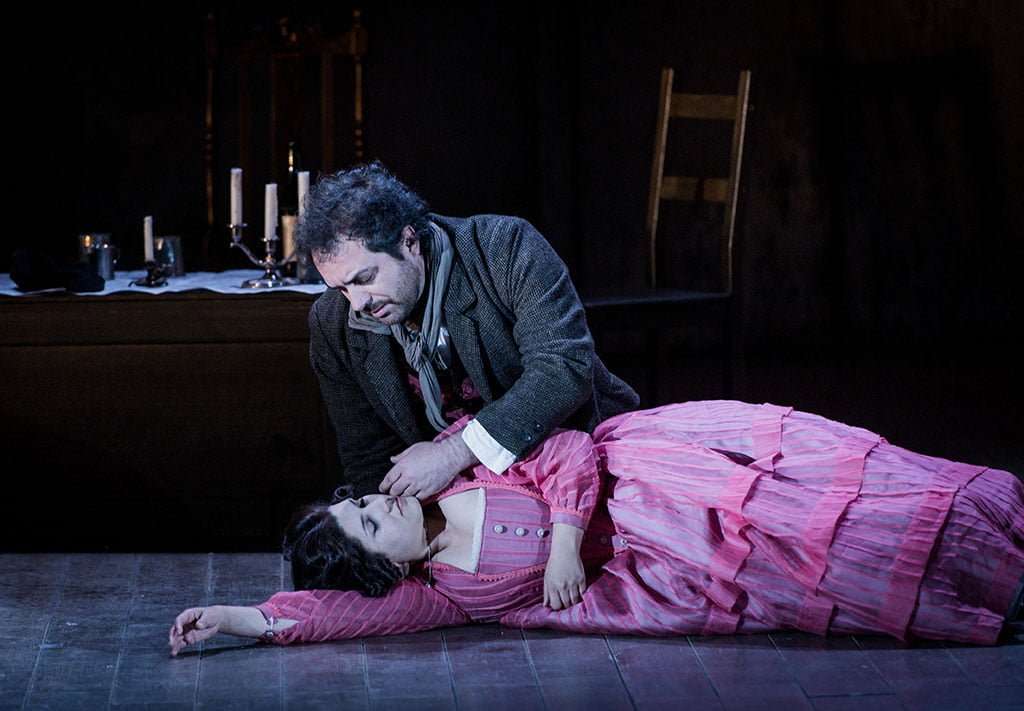 Medcalf is very good at unobtrusively summing up motive and opening out characterisation, and this generally well-sung Bohème would have been exceptional if the two leads had had a touch more chemistry between them and had worked the scale of the theatre and the staging to their advantage. Despite a few moments of vocal tightness, Gianluca Terranova’s tenor sailed up to Rodolfo’s thrilling top register with true Puccinian heft and rapture. His acting and portrayal, though eager, weren’t exactly intimate, but he was spectacularly on song in Act One’s love music and very affecting in the Act Three ‘trio’. Susana Gaspar was a sweet, cheery Mimì, in a pink dress, suggesting that she was a success as a seamstress. Gaspar had no problems turning on the vocal charm with her light, slightly pressured lyric soprano. Her acting was on the simplistic side, but vocally she clinched the telling moments – if Mimì’s ‘O mia vita’ in Act Three doesn’t squeeze out a tear, the opera has failed, and Gaspar was marvellous here, even if in the next Act she looked a bit too healthy.

Brett Polegato was a complete Marcello, with fluent acting flowing naturally from his fine singing. His conflicted relationship with Musetta was made all the more gripping by Kelebogile Besong’s fiery, agile coloratura and powerful singing, and her command of the Café Momus was impressive. Schaunard, ghosting the orchestra on his shabby piano, was vividly portrayed and beautifully sung by Quirijn de Lang, and Nicholas Crawley put his luxurious bass to expressive use as Colline, with a nicely poignant farewell to his overcoat.

Once again, Stephen Barlow showed off his skills as a theatre conductor, and drew strong playing from the Bournemouth Symphony. But even he had no control over the power-surge near the start of Act Four which sent all the lighting mad and halted proceedings for about five minutes.