Wagner
Die Walküre – the first day of Der Ring des Nibelungen – music-drama in three Acts to a libretto by the composer [sung in German, with English surtitles] 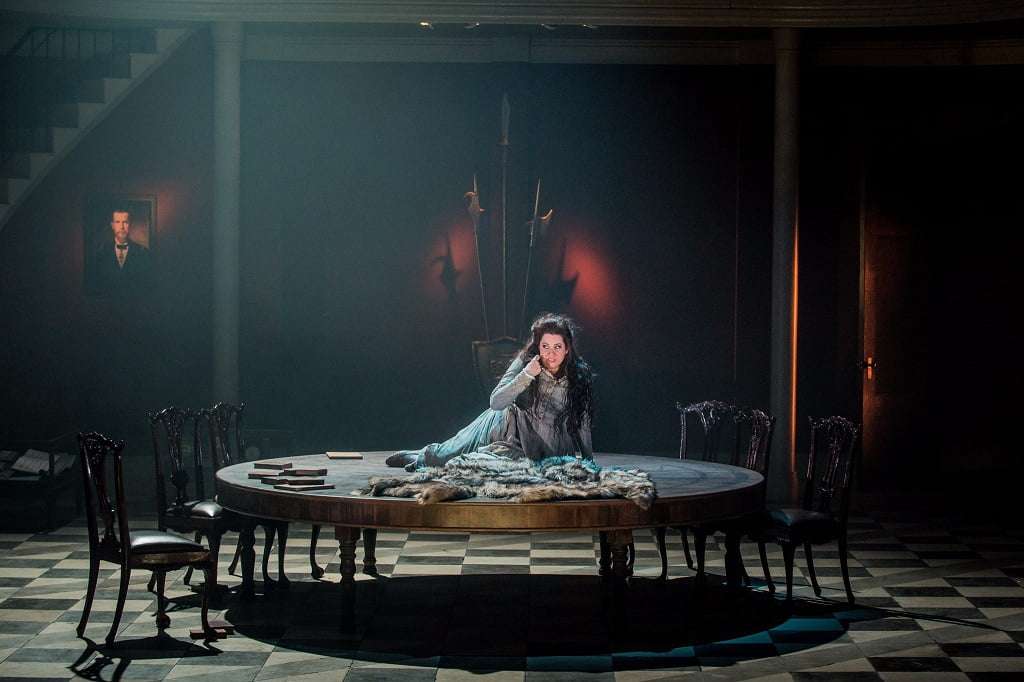 Stephen Medcalf has set Grange Park Opera’s new Die Walküre – the company’s first foray into ‘Ring’ territory – in the museum-standard collection of a grand bourgeois German house around the time of the opera’s first performance in 1870 (defined by the picture of Wilhelm I’s coronation as Emperor of a unified Germany). With the cycle’s totems and regalia – the ring itself, trinkets from the Nibelung hoard, Nothung, the preserved trunk of the world ash tree, Wotan’s spear – safely contained in display cases, there seems to be sufficient distance to get a dispassionate view of ancient myth in Wagner’s enlightened times. But the past, as Wagner knew, simply will keep reinventing itself.

This is very much a director’s staging, but one that Medcalf has applied with great imagination, lightness of touch and many a moment of sly humour. Jamie Vartan’s fixed, elegant set of a large room with a raised gallery is brilliantly informed in terms of décor and costumes, is probably the grandest design I’ve seen at Grange Park, and it sits majestically on the new house’s stage. With its iron pillars, grand glass cabinets and solid furniture, the various interiors exude late-nineteenth-century German confidence, which, as we know, will be unpicked within a few decades. Just as significantly, the twins Siegmund and Sieglinde’s incestuous love seems like a psychoanalytical case study of a neurotic, middle-class woman’s erotic fantasies; she is stuck in a loveless marriage to a prissy, manipulative husband, and gets what she dreams of with the half-savage Siegmund – the image of the fur-clad demigod, barging into the house’s inner sanctum like a heat-seeking missile doesn’t mince its Freudian sexual symbolism.

Bourgeois certainties are threatened even more effectively in the Wotan-Fricka confrontation of Act Two, an uneasy balancing of habit and affection versus long- and short-term moralities. This scene, with its outstanding observance of the couple’s civilised arguments over outraged proprieties being overwhelmed by Wotan’s primal despair, gets straight to the heart of Medcalf’s concept, and with Wotan’s musing to himself through Brünnhilde as the extension of his ego, Act Two evolves into a truly gripping piece of theatre. 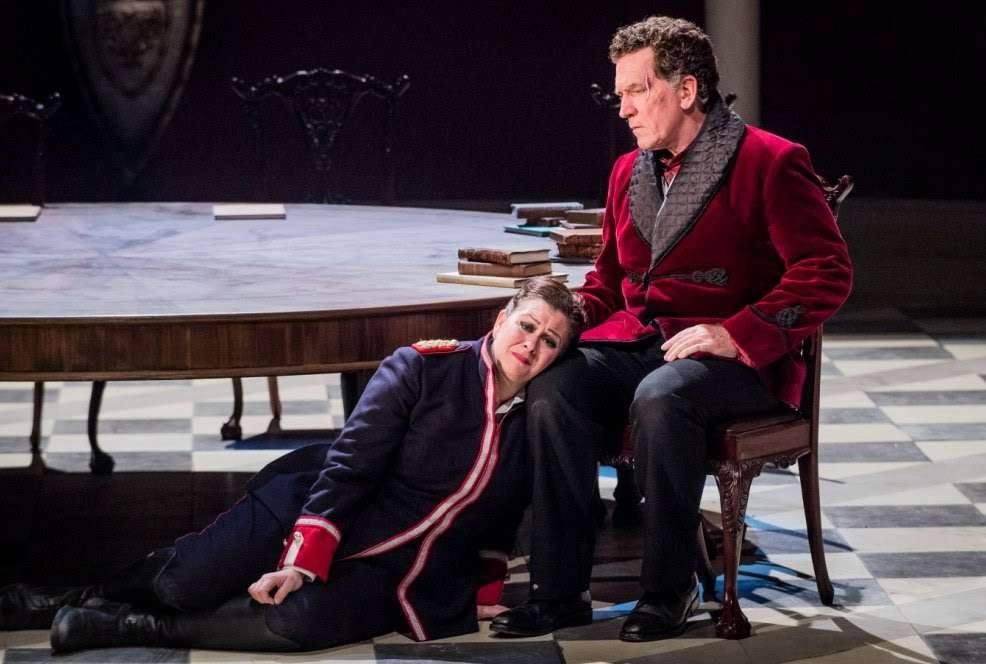 In a staging that bends a huge, elemental creation-myth to fit more confining sensibilities, Medcalf has drawn the Wotan-Brünnhilde/father-daughter relationship with particular insight. The warrior-goddess may now be just a jolly, horsey girl, but her humanity comes to the fore in her announcement of Siegmund’s death. The post-dinner-interval ‘Ride of the Valkyries’ has the eight girls, dressed in military uniform with ultra-Teutonic spiked helmets, stepping out of their display cabinets and tossing hero-sized bloody sacks around with great merriment, and their love of Brünnhilde and fear of Wotan was staged, once again, with impressive vitality, and they are formidable. There is another element, involving a museum curator and a maid (both silent, apart from a shriek at one seminal point from the latter), that looks back to Das Rheingold and forward to the rest of the cycle in a way that makes you think wistfully what a success Medcalf and Vartan could have on their hands with this tetralogy.

The singers are strongly cast. Bryan Register looks tough but vulnerable as Siegmund, and the soft baritone grain of his tenor suits the solemn ‘Todesverkündigung’ music beautifully. Claire Rutter, a nervy, compulsive Sieglinde, has the necessary gleam and penetration for an ardent ‘Du bist der Lenz’, and although she went a bit awry with the detail of the climactic ‘O hehrstes Wunder!’ its spirit was undeniable, as was the chemistry between the two of them. Alan Ewing, dressed in Bavarian hunting-gear more, you feel, for fashion than rural action, gives an incisive portrait of a narrow, controlling, closet-sadist Hunding, and Sara Fulgoni sings and acts magnificently as Fricka in a handsome, tailored riding habit.

Thomas Hall, Wotan in a velvet smoking-jacket, is every inch the compromised visionary and sustains the god’s big monologues with tireless authority, his ‘Leb’ wohl’ hitting the emotional spot. Similarly, Jane Dutton’s Brünnhilde seems completely at ease with the production and was at her considerable best in the Act Two scene with Siegmund.

There were moments when I longed for more volume and weight from the Bournemouth Symphony Orchestra at the big moments, and Stephen Barlow kept the relationship between pit and stage at the same level throughout. The final scene, with Brünnhilde surrounded by a ring of fire and Caspar David Friedrich’s sublime mountain paintings, added one more pregnant visual component to suggest that this Walküre is a ‘Ring’ cycle in progress – if only it were.