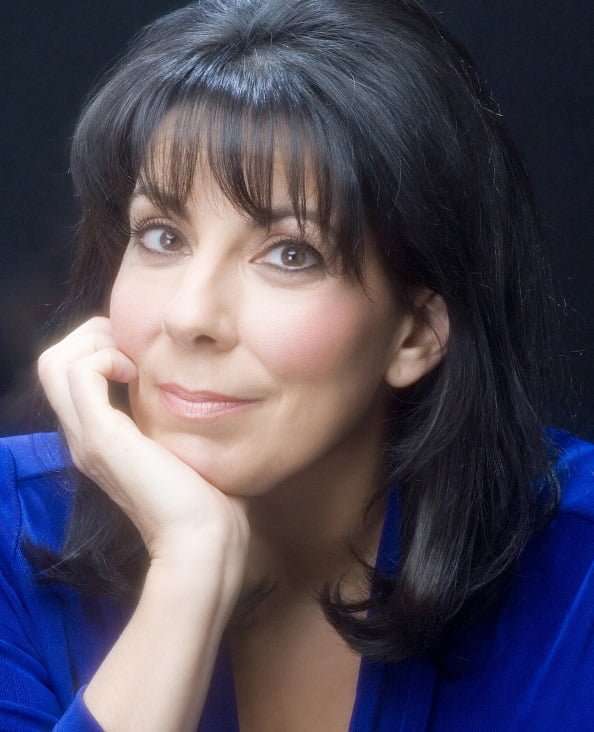 Christine Pedi, who focuses her Crazy Coqs cabaret act on the great leading ladies of stage and screen, has appeared in the legendary pastiche of musicals, Forbidden Broadway, and its sequel, Forbidden Hollywood, more often than any other player, and it is easy to believe, for she is more than just a brilliant mimic, but also a superb comedienne and a fine vocalist. Her uncanny depiction of Liza Minnelli is wickedly over-the-top while vividly truthful in its manic style, and has become part of Broadway lore. Like the other characterisations, it does not rely only on Pedi’s ability to reproduce the vocal timbre and mannerisms of the great divas, but also brings material that is often achingly funny.

Pedi sets the scene with renditions of the Rodgers & Hammerstein classics, ‘I enjoy being a girl’ and ‘There is nothing like a dame’, interspersing the lyrics with memorable lines, such as “As God is my witness, I’ll never go hungry again”, to “Fasten your seat belts, it’s going to be a bumpy night”. Pedi then conjures up more than a dozen incredibly accurate and hilarious impersonations, from Patti LuPone (whose diction comes in for a particular lambasting) through Ethel Merman to Eartha Kitt. Pedi reproduces her favourite number from Forbidden Broadway with a salute to Anna Karenina – Gerard Allessandrini’s setting of the melody for ‘The Atchison, Topeka and Santa Fe’ (“Do you hear that train coming down the track…?”. He also wrote the lyrics for a version of ‘Que sera, sera’ that offers advice to Doris Day (“A virgin you’ll always stay”).

Pedi has an attractive singing style, capturing the yearning of ‘The boy next door’, and getting the audience to join her in Jerry Bock & Sheldon Harnick’s ‘Picture of happiness’ from Tenderloin. Nathan Martin also joins in vocally for that number, and provides witty accompaniments in great style. A highlight from Pedi is her touching rendition of Larry Grossman & Hal Hackady‘s ‘Mama, a rainbow’ from Minnie’s Boys – the best version I have ever heard. In contrast ‘If you’re good to mama’ is an insidious vamp from Chicago, which Pedi sang during a spell in the Broadway revival.

Primarily, the evening is one of humour – some of Pedi’s conceptions make one smile as soon as they are suggested (Carol Channing in Les Misérables?) and her devastating depiction of Barbra Streisand is magnificent – an hysterically funny medley that starts with the all-American anthem, ‘Take me out to the ball game’. Naming the next song would spoil the fun, but the routine is a classic that ranks with the Minnelli. It left me hurting with laughter, as did much of this sparkling show.