Butterworth
Six Songs from A Shropshire Lad
Britten
Folksong Arrangements – O Waly, Waly; There’s none to soothe; The Crocodile; Sally in our Alley
Janáček
The Diary of One Who Disappeared – song-cycle to poems by Ozef Kalda [sung in Czech] 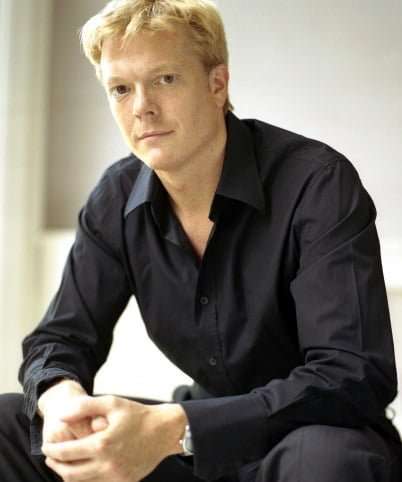 Toby Spence wisely changed the order of his recital so that the Janáček came last, guaranteeing an intense conclusion. The Butterworth and Britten also didn’t stretch his range, although any fears for this most expressive of tenors after serious illness has long been allayed. The baritone area of his voice is reassuringly seductive and intimate, and Spence has that vital knack of being almost conversational in his delivery, even if Milton Court didn’t favour projection of A. E. Housman’s wise but melancholic Shropshire Lad poems.

‘When I was one-and-twenty’ reminded us what a natural, low-key rapport Spence can establish with his audience, and in the morbid dialogue of ‘Is my team ploughing?’ he kept a lid on its potential for pathos overload, thus heightening its impact and giving us the benefit of the beauties of his head voice.

The nostalgia continued into his selection of Britten’s Folksong Arrangements until a welcome change of tack in the blustering ‘The Crocodile’, in which we got the drift if not the words of its preposterous tall tale. The middle of Spence’s voice may not have the bell-like clarity of Peter Pears in these transcriptions, but its even, vibrato-light quality easily folds into Britten’s freakishly apposite piano parts, at its expressive, inward best in ‘O Waly, Waly’, and Julian Milford gave the simplicity of the slower songs’ accompaniments the ideal level of engagement.

After the subtleties of English detachment, Spence showed off his dramatic range in an eviscerating account of Janáček’s The Diary of One Who Disappeared, his song-cycle about a young country-man who loses everything when he becomes obsessed – as did the composer with a married woman many years his junior – with a gipsy girl, which, in the right performance, can acquire a much broader, almost supernatural dimension.

Spence’s involvement with a man wrecked by passion was spellbinding and devastatingly accurate, and, given that the work oscillates between ferocious directness and cool observation, there wasn’t a hint of self-consciousness to his portrait. His head-voice bloomed, and he nailed the impact of the punishing top notes.