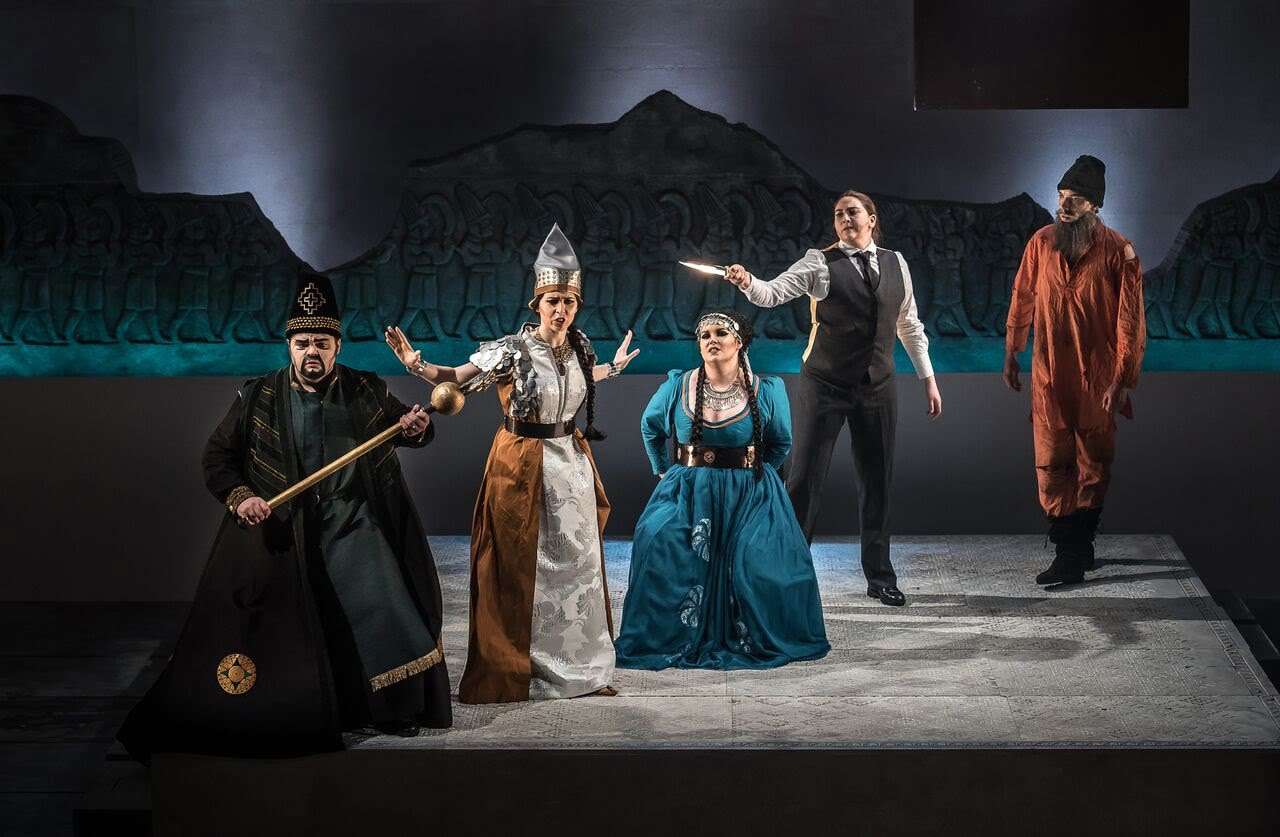 At a time when Donald Trump thinks it clever and grown-up to threaten other countries with displays of American force, and the General Election campaign in the UK descends into a crass parade of who would or would not deploy nuclear bombs, Handel’s Radamisto (1720) makes an opportune appearance at the Guildhall School, in its reflection upon tyrannical power.

John Ramster’s production might have us believe that the senseless violence and brutality which the ancient Armenian king Tiridate metes out upon Thrace, merely to further his lustful pursuit of Zenobia (the wife of his brother-in-law Radamisto) has no bearing upon the supposedly enlightened world today. Ramster does this by conceiving the work as a discrete drama within the opera, put on in a museum to evoke the Ancient Near East with its exhibits, which is mounted before two contemporary heads of state who meet on a diplomatic mission. But the modern and the ancient actively collide as the contemporary-costumed extras take the parts of the warring sides in the drama, making it clear that violence and selfish personal ambition are endemic to political regimes of all times. 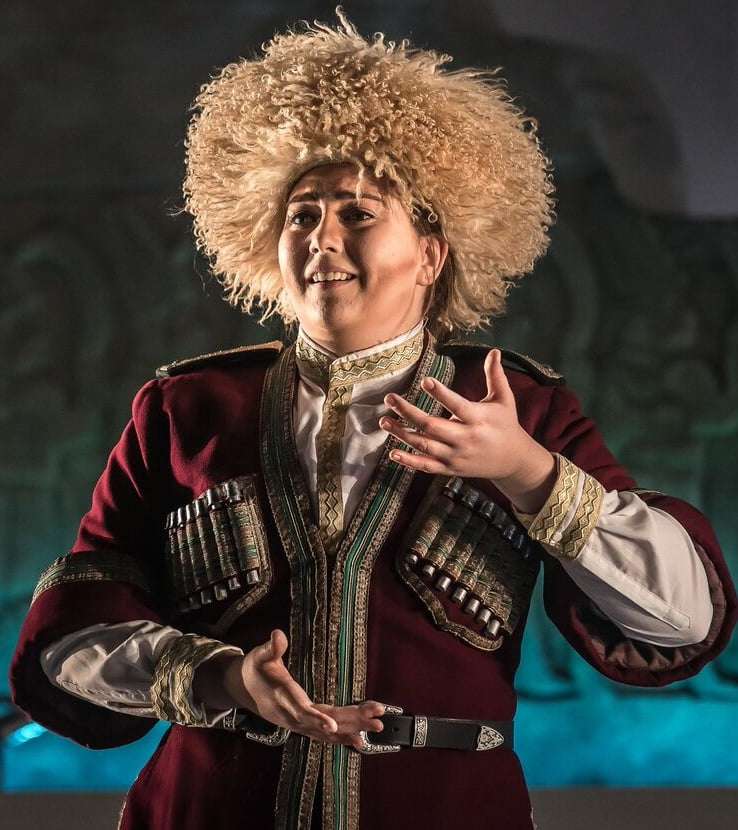 Amidst all that, other costumes take inspiration from the eighteenth-century, referring to the style in which Handel’s opera would first have been seen, and in the first Act particularly, the cast use mannered gestures to heighten the spectacle – again drawing upon, and making gentle fun of, the practice of Baroque opera seria (though such formulaic mimed action is also reminiscent of silent films). That practice runs parallel with the nature of the arias in such opera as vehicles for extravagant vocal display, not least as Margo Arsane convincingly uses that as the fearsome means by which to stand up to Tiridate as his long-suffering wife, Polissena, with impressive coloratura in her climactic aria ‘Sposo ingrato, parto si’. Form and content merge, therefore.

The cast of singers from the Guildhall School are generally at home in the idiom of Baroque opera, executing it confidently and with ease. Dominick Felix conveys both the imperious and ridiculous nature of Tiridate (who, here, is turned on not so much by Zenobia herself as by his own sadomasochistic tendencies) through powerful, though slightly grainy, singing. Jade Moffat’s Zenobia is equally as assertive, musically, making a strong impression despite her compromised position. Chloë Treharne’s Radamisto expresses fidelity and patience with quieter ardour, though her rapid, wide vibrato detracts a little from the character’s dignity.

The remaining parts are at least as strong, ensuring that the musical interest never flags – with sparkling and controlled singing from Joanna Marie Skillett and Elizabeth Skinner in the ‘trouser roles’ of Tigrane and Fraarte respectively, and an unflinching Farasmane from Bertie Watson, the father of Radamisto and Zenobia who spends much of his time in chains.

A small orchestra (3.3.2.2.1 strings, and pairs of oboes and trumpets in addition to the continuo) brings a raw energy to the score, sometimes not entirely polished. But Chad Matthias Kelly’s conducting keeps up a cracking pace throughout – perhaps even at the risk of skating over the more emotionally intense numbers. The onward succession of recitatives and arias never palls, demonstrating how a predictable format can still be made thrilling in the theatre. That will please Handelians and more general opera-goers alike, and an additional point of interest is that this production uses Handel’s original version of April 1720 (which opened his prestigious opera company, the Royal Academy of Music – nothing to do with the present institution in London). The revised version of December that year is usually heard otherwise, but the earlier one is more dramatically taut and features significantly different music, including the ironically heroic aria ‘Alzo al volo’ for Tiridate. This is a stimulating interpretation of one of Handel’s most vivid and memorable operas.