Suddenly it was Summer. There was a sense of local occasion, sitting on the hard grey pews (cushions provided) while the setting sun streamed through the stained glass of the west window, under the altar of this elegant eighteenth-century parish church. 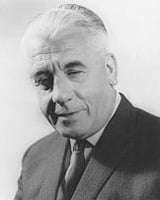 Peter Warlock’s Capriol Suite made a fitting opening to this Gala Concert to aid Marie Curie Hospice, Hampstead. It is Warlock’s homage to an Elizabethan ancestry. The dances carry titles like ‘Bransles’ and ‘Mattachins’, ‘Pavane’ and ‘Pieds-en-l’air’ and, for the most part, carry rhythmic patterns derived from Arbeau’s “Orchésographie” published in 1589. On its first performance in 1926, Warlock’s largely original work must have sounded to the ears of the day like a modern dressing of an older work. Now, as George Vass and the Hampstead and Highgate Festival Orchestra made absolutely clear, Warlock’s scoring sounds like a period-piece in its own right – very much of its time, and none the less engaging for that.

The Mozart Flute Concerto filled the church with joy. From Kathryn Thomas the often-intricate solo part tripped along with a bright yet mellow tone – much to admire there. Her speeds were quite fast, but with never any sense of being rushed or spat through without regard for eighteenth-century poise. For some reason, the orchestral opening to each movement sounded heavy and wooden (for a few bars only) before settling into something much more elegant and refined. The cellos and double basses projected their sound towards the audience – welcome to hear.

Adam Gorb’s Serenade for Spring sat demurely in this company – a light, warm-weather repast, with three courses, beginning in snow. The piece is sparingly orchestrated and elegantly devised, alternating between swirls of notes resembling flurries of light snow from flutes and oboes or a fluttering of blossom blown about in the breeze from violins and violas against unexpected appearances of long-held notes, usually on the horns. The percussion was used effectively. We heard glockenspiel, sleigh-bells, tubular bells, a tom-tom, bongo, tambourine and cymbal; all made telling points, succinctly. The strings had various instructions, a proliferation of time-signatures and cross-rhythms; the outcome sounded gentle and urbane, but was also articulate and clever.

Thomas Gould had a little difficulty sorting out how much sound the church cold carry. His opening was recessed, as it should be, but also somewhat hesitant. The performance of The Lark Ascending grew in assurance, dispensing the notes with respect for the lark’s own gift and Vaughan Williams’s glorious, aspiring, timeless transcription. Gould had no desire to proclaim his ego. Vass and the HHFO accompanied discreetly.

Mozart’s A major Symphony made a candle-like climax to the celebratory concert. The sun had now set and the west window looked out towards the fallen night. Inside the building, we were given a chance to relish fully the masculine delicacy of Mozart’s scoring, to enjoy the strings once more, but delight, too, in hearing the woodwinds to fuller advantage than earlier. The performance lit up the dark – a credit to George Vass and to the musicians who played for him with such dedication.