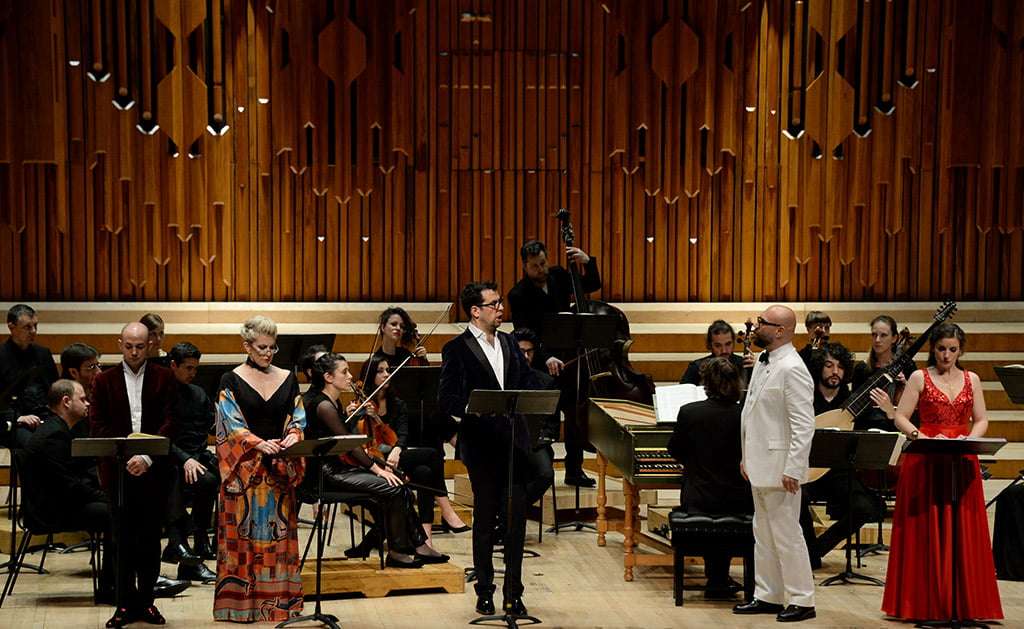 Agrippina (1709) constitutes the climax of Handel’s three-year apprenticeship in Italy when he came to full artistic maturity. Premiered in Venice, it tells the back-story of another celebrated opera written for that city, The Coronation of Poppea. But whether or not Handel knew Monteverdi’s earlier work, he responded to Vincenzo Grimani’s comically ironic and cynical libretto with astute musical skill to create his first indisputable operatic masterpiece.

As part of their residency at the Barbican Centre, Il Pomo d’Oro brought thrillingly to life in this concert performance the machinations perpetrated by Agrippina to bring her son, Nero, to the Roman imperial throne. From the Overture onwards, Maxim Emelyanychev directed a keen, forward-driven account of the score which yet avoided exaggerated effects or mannerisms. It carried the drama fluently, effacing any clunky gear-changes that can arise in more routine interpretations of the recitatives and arias which comprise opera seria. The result was that a distinctive colour or temper inhered in each number, making for a coherent musical drama across the three Acts. A good instance of that was found in the sweetly playful performance by Roberto de Franceschi on oboe in counterpoint with Agrippina for her confident ‘L’alma mia’, in contrast with the same instrument’s sympathetic wailing in ‘Pensieri, voi mi tormentate’, evoking the troubling succession of thoughts Agrippina describes there.

The singers were more wilful, however, tending to indulge in a camp caricature of the drama and flouncing around the stage, rather than engaging more subtly and imaginatively with the latent wit of the libretto – one of the best that Handel ever set. Certainly there was fine singing from all, just about, but at this level that is taken as a given. Joyce DiDonato put in a characteristically assertive performance – as Joyce DiDonato; but effusive and over-projected singing obliterated the more complicated dimensions of Agrippina’s persona, such as that monologue, which should draw an audience into her mind instead of keeping it at something of a fearful distance. 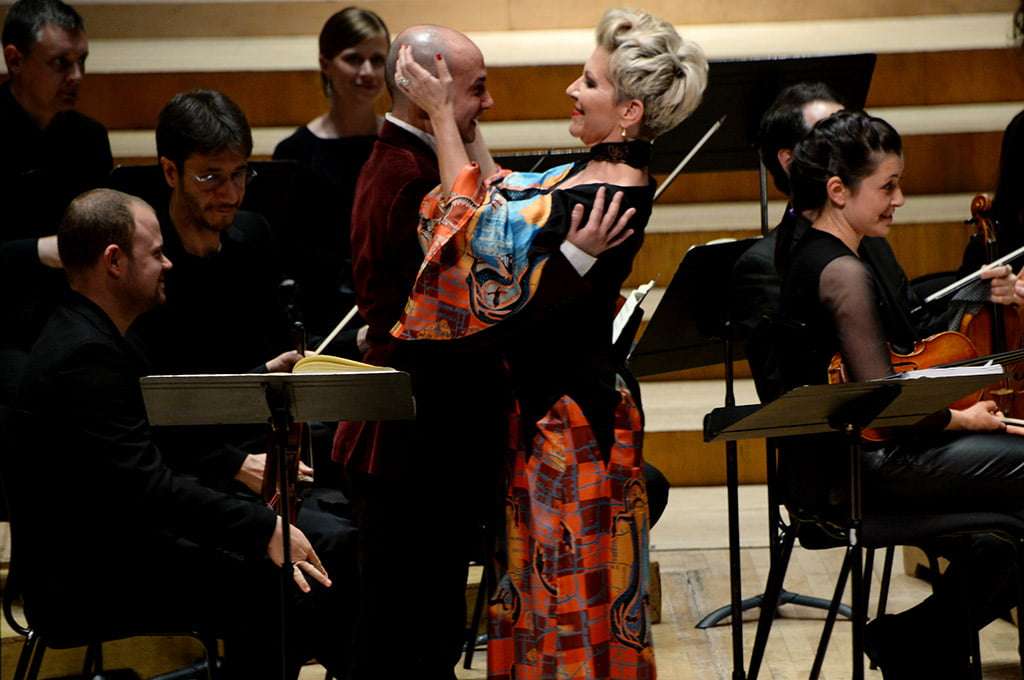 The fluid rapidity of Franco Fagioli’s vocal technique also often served the interests of florid virtuosity for its own sake – impressive as that was, especially in his final aria ‘Come nube’, which Handelians will recognise as forming the basis of the better-known ‘Vivi tiranno’ in Rodelinda – though it was certainly possible to hear Nero’s effete wiliness. Fagiolio clearly brought that out also with his louche appearance (velvet jacket, shiny red and black shoes) and his fawning to Agrippina. Equally oleaginous were the opportunistic suitors to Agrippina, Pallante and Narciso in the colourful realisations by Andrea Mastroni and Carlo Vistoli respectively. The overly gestural approach by Mastroni, DiDonato and Fagioli will presumably work better and more seamlessly when they return to London in the autumn to undertake the same parts on the Royal Opera House’s main stage.

By contrast Xavier Sabata’s Ottone and Elsa Benoit’s Poppea stood out for the sobriety of their portrayals in the only two really sincere roles in the opera, both sounding pure and mellifluous. As Claudio – the Emperor rumoured to be dead at the beginning of the narrative, and who eventually cedes the throne to Nero – Luca Pisaroni was somewhat wooden, even taking account of the character’s generally stern, distant authority. But more tenderness could have informed ‘Vieni, o cara’, sung as the expression of his illicit passion for Poppea.

In all, there was plenty of excitement and spirit, and certainly there was much of the necessary high drama and tension to be expected from a Baroque opera. But it was also distracting in equal measure, particularly with vivid impressions still in the mind of a much less volatile and more consistent musical realisation at last year’s Grange Festival which was allied with a clever production.