Handel
Alcina – Opera in three Acts to an anonymous libretto after an episode in Ariosto’s Orlando furioso [sung in Italian, with spoken English narration by June Chichester] 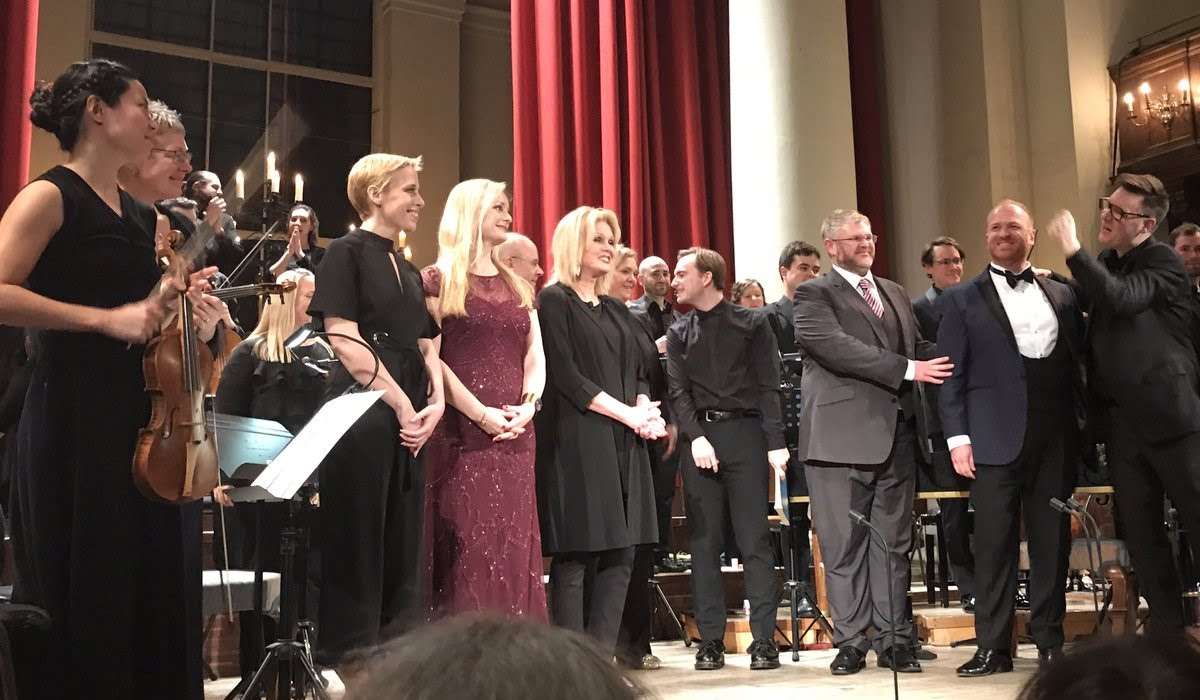 This odd presentation – in a sense, adaptation – of one of Handel’s greatest operas was served up as a prelude to this year’s London Handel Festival. But it is not clear at whom it was aimed, or who might benefit from it. Perhaps intending to make it ‘accessible’, all the recitatives were cut and substituted with some fruity and suggestive narration, delivered as such by Joanna Lumley. June Chichester’s text was a rather facile précis of events, very often simply paraphrasing the succeeding arias – in other words, pointlessly duplicating the programme notes and the translations of the arias therein.

Let us assume that the intentions for this project were good; the results, in practice, were unedifying. First it was not ‘authentic’ as the programme claims. The opera may well have been presented in Brunswick, in 1738, with the recitatives between the Italian-language arias given in German, but they were still sung. As such, that would still leave the musical integrity of the work intact, and few people would dispute the desirability or even necessity at times to translate the text of a sung composition to facilitate comprehension. But substituting the many passages which effectively carry the narrative, in favour of spoken summaries, simply deracinates the opera and renders it as a sequence of incidental music, caricaturing the conventions of Baroque opera seria – conventions which need sympathetic handling rather than being demeaned.

The effect was like plucking out the musical currants and cherries from a fruit cake, leaving just a recital of selected ‘hits’: of the opera’s thirty vocal numbers, twenty-two were performed here, including, perhaps contradictorily, Alcina’s orchestrally-accompanied recitative ‘Ah Ruggiero crudel!’ which precedes her aria ‘Ombre pallide’. Why privilege that over all the plainer recitative with continuo alone? And why cut an aria such as Ruggiero’s ‘La bocca vaga’, which is as memorable as any of the great arias included in this performance? Why not also include, for the sake of formal variety, some of the dances which Handel, unusually, specifically supplied for this opera? It would be far-fetched to claim that the structure of opera seria – alternating recitatives and arias – is anything like as flexible or dramatically integrated as Monteverdi’s, say, or those operas which followed Gluck’s reforms. Nevertheless there exists a contrasting but ultimately seamless musico-dramatic whole within the succession of varied emotional states distilled in the arias set amidst the more coolly executed recitatives which advance the plot. 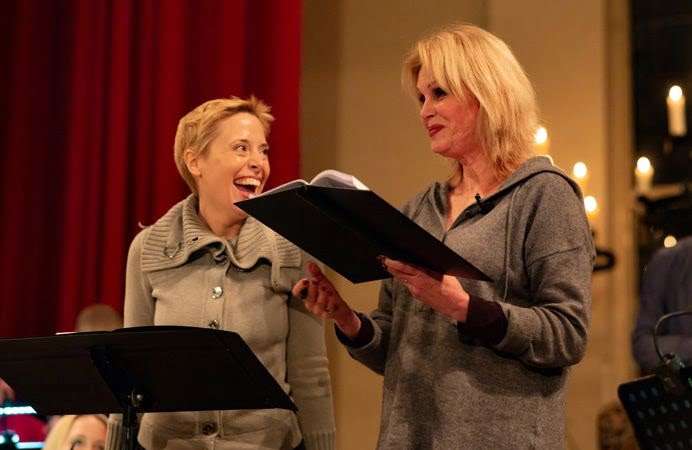 This presentation ignored the fact that the recitatives are the subtle threads which modulate the moods and harmonies between each aria; discard the necklace chain and the beads hung upon it become a disconnected heap. It also did injustice to Handel whose recitatives often make Mozart’s and Bach’s look routine by comparison, as their melodic profiles and harmonic sequences carefully and imaginatively trace the emotional thrust of the action, and in good performances can be as dramatically thrilling as the arias. As such, one wonders how the performers themselves felt about being denied a good chunk of material that enables them to get within the psychological frame of their characters before tackling the musical high-points of the arias.

The performance by David Bates and La Nuova Musica was, on it own terms, generally unhampered by the deadening effect of the ‘production’, although the arias were perhaps marginally subdued, lacking the lead-in they would have had with the recitatives. La Nuova Musica sustained a consistently engaged approach to the varied range of Handel’s inspiration, allowing the affetto or mood of each aria to arise naturally from the music itself with a light touch, rather than imposing it from without. In various numbers one of the instrumentalists emerged to stand alongside the singer to underline the score’s ebullience, above all Leo Duarte’s amorously cheeky obbligato on oboe for Morgana’s celebrated ‘Tornami a vagheggiar’.

The singers gave musically convincing accounts of parts which were reduced to dramatic cardboard cut-outs. Lucy Crowe combined allure and authority, if sometimes hard-edged, as the eponymous sorceress who lures her would-be lovers to her island of enchantments before turning them into other creatures or objects once she has exhausted their usefulness. Given the proximity of the venue to Parliament, it is maybe tempting to think of Theresa May presiding over her embattled realm of Brexit fantasy and illusion, although with the significant difference that Alcina is notably more successful in winning round admirers into her lair, at least initially.

Nor does May have any accomplices as sparkling and crisply captivating as the Morgana of Rebecca Bottone, a fine match for Alcina in terms of musical glamour. Patrick Terry brought ardour and expressiveness to Ruggiero, Alcina’s latest prey, without sounding cloying or self-satisfied – indeed his legato was as cleanly-focussed in the ravishing ‘Verdi prati’ as it was controlled but heroic in the triumphant ‘Stà nell’Ircana’. Madeleine Shaw was necessarily more moderate as his jilted lover Bradamante, though occasions for more vocal effusiveness tended to issue in something of a drawl. Christopher Turner and William Berger gave creditable accounts of Oronte and Melisso respectively.

John Caird’s intervention as director was confined simply to the minimal gestures and mimes made by the characters which appeared more to send up the exorbitant emotionalism of this Baroque music than engage with it. Splitting the instrumental ensemble between the continuo on one side of the stepped stage, and the higher-pitched melody instruments on the other, with the singers in between, broke up the balance of the music, so that it became like a lopsided Concerto grosso, pitting a high tessitura against the lower.

Seasoned Handelians will likely have felt short-changed and regard these innovations as nothing more than the “experiment” they are described in the programme, offering no insight into the work, indeed even confounding the possibility. Those less-familiar either with this particular work, or Baroque Opera generally, will probably remain little better informed about its apparently stilted form – one might even have felt patronised by this attempt to ‘explain’ the plot – but Handel’s purely musical genius shone through clearly enough.