Handel
Arianna in Creta – an opera in three acts 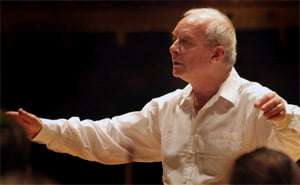 Racehorse trainers generally give their charges a sizeable break between races to allow them to recover from their exertions. Occasionally, however, winning runners are brought out quickly in the hope of profiting from their good form. Christopher Hogwood chose the latter plan for his forces: after outings in Birmingham and Brighton within the week it was the turn of the metropolitan audience to have this rarely-performed and even more rarely recorded Handel opera from 1734 to gallop and leap its way round the course.

This was no five-furlong race but a test of stamina, three hours of music in this uncut version, not all of it indispensable. Neither of the Handel oratorios which I have heard at this venue since this celebratory series began at the start of this year (Handel died 250 years ago) had a note too many. There were times during “Arianna in Creta” when yet another bravura aria started up that one had the feeling of having been round this course more than once before.

One wonders whether Handel was influenced at this period of his career by artistic politics and the necessity to show off the talents of his newly-recruited team of singers after the loss of the supreme castrato Senesino and the establishment of the rival company known as “Opera of the Nobility”. Clearly the composer, even if in being seduced by the attractions of oratorio, had not lost his touch, with some of his greatest operas to follow after the settlement of this rivalry, but with ‘Nobility’ opening its first season with the musical director’s own “Arianna in Nasso” the suspicion remains that Handel was putting his own skills in setting a related mythological subject before the court of public opinion.

Hogwood set fast tempos for the heroic arias and certainly did not overdo the sentimentality of the grave ones. Replacing the two castrati who originally sang the roles of Teseo and Alceste, the intended casting envisaged Angelika Kirchschlager as the former and Lisa Milne as his noble friend. The withdrawal through illness of Kirchschlager did not affect the female domination of the solo voices but did strip a coating of excellence from the performance. 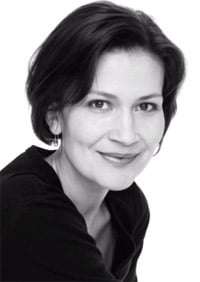 Kristina Hammarström has performed the part of Teseo but her account of it was inconsistent. The majority of Teseo’s music is formidably testing, requiring fast agile motion at speed. Hammarström had all the notes but in her first, belligerent aria ‘Nel pugnar col mostro infido’ she seemed to be concentrating on the runs, her head buried in the score, with a consequent loss of vocal presence. In the Act Two aria ‘Salda squercia in erta balza’ she was given even less rest by its bubbling coloratura but emerged triumphant. There was still something missing, however: the gleaming top that this part surely demands in the poignant music. The slow aria ‘Sdegnata sei con me’, in which Teseo reflects upon his dilemma, was nevertheless invested with sincerity and tenderness, the da capo section punctuated by great upsurges of feeling.

Lisa Milne incisively characterised the role of Alceste. Her first appearance, eager to go into combat with the monster, revealed his noble motives and the warmth of his love but also that this was a man with ideas above his station; the poetic pretentiousness of the text also signalled this. The ‘analogy’ aria ‘Son qual stanco pellegrin’ maintains the characterisation and is one of the most imaginative pieces of writing in the work. The orchestra takes second place as a solo cellist has an independent singing line to play, as well as a contrapuntal passage with the voice and a cadenza in the ‘A’ section. Hogwood balanced this ideally with the vocal part, while Milne showed her ability to cover her tone in the da capo, performed sublimely to an audience whose silence and concentration could be palpably sensed.

The role of the threatened Carilda, surprisingly allotted to a contralto, found an impressive interpreter in Sonia Prina, whom I had admired before in this repertoire. The voice is even and beautiful throughout its range, with a ring to its upper notes which made her flashes of temperament powerful and incisive. Prina was creative in her treatment of Carilda’s three arias. Formal in Act One, condemning inconstancy as to the manner born, in Act Two she sang the nimble number which forms a backlash after being rejected in love with increased confidence, then played the coquette with Alceste in the final act. 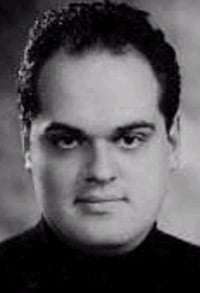 The only male singer, Antonio Abete, delivered his recitative crisply but was less impressive in his single aria, smothering the text in vocal wool, but the other Cretan character Tauride, was a conspicuous presence dramatically throughout. If her first aria betrayed some weakness in Marina De Liso’s chest register, she leant tellingly on the discordant notes. In Act Two she was the beneficiary of vintage Handelian orchestral characterisation in Tauride’s boastful aria ‘Qual leon che fere irato’: the composer brings in the horns, otherwise rarely used in the piece, their raucous braying clearly guying the would-be warrior’s exaggerated claims. De Liso’s cadenza ranged thrillingly from top to bottom of her voice.

If Teseo’s abundance of solo arias imply that he was the principal character in the original score and that Handel wished to exploit the skills of his leading performer Carestini above all others, the title of the finished work remained “Arianna in Creta” and here the pivotal character of Ariadne was restored to the centre of interest because of the commanding vocal performance of Miah Persson. The voice sounded a little light as heard in her first aria but she rose to the measure of the great statement of warring emotions once the seeds of jealousy were sown in ‘Sdegno, amore’. Both were fully incarnated in the repetitions of those opening words but there was never any doubt of which emotion was the deeper-seated and the pearl-like tones of Persson’s lyric-soprano were well-matched to the song. Her next aria, with Arianna in a state of deep pessimism, was delivered with no less angelic tone and she brought Act Two to a close with an account of the extended ‘Se nel bosco resta solo’ which was emotionally touching, tonally ravishing and vocally accomplished, with trills beautifully absorbed into the line. There was her acting to consider, too: she conveyed the character’s jealousy, bewilderment and eventually joy and consistently evoked sympathy.

The Barbican Hall has heard virtually all the period instrument bands in the last year. I find them much of a muchness, none are less than amazing in technical quality and eloquent in the service of the music, the strings of the Academy of Ancient Music sweeter in tone than their counterparts. Hogwood’s avuncular direction was punctuated by his and his band’s enjoyment of particular details, the fading to nothing of phrases in the minuet section of the overture, for example, or the magical orchestral passage depicting Teseo’s sleep in Act Two.

I must end by elaborating on my reservations about the opera itself. It seems to me to confirm some of the criticisms that kept Handel’s operas off the stage for so long. The slavish adherence to the model of the opera seria structure, with numerous reflective, non-dynamic arias, the unrealistic plots, the far from heavenly length. We know now with what imagination and inspiration Handel could invest the conventions in his major works but “Arianna in Creta” is not a forgotten masterpiece. True, there are some exciting display pieces (though too many for one character) and some deeply expressive music for others, but some of the arias are superfluous, even for the major characters (Teseo’s ‘Al’ fine amore’ in Act Two and Arianna’s ‘Turbato in mar si vede’ in Act Three, for example).

Even the central figures’ final duet, beautifully constructed though it is, is too long, along with several of the individual arias. The list of characters may contain the all-too human and sympathetic Arianna but also the implausible Teseo and the caricatured Tauride. The drama itself is impossible: at one point in Act Two a misunderstanding is swiftly followed by a misunderstanding about the original misunderstanding! I cannot see any opera company reviving the work with so many other worthy Handel operas to choose from. Nevertheless, we should be grateful to the stable for giving their charge these outings.