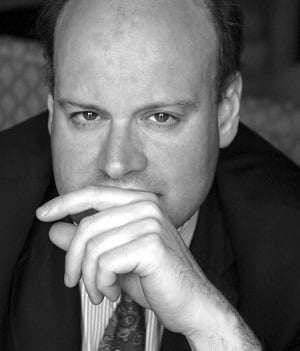 To round off this year’s (and twenty-ninth) Christmas Festival at the chandelier-adorned St John’s, its artistic director Stephen Layton conducted a splendid Messiah with his choral group Polyphony. This was my second Messiah in a few weeks and, as then, the OAE was the band, excellent in all it did, really lovely playing, Matthew Truscott’s violin solos quite exemplary, so too the continuo of cello, double bass, chamber organ and harpsichord.

Throughout, Layton led an expressive and dynamic account, intimate and outgoing, sprightly and grand, and full of dramatic attaccas and interventions, and pregnant pauses. Thw members of Polyphony were terrific. Words were unfailingly clear, the singers nimble and as unanimous as anything, gentle, refined and delicate, and for a choir of 32 (eight each of SATB) remarkably venue-filling without forcing the sound.

The soloists were scarcely less fine. Katherine Watson was poised, sensitive and also fearless when vocal gymnastics were required. Iestyn Davies brought crystal-clear pure tone to everything he did, Gwilym Bowen was attractively confidential and mellifluous, and Neal Davies imposed wonderfully (spitting out syllables in ‘Why do the nations?’), and not least in a regal ‘The trumpet shall sound’; it did too with David Blackadder (once again) a master of the part. 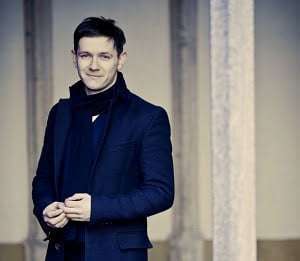 There were a couple of oddities, such as the extended tuning session midway through Part 2 (Layton leaving the platform), which rather lost the mood for a while, and, at the conductor’s behest, we had no choice but to stand for ‘Hallelujah’ – given joyously – when normally people do so of their own volition (after the example of George II). Having recently tuned, another session took place (Layton again exiting) at the close of this chorus.

Small matters though when set against Handel’s sustained genius and this outstanding rendition. Layton occasionally found Plainchant references in the more-solemn choruses, and presented his trump card in the final lap, ‘Worthy is the Lamb … Amen’, the very end of it broadening to a heightened sense of majesty and exultation, Stephen Farr now transferring to the venue’s own organ to swell the sound and superbly cap the whole.

The performance was filmed. The broadcaster is to be confirmed, but Sky Arts seems a good bet. Worth catching, for Layton and his performers captured the style and spirit of the score and avoided slavishness and pedantry, and the result was a Messiah that was glorious and exhilarating.