The Choir of Trinity Wall Street 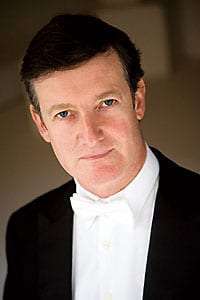 This concert performance of Theodora was the second in an ongoing series of Handel operas and oratorios by The English Concert at Carnegie Hall that was launched a year ago with Radamisto and will continue next season with Alcina, scheduled for October.

Theodora, composed late in Handel’s life, was the composer’s favorite among his oratorios, but it was not a popular success. Both its story about Roman Catholic martyrs and the intimate and subtle music proved unappealing to the predominantly Protestant English public accustomed to grander Handelian fare. However, Theodora has returned to public favor in recent years thanks in large measure to a 1996 staging at Glyndebourne Festival Opera directed by Peter Sellars, which set the story in modern-day America rather than fourth-century Antioch. This English Concert performance demonstrated that the music and story stand magnificently without any such tinkering. 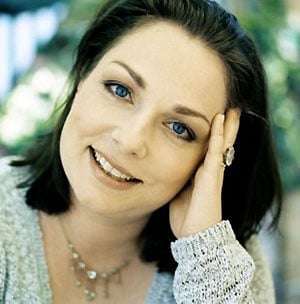 Theodora, a Christian noblewoman, refuses to obey a decree by Valens, the Roman governor of Antioch, requiring the populace to worship the Roman gods in celebration of the Emperor’s birthday. For her defiance, she is sentenced to serve as a prostitute in the Temple of Venus, which she regards as the worst-possible fate. Didymus, a Roman soldier who has secretly converted to Christianity, loves Theodora and arranges her escape, for which he is condemned to death. Her attempt to free Didymus by surrendering herself to the Roman authorities backfires when Valens condemns them both to execution – to which they calmly submit.

The members of The English Concert, ably directed from the harpsichord by Harry Bicket, convincingly demonstrated its affinity for Handel’s idiom in the Overture, in which the concertino of oboes and violin stood out above the ripieno strings and continuo, the high-point being the delicate Trio between the Allegro and the even livelier concluding Courante. The period-instrument ensemble was joined by valve-less trumpets and horns, which leant a touch of splendor to several of the choral numbers.

The story unfolds largely through recitatives and arias by Valens (whose sinister despotism was vividly depicted by Neal Davies) and Septimius, Didymus’s superior officer and friend. Kurt Streit excellently portrayed Septimius’s struggle to reconcile his sympathy for his friend and the persecuted Christians with his duty to obey Valens’s commands in “I know thy virtues … Descend, kind pity, heav’nly guest”, and later in the touching “From virtue springs each gen’rous deed”. Irene, Theodora’s confidante and the spiritual leader of the Christians, does little to advance the plot, but is given many fine numbers, all sung superbly by Sarah Connolly, her pianissimo breathtaking in “As with rosy steps the morn”, and her rendition of “Lord, to Thee each night and day” heartfelt and achingly lovely.

Dorothea Röschmann brought her pure, beautiful voice to the central figure of Theodora, whose readiness to face death is fervently expressed in “Fond, flatt’ring world, adieu”. Her second-Act “With darkness deep as is my woe”, set within a grim Sinfonia in which a pair of flutes adds a further touch of sadness, stands out as a departure from the otherwise pervasive da capo form. In the role of Didymus, David Daniels came through a bit stridently at first, but as the performance progressed his countertenor settled into a richer place in “Deeds of kindness to display” and peaked in “Streams of pleasure” in the final scene between the condemned lovers, with his voice and Röschmann’s harmonizing with radiant beauty in “Thither let our hearts aspire”.

The 25-member Choir of Trinity Wall Street was marvelous, both in the rhythmic choruses of Roman citizens and the more contrapuntal ones of the persecuted Christians. They may lack the grandeur of the famous ones in Messiah, but their rich harmonies and complexity are exceptional. Indeed, Handel prized the three-part “He saw the lovely youth”, which closes Act Two, above even ‘Hallelujah’. It was rendered here with clarity and delicate beauty. Although the concert ended little more than a half-hour before the start of the Super Bowl, America’s most widely-viewed sporting event, nearly all in the audience eschewed a quick exit, remaining to shower the performers with prolonged applause and cheers.