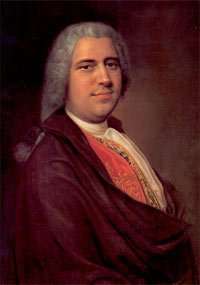 Why is the name and music of Johann Adolf Hasse (1699-1783) so little known today? Immensely prolific, Hasse’s widely acclaimed operas were performed at most major theatres and courts in Italy and Dresden, and admired by no less than J. S. Bach and Mozart.

The answer is probably that Hasse falls between two stylistic stools: a child of the baroque, the influences of Vivaldi, Pergolesi and his own teacher Alessandro Scarlatti were soon being enhanced with a Telemann-like embracing of the gallant that shone a light to Gluck and, eventually, Mozart. Hasse’s unusually long life-span and extensive career emphasise this: his earliest operas for the Neopolitan court date from the mid-1720s; his last composition was a grand Mass in G minor written in 1783, the same year as Mozart’s great (unfinished) Mass in C minor.

Ensemble Serse, under the enterprising drive of male soprano Calvin Wells, has resurrected “Il Siroe” (1733), preparing an edition to present the first complete modern performance. On the evidence of this concert, there are more compelling reasons to rediscover Hasse than mere historical curiosity: the drama and musical invention of the operatic writing rivals Vivaldi and Handel, and Hasse’s forward-looking idiosyncrasies prove distinctive.

The period-instrument Ensemble Serse, lead with conviction by Oliver Webber, belied its small numbers (4 violins and single viola, cello and double bass, periodically augmented by a pair of oboes/recorders, horns, and a bassoon) with impressively assured playing and generally tight-knit ensemble under the dynamic direction of Christopher Suckling, who demonstrated great affinity for the idiom.

Stylish harpsichord continuo was provided by Erik Dippenaar, joined in the recitatives by Suckling himself on the cello. The often extensive recit scenes were generally alert and well-paced, though there might have been fewer rough edges if the harpsichordist had not been positioned with his back to the director.

The remarkably talented young singers all gave committed performances, bringing this unfamiliar music to life with engaging aplomb. With few precedents to work from, particular praise goes to their creative attempts at ornamentation and cadenzas (with varying degrees of stylistic integrity and successful realisation). There were a couple of stand-out voices which we are likely to hear a lot more of: creamy soprano Catrine Kirkman displayed stunning fluency and sparkle in her rapid-fire coloratura; Julian Forbes proved himself a tenor of rare depth and richness of tone.

Starting at 7 p.m. and not ending until 11.40 (with only two 15-minute intervals), this was a long evening. Despite great beauty and relative variety in the music, it was impossible for even the most devoted listener to fully assimilate it all (in Hasse’s day audiences weren’t expected to maintain full attention throughout). The quality of the performance was strong enough to captivate, however – and almost overcome the discomfort of hard, narrow pews.

This was a highly commendable endeavour, making up for occasional lack of polish with vibrancy and absolute commitment. It certainly whets the appetite for the wealth of Hasse still waiting to be discovered; hopefully others will follow Ensemble Serse’s pioneering example.