Walton
The Bear – Extravaganza in one Act to a libretto by Paul Dehn after the short story by Anton Chekov [sung in English; performed using reduced scoring by Jonathan Lyness] 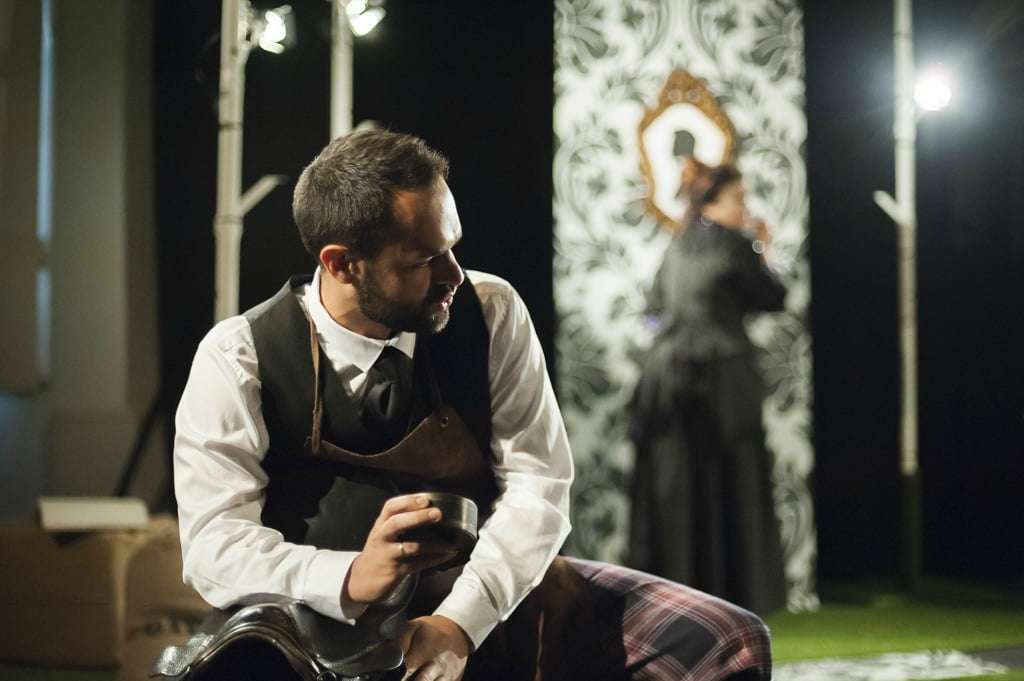 Chamber opera doesn’t get much funnier than William Walton’s The Bear, presented at the Hay Festival Winter Weekend by Mid Wales Opera as part of its Small Stages initiative.

Walton’s second stage-work was first produced at the Aldeburgh Festival in 1967 (alongside Lennox Berkeley’s The Castaway) and written during a difficult time when the composer was being treated for lung cancer. At St Mary’s Church, this three-handed tale of grief, debt, duelling pistols and improbable love was hilariously realised in Richard Studer’s compact and flexible staging (a decorated screen, two chairs and a writing desk surrounded by tree lights, oddly resembling Paul Nash’s blasted trees) and Jonathan Lyness’s skilful reduction for a quintet of players (the original being for woodwind quartet, brass trio, piano, string quartet, double bass, harp and percussion).

The plot outlines a spirited young widow, Yelena Ivanovna Popova, whose determination to remain in mourning for her philandering husband is finally abandoned when Grigory Stephanovich Smirnov claims a debt owed by her deceased other half. Aroused by her feisty behaviour – including the proposal of a duel – the two fall in love much to the consternation of Madame Popova’s long-suffering servant Luka.

To Paul Dehn’s libretto, with its quick-fire sequence of solos and dialogues, Walton fashioned a witty, jazz-inflected score peppered with allusions to other composers’ music that brilliantly fuses gritty lyricism with music-hall glitter and strains of Façade. Thanks to strongly characterised performances by the singers Chekhov’s astute observations of human nature emerged delightfully fresh; often frivolous but intensely moving. 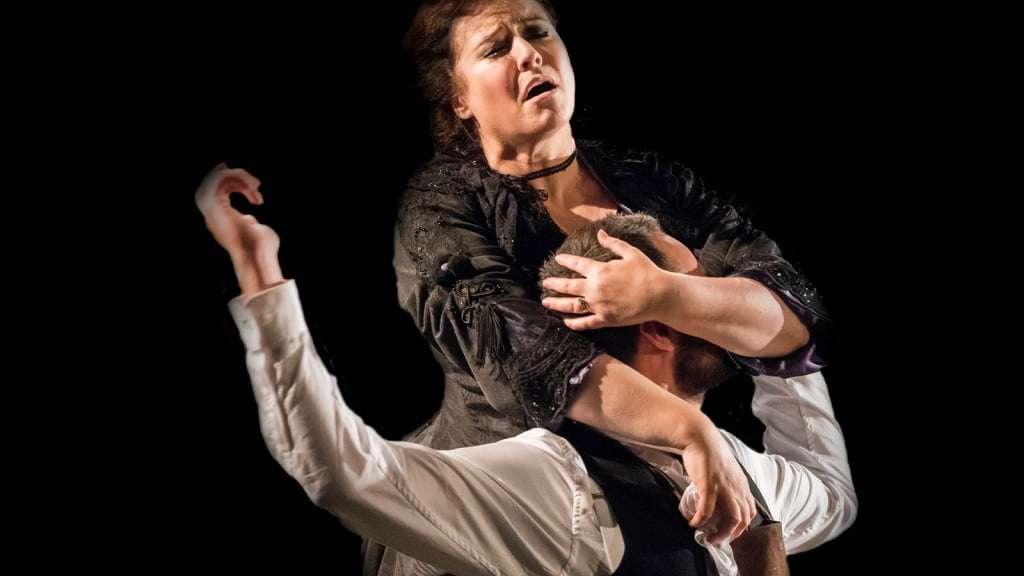 Matthew Buswell was an impressively rich-toned Luka, gamely succumbing to increasing injury at the hands of Adam Green, the boorish and larger-than-life Smirnov who traversed lout to lovelorn suitor with ease. Carolyn Dobbin’s impressive mezzo and wealth of facial expression gave the lie to a grieving Popova despite her sobbing first entry and ubiquitous handkerchiefs. Coquettish, flouncy and sassy, Dobbin inhabited her role with relish, at one point throwing her dead husband’s love-letters all over Smirnov. Chemistry between the central figures was well-matched, and their unwitting mutual attraction developed into a closing scene of fevered intensity, as comic as it was heartrending.

Fluently led by Lyness, the instrumental ensemble gave unfailing support, and met the challenges of this busy score head on. There’s still time to catch this production with performances at Ludlow, Ammanford, Cwmbran and Presteigne.

The evening was completed with an entertaining medley of excerpts from Rimsky-Korsakov and Tchaikovsky designed to showcase part of Mid Wales Opera’s production of Eugene Onegin in February.