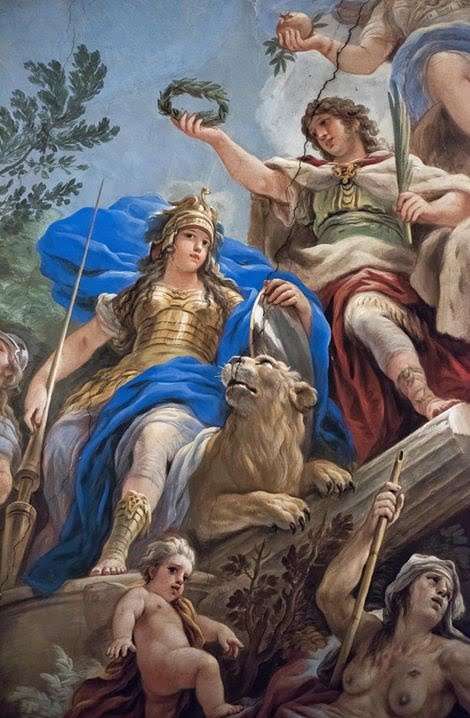 Classical Opera’s Mozart 250 project unearthed for this anniversary exploration of 1768 Haydn’s little-known allegorical cantata Applausus. It was composed to celebrate the fiftieth anniversary of the taking of monastic vows by Rainer Kollmann, abbot of the Cistercian monastery in Zwettl (Lower Austria). There is no drama as such but rather the personifications of the four Cardinal virtues assembled to discuss and recommend their qualities, moderated (in both senses of the term) by Theology (also described as Wisdom in the score, allowing a de-Christianised, more purely philosophical reading of the work if desired).

In his programme note Ian Page issued an apologia in advance for that near absence of plot and the long duration of its eight numbers. In fairness, the da capo structure of the latter are similar in form and length to those of other extended sacred and secular vocal works of the time, as listeners will find with Haydn’s early masses, and the Stabat Mater (also 1767-68), or Mozart’s early operas. Comprising about two hours of music, Applausus may perhaps constitute too much of a good thing, with its largely unvaried sequence of meditative arias, but that lack of developmental structure could be seen as achieving for the otherwise rarefied discipline of moral theology the same as Haydn’s Seven Last Words of Our Saviour on the Cross would do for contemplative spirituality nearly two decades later. Both practices had, and still have, an honoured place in Christian theology and so both works represent equally valid artistic expressions of religious and ethical experience.

Page and The Mozartists approached the more florid, Rococo language of Applausus with enthusiasm, beginning with the Overture that took over the opening two movements of the contemporary Symphony 38, with its bustling first movement, and in the second a genteel approach to the witty echoing punctuations by the second violinists to the firsts’ phrases (the two ranks appropriately placed antiphonally). It is not the musicians’ fault that Haydn’s music in the subsequent Cantata is fairly uniform, but they might more often have created greater interest and structure within each aria than merely ploughing through with dutiful alacrity.

Likewise with the singers: the arias do not require extrovert theatrical delivery, but a more colourful and nuanced turn of phrase from time to time would have been welcome. Elli Laugharne’s Temperance was lucid and graceful, however, and combined winningly with Elspeth Marrow’s Prudentia. Making the biggest contribution, Thomas Elwin as Justice was generally lyrical, though some of his melismas bordered on a drawl. John Savournin declaimed the part of Fortitude well, exuding lithe gravitas in his stormy aria. If David Shipley was a touch dry on his initial appearance as Theology, he projected his aria better.

Steven Devine provided robust support on the harpsichord in the recitatives, and came into the limelight with impressively embellished flourishes for Justice’s ‘O pii Patres Patriae!’, spun in delicate counterpoint to Elwin’s singing. Ranging widely over the violin’s tessitura in ‘O beatus in colatus!’, Daniel Edgar’s solo was consoling, though thin in tone and oddly sounding like a viola at times in not squarely achieving exact intonation lower down.

Believed to be the first public performance ever of Applausus in the UK, this offered a fascinating encounter with an obscure aspect of Haydn’s output, but charming as the music is, it is unlikely to be hailed by anyone as a missing masterpiece or require any fundamental reappraisal of Haydn’s genius which was still in transition to fully-fledged Classicism at this point in his career.