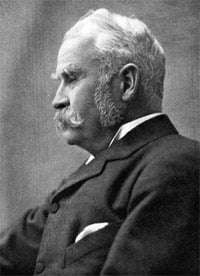 A festival atmosphere permeates Buxton, a Derbyshire spa town. Now in its sixteenth year, the Buxton Opera Festival offers productions of the Savoy Operas from a huge variety of amateur, youth and professional companies in all manner of styles that keep the unique magic of Gilbert & Sullivan alive and as fresh as ever. During the three-week festival all of the celebrated duo’s thirteen operas, as well as various less well-known gems, are performed.

The Gilbert & Sullivan Opera Company is the Festival’s in-house professional team, this year presenting three shows. The single-act “Trial by Jury” courtroom farce, in which a caddish ladies-man is sued by his fiancée for “breach of promise of marriage”, was originally written as a curtain-raiser for Offenbach’s “La Périchole”, in an era when audiences seemed to want their theatre experiences to last all night!

“Trial” was here placed between the two acts of “Pinafore”, as a play-within-a-play, put on by the crew. The performance was lively and enjoyable enough, but did little to enhance the main event, and the cast seemed unsure as to what extent they should deliver their roles straight (as Judge, Counsel et al) or as their “Pinafore” characters playing these roles.

The on-board entertainment idea was given credence by Andrew Nicklin’s transporting of the good ship Pinafore to a 1920s’ cruise liner; its relocation from Plymouth docks to the rather more exotic Caribbean meant that the crew were in white short trousers and short-sleeved shirts. The snazzy cocktail dresses and feathered head-bands worn in the moonlit-set second act were great. 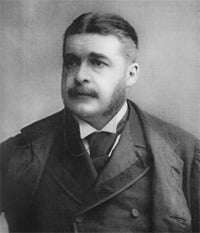 The 1920s’ theme was nicely done – productions do not have to be slavishly traditional to be effective. The mini-troupe of flapper girls who accompanied the Plaintiff in “Trial”, with idiomatic Charlston-esque routines, was a delight. Nicklin didn’t always make the most of it, however: for every sparkling ensemble number (the chorus displayed impressively nifty footwork) there was a correspondingly pedestrian stretch: the Act One finale dragged terribly – a real error, as it is one of the most exciting parts of the score.

The strongest members of the cast often helped to liven things up. The highlight was the bubbly trio ‘Never mind the why or wherefore’, in which the comedy antics of Richard Gauntlett’s increasingly inebriated Sir Joseph were pure gold. Captain Corcoran was played with deliciously toffee-nosed affectation by Ian Belsey, but his top-note at the end of ‘Fair moon to thee I sing’ underwhelmed.

Veterans Jill Pert and Bruce Graham performed well as Little Buttercup and Dick Deadeye, respectively, and Nick Sales’s Ralph Rackstraw displayed a superb voice. Martin Lamb made the most of his cameo as Usher in “Trial”, marshalling the rabble with fog-horn-like commands of “Silence in Court”. Only Deborah Norman’s Josephine disappointed: though vocally strong, it was hard to warm to her over-arch portrayal of the Captain’s daughter.

Conductor Timothy Henty, making his Buxton debut, proved an inconsistent helmsman. Much of the score was delivered crisply and with real vibrancy, but there were several moments of desperate flabbiness where the otherwise-alert chorus floundered. An enjoyable evening (the capacity crowd at the grand Edwardian Opera House was wildly enthusiastic), in the best Gilbert & Sullivan tradition: funny, affectionate, but still edgy, and with high musical values.

Although, lamentably, there are precious few opportunities to hear Gilbert & Sullivan in the West End these days, the creators’ life-essence is very much alive in Buxton. It is hard to disagree with the Company’s assertion in the programme that “this is the very best Gilbert and Sullivan you will see anywhere in the world.”