Howard Hanson
Merry Mount – Opera in three Acts to a libretto by Richard L. Stokes based on Nathaniel Hawthorne’s short story, The Maypole of Merry Mount, from his Twice Told Tales [concert performance] 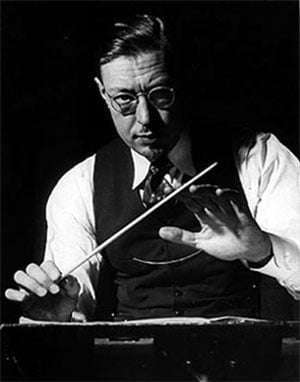 Carnegie Hall’s “Spring For Music” series continued auspiciously with a splendid performance of an American opera too long relegated to the dustbin of music history: Merry Mount by Howard Hanson. As director of the Eastman Rochester School of Music for more than forty years, Hanson founded the Eastman-Rochester Orchestra, the American Composers Concerts and the Festivals of American Music, which premiered more than 500 works, and had a significant influence on younger composers, whom he persuaded to follow a more traditional path than was promoted in other music schools. An unabashedly romantic who shunned more adventuresome styles popular in the 1930s and 1940s, Hanson was known primarily for his seven Symphonies, together with a few choral and orchestral works, most of which survive principally in his own recorded performances and in tapings by the Seattle Symphony led by Gerard Schwarz.

Merry Mount, written in 1930, may well be considered the first truly American opera. Commissioned by the Met, where it was first staged in 1934 conducted by Tullio Serafin, it enjoyed early success, but disappeared from the repertory rather quickly and inexplicably, and has not been performed in over fifty years. The libretto by New York music critic Richard L. Stokes is based upon Nathaniel Hawthorne’s The Maypole of Merry Mount, a rather grim tale about an event that occurred in 1628 – a violent encounter between fur traders (Cavaliers in the opera) and Pilgrims, who strongly resented what they perceived as intrusive merchants. Set in a Puritan village and its woodland surroundings, the opera deals with one of Hawthorne’s favorite subjects, the hypocrisy of religious fanatics who ultimately succumb to the same sinful ways as those they rail against.

In the opera’s eponymous event, the Cavaliers’ maypole festival on the hilltop called Merry Mount is attacked by the Puritans, who regard it as a pagan rite. This ultimately leads to the killings of a Cavalier nobleman and an Indian chief, and a battle between Puritans and Cavaliers that burns the village church to the ground. The gruesome story also includes allegations of witchcraft – resulting in the stoning of the opera’s central character – and ends with the Puritan minister, who has been branded with the mark of the devil, calling upon Lucifer to engulf the town in flames.

Hanson’s brand of American neo-romanticism is essentially a combination of lyrical melodies, stentorian brass chorales and frequent use of modal writing, and he even borrows a motif from his Second Symphony. The choruses represent the reactions of the Pilgrims to the events that overwhelm them. The performers, well aware of the importance of this event, gave it their collective best. The Rochester PO was in excellent form, with full string sound and bold, blazing brass. The large complement of soloists, who had to wend their respective ways on and off the platform, were admirable. Principal among them was Sara Jakuriak as Lady Marigold, a Cavalier noblewoman, given with dramatic flair and a voice that nearly shook the rafters. Her call for revenge after her intended husband Gower is killed was ablaze with furious indignation, and her tragic aria toward the end of the opera, as she longs for death, was a showstopper. Richard Zeller tried to convey the internal struggle of Bradford, the village minister, with his own ‘weakness of the flesh’ by eliciting as much passion as his moderate vocal powers could generate. His moving aria following Marigold’s was a fervent plea for the courage to repent, and their duet before their immolation at the end of the opera was also impressive. Charles Robert Austin’s dark, rich bass perfectly fitted his role as a high-minded village elder, but Christopher Pfund seemed occasionally uncomfortable as Gower, having to strain to reach the high register. The jester-like Jack Prence was given a delightfully whimsical portrayal by Anthony Webb.

Overall, this fine performance (with the first scene of the third Act, in which Bradford tells Plentiful of his terrible dream, omitted) revealed the many merits of Hanson’s opera and argued strongly for a staging. The audience gave it a rousing ovation.