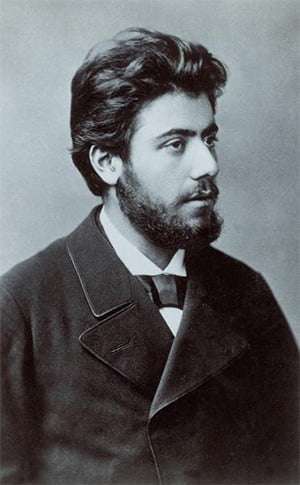 The main point of this concert, given on Mahler’s birthday, was to revisit his First Symphony in the version (including ‘Blumine’) he conducted in Hamburg in 1893. Its five movements were then entitled:

In fact, the Symphony’s history is still more complicated, almost at the level of Bruckner’s revisionist tendencies. Mahler had conducted the work as a “Symphonic Poem in two parts” four years previously in Budapest, where its unenthusiastic reception resulted in extensive revision for the Hamburg performance and three more performances in Weimar in 1894. The piece was called “Titan” (after the novel of the same name by the Bayreuth-based author Jean Paul) and both its scores had programmatic descriptions. By 1896 for its Berlin premiere, the movement titles and evocative stuff had been dropped, along with ‘Blumine’, and the version we hear now, with expanded woodwind, horn and percussion sections, was published in 1899. Neither the Budapest nor the Hamburg versions have been printed, although ‘Blumine’ was published separately in 1968. The score used for this I Maestri performance was a copy of the manuscript, and the orchestral parts were handwritten. 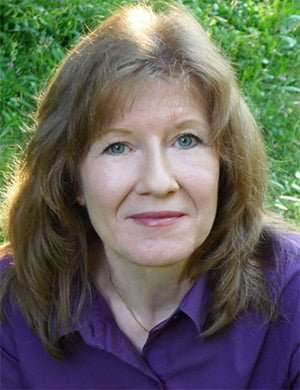 Occasionally in “Titan, a tone poem in the form of a symphony” you hear the now-‘standard’ version of Symphony No.1, to which ‘Blumine’ is sometimes added back into the final score, possibly in the hope of evoking the sort of stand-alone muted tenderness you get with the Adagietto in this composer’s Fifth Symphony, although ‘Blumine’, attractive though it is, is not in that league. This concert demonstrated that it’s worth a detour to hear Mahler’s not-yet fully-formed if much-improved-on second thoughts, if only to spot the differences in instrumentation (the opening theme of the ‘Funeral March’ is given to solo cello and solo double bass rather than just the latter it would become), and there are many other confounded expectations. There were moments, quite a lot of them, when it sounded as if some of the players’ expectations were also confounded, perhaps due to under-rehearsal and certainly unfamiliarity. Sybille Werner (who is working with Henry-Louis de La Grange on his vast Mahler biographies) certainly had the measure of the piece in this different setting, and the wherewithal to hold things together, and also encouraged some ‘Wunderhorn’ charm from her players. Occasionally, she might have given the first movement a more sauntering rubato, but the music’s ruminative glow just before the finale’s romp to the finish worked its familiar spell. The strings had a reliable Mahlerian weight when required, but otherwise the numerous mishaps denied total appreciation of Mahler’s work-in-progress. A valiant effort though.

In the first half, I Maestri’s artistic director George Hlawickza was conductor for Valerie Pearson’s Murnau (2009), which has presumably been played before given no premiere was claimed. Murnau is a Bavarian mountain resort, where the artist Kandinsky produced a painting. A reproduction of his Murnau – The Garden II, a riot of colour, and hung upside down by Pearson (born 1975), helped her form ideas for this ten-minute piece, in which she sets out to relate her highly-charged emotional reactions to the muted but similarly emotive colours of rugged landscapes. There were effective passages of elemental grandeur, a clearly defined sequence of disparate events, attractively remote echoes of birdsong and a finely prepared flat-lining close. If someone had told me it was by Birtwistle (with whom Pearson studied) or Maxwell Davies, I’d have been none the wiser, since an individual voice wasn’t immediately apparent – and the composer’s programme note didn’t exactly do her music any favours.

The Turkish pianist Mine Doǧantan Dack was soloist in Beethoven’s ‘Emperor’ Concerto. Surprisingly, in this repertoire piece, she used the score (and a page-turner) in a performance that trod a fine line between extrovert Beethoven oratory and plain hectoring – the latter largely supplied by the consistently loud orchestra. The first movement was confident, if lacking poise, with an impressive accumulation of power in the development, and despite some approximate ensemble and rather too-tight cornering from the soloist, the finale had plenty of fizz and attack.