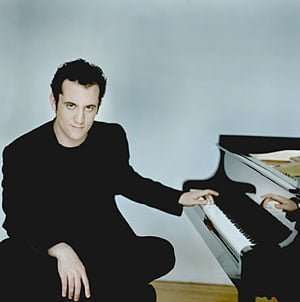 To judge from audience enthusiasm, Igor Levit’s reputation is preceding him. This 26-year-old Russian-born pianist – who has lived in Germany nearly all his life – is rapidly acquiring quite a following in the UK, for which we – and he, of course – are in debt to the BBC’s New Generation Artist scheme. For a musician still comparatively young, Levit breathes an almost ‘old-soul’ type of maturity. His approach to performing is uncomplicated, with an immediately discernible directness that is very appealing, and his playing has an athletic ease that exudes that rare quality, grace.

The first half of his programme was a sort of ‘farewell sandwich’, the Beethoven placed between Bach’s parting from a favourite brother and Schubert’s to a dear friend. Levit didn’t duck the Capriccio’s potential for mannered, Rococo charm, but the spirit behind the exquisitely played proliferating decorations and echoing posthorn calls was decidedly wistful, and set a high standard for some finely inward playing throughout his recital.

The Bach set up the Beethoven rather well, mainly because the audience seemed unaware of Levit’s plan to play his programme straight through, and only after quite a protracted, applause-free silence did he ease into the opening of Opus 109. This was a compelling performance, hugely intelligent and with a satisfying sense of scale – which augurs well for his forthcoming Beethoven release for Sony. The way in which the opening melody seemed to sidle in subliminally then gather in power and definition after the first Adagio passage was achieved with masterly control, insight and thrilling variety and fullness of tone – and the Variation-finale was no less impressive. Levit did full justice to its subtly layered, unfolding vision, and the ecstatic trills, as well as making the piano hum and roar with sound, which had astonishing clarity and presence. The emotional range of the Schubert was inevitably on a smaller scale, but Levit gave the composer’s familiar major/minor conjunctions a special eloquence.

Levit has a particular empathy with Liszt, which was much in evidence from his selection of four Schubert song transcriptions. Again, Levit showed an uncommon ability to get behind the notes, this time suggesting the worldly Liszt’s awe of Schubert’s natural innocence, which Liszt’s sometimes torrential arrangements here only seemed to enhance. ‘Du bist die Ruh’ was drawn slowly into the full majesty of Liszt’s rhetoric with immense tact, and Levit’s appreciation of the unease saturating ‘Auf dem Wasser zu singen’ gave a whole new expressiveness to Schubert’s haunting original.

In the Prokofiev, Levit was stunningly at ease with the music’s precision-engineered percussiveness and drifts into shocked distraction. The pale colours and ear-bending pianissimos he conjured for the slow movement made this the heart of the Sonata, rather than the powering virtuosity of the finale, which riskily left its sparking into demonic unruliness to the very last minute, to considerable effect.

His encore was another Liszt transcription, of the ‘Liebestod’ from Wagner’s Tristan und Isolde, played with a finely graded attention to detail – you could hear everything – and a sense of rapture that didn’t peak too early and which took its leave with spellbinding tenderness.