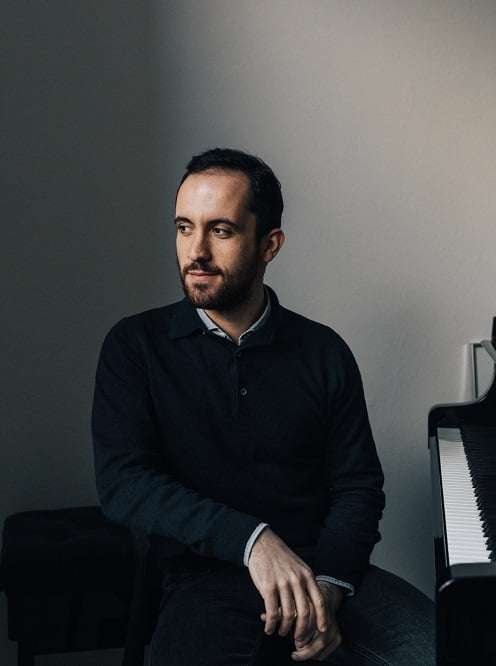 The penultimate instalment of Igor Levit’s Beethoven cycle for Wigmore Hall’s London Pianoforte Series journeyed the post-Waterloo years between the Eighth Symphony and work on the Ninth and Missa solemnis: a time of torn-apart horizons – bleak, violent, introspective, explosive, occasionally tender, the landscape strewn with as many stones as pearls – the days of a man questing after the new, taking precipitous risks, caressing the moment, challenging the hour, seizing audiences by the throat, leaving them baffled, stunned out of their senses, free to walk into the night but with scarcely a familiar note to save them.

Levit is a pianist of formidable ability and cast-iron technique, fearless of obstacles. He relishes extremes. The ‘trill’ fugue of the Hammerklavier Sonata was dauntingly (fashionably) fast, racing for the post more than “resolute” (Beethoven’s marking) – Gilels’s grander clarity of structure and voicing, his more moderated pace too, surely has to be the wiser option. Redefining borders, the Adagio of Opus 101 – that late sonata da chiesa marrying the graceful and the gruff – dwelt over-much on the sepulchral, all but (worryingly) losing pulse. Quirkily I found my mind strolling up the road to Bloomsbury and Pushkin House where Dinara Klinton had been playing this same music just half-an-hour earlier: how, I wondered, had she done? With the Opus 90 Sonata, last page not least, egg-shell dynamics were on display, the Steinway taken to its softest limits to evoke glassy, fortepiano-like, images.

Levit has a fondness for pauses, of a kind you would never get away with in a Symphony or String Quartet. In Opus 106 he used them repeatedly – to emphasise phrase endings and demarcation points, to suggest a sense of theatre and expectation. The trouble with pauses – and Beethoven indicates plenty of them – is how to measure their duration? Too short and they lose purpose. Too long, mid-flight, and they impede momentum. Convincing pauses, like elegant punctuation, depend on build-up and context. Levit, generally, opts for expansive ‘fantasia’ ones. But they come at a price. The most extended was the pianissimo F-sharp open-fifth of the first movement, at bar 266 before the B-minor shift of the opening motif. Maybe Beethoven indeed wanted to suspend the universe, but by this much? Come the last bars of the work, I felt, with some disquiet, that I’d been through a succession of stop/start events, the drama never really taking off, the span of invention reduced to the small-scale, the thrust of Beethoven’s thinking more sectionalised, aimless even, than organic.

Back in the 1930s Tovey wrote that in playing Beethoven “a love of wit and epigram is not enough.” His music “always gives whole-time work for a complete person.” Notwithstanding its imposing opening flourish and epic closing octave trills, this was a ‘Hammerklavier’ that rarely fused into a totality. Nor did it ever quite plumb the spiritual depths. Anyone hoping for a Lisztian revelation in the appassionato Adagio – “an eyewitness of secrets of a world beyond the grave” as Misha Donat reminded us in his programme note – will have been disappointed. Echoes (occasionally over-projected and inexpressive in touch) of throw-back gran espressione hovered around, but not much else.

The Scherzo, though, told a different tale – in Levit’s hands a breathtaking, defiantly shocking 120-second-plus arena of notes, rhythms and registers, wraiths, shades and moods, one pointillistic attack after another cutting to the quick with high-voltage Webernesque tension. Will-‘o-the-wisp psychedelia that in dance-crazy, melody-drunk Biedermeier Vienna must, like its lonely composer, have seemed entirely “ripe for the madhouse.”