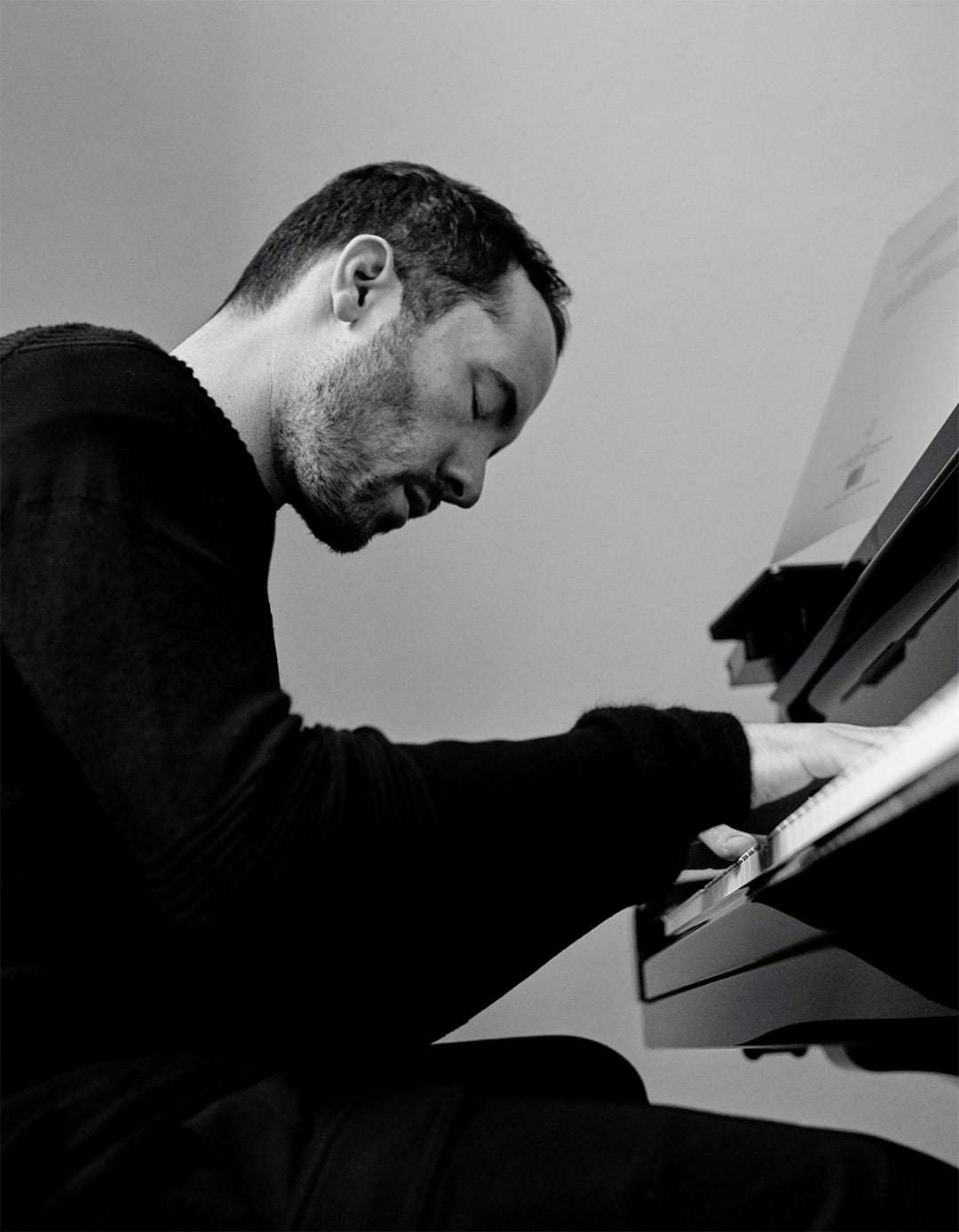 During his career, Igor Levit has been at his most impressive when tackling the various pinnacles of the piano repertoire: the variation-sets by J.S. Bach, Beethoven, Frederic Rzewski and, more recently, Ronald Stevenson; the Partitas of Bach and late sonatas of Beethoven; or such compendious collections as the 24 Preludes and Fugues which Shostakovich essayed at the midpoint of the last century, a taking stock on reaching the ‘middle of life’, while surveying the broad extent of his compositional evolution in which the abstract and personal become inextricably fused.

The cycle’s methodical progression around the circle-of-fifths (C-major through to D-minor) ensures its overall inclusiveness while affording the interpreter considerable licence as to its formal and expressive emphasis – whether as 24 individual pairs, 12 groups of major/minor pairs; three sub-sets of eight or four sub-sets of six pairings; two semi-cycles each with 12 pairings; or a single-though-cumulative emergence across this cycle overall – during which, the interplay of contrasts and continuities between the preludes and fugues is made manifest.

It was this latter approach that Levit (not unsurprisingly) seemed to have adopted, though it took some while to become evident given his relative impassiveness in the earlier pieces. Not until the gravely inward E-minor Fugue did his understatement really take flight – following which, these emotional contrasts became more pronounced; reaching a head with the G-sharp-minor Fugue, its febrile contrapuntal writing venturing towards a peroration whose sudden ‘to be continued’ tailing-off informed this halfway stage with a teasing sense of the provisional.

Having thus established the parameters of his journey, Levit tackled the second half – often, if not always more musically elaborate and technically demanding – with unflagging resolve. Such as the knockabout humour of the D-flat Fugue, or the expressive remoteness of that in B-flat-minor, were rendered with uncanny insight – also serving to underline the means by which Shostakovich infuses popular and traditional (mostly while not exclusively Jewish) elements into the outwardly Classical formal outlines and proportions of the piece at hand.

The culmination seemed no less breath-taking for its inevitability. The Prelude and Fugue in F, both models of poise and lucidity, making way for that in D-minor; the rhetorical grandeur of whose prelude is initially countered then increasingly confirmed by a double Fugue which hedges its major-key context with reiterations of the root-note sounding as a determined and (as Michelle Assay indicated in the programme) defiant Q.E.D. Shostakovich here places the emphasis unwaveringly on those inherently musical virtues so, indeed too often under threat.

Unfolding over some two-and-three-quarter hours, this was a long-breathed but cohesive and ultimately spellbinding traversal, which confirmed (if such were needed) the proximity of this ‘24’ to those ‘48’ by Bach that inspired and sustained it. Doubtless Levit will be adding it in due course to his already impressive discography, though there can be no denying the frisson generated when hearing this cycle within a live context – as was underlined by the rapturous reception that greeted the sustained silence into which those clinching final chords evanesced.