178 Spring Grove Road, Isleworth. New Year’s Day 1965. “When we pay deserved tributes to our elder and mature composers, it seems to me that one must also think of ‘the torch being passed on’, and that public interest should be fostered in a composer of Mr. Stevenson’s extraordinary abilities.” John Ogdon, The Times. 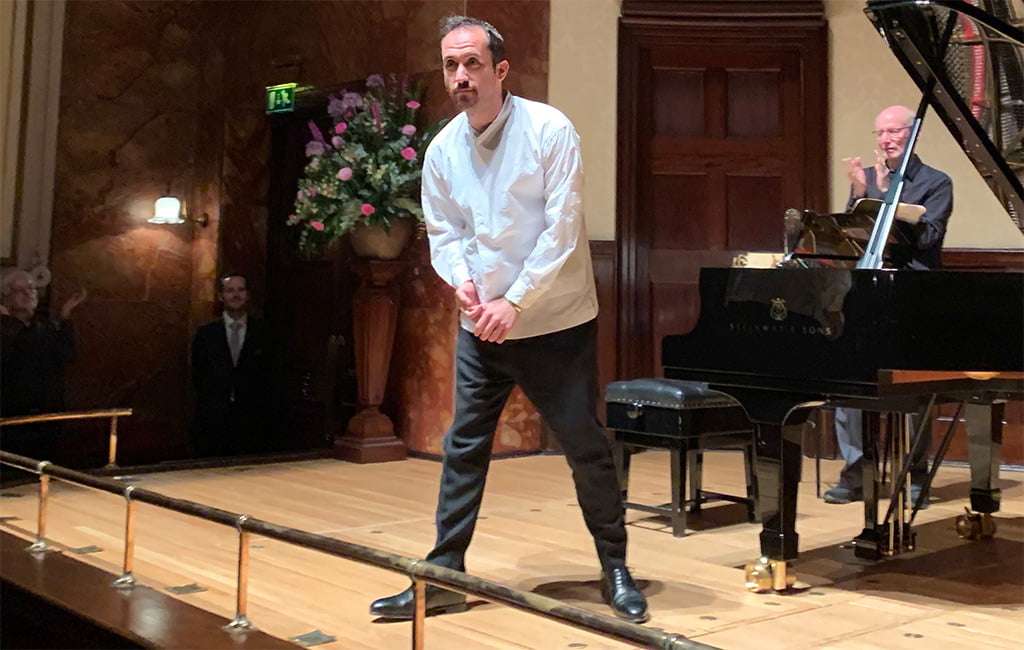 One snowy Christmas Eve sixty years ago near enough, “late at night”, a fantasy to end all fantasies began to take shape in a Scottish Borders village southwest of Edinburgh and the Pentland Hills. A single-movement eighty-minute-plus colossus orbiting four repeated notes gyrating in countless guises, rhythms, metres, tempos, registers, textures and styles – the autobiographical motto DSCH (D, E-flat, C, B) of Shostakovich’s Eighth String Quartet, First Violin Concerto and Tenth Symphony (and not only) at the heart of its life and destiny. 645 repetitions, the pitch constant throughout irrespective of unfolding events. Ronald Stevenson (1928-2015) completed it in May 1962, dedicating it to Shostakovich. The first performance took place in apartheid South Africa (by then, a thorn in the political fabric of the place, he was on the staff of the University of Cape Town), with the European premiere following in East Germany (at the Halle Handel Festival). Ogdon introduced it to Britain at the Aldeburgh Festival in June 1966.

Ronald and I first met in March 1968. Ronald of the winged collar and fedora. I warmed to his intellect, reading and generosity. His writings opened my mind to new horizons (he went on to write for me on Beethoven while I wrote for him on Alan Bush, his Marxist “comrade-in-art”, and about him for the late lamented Colin Scott-Sutherland). In the driven spirit of the old masters, his “aqueous” Passacaglia – the most concentrated, extended example of motivic development in Western music – appealed (like Lisztian metamorphosis) to my capacity and imagination. From Reason through Enlightenment to Anxiety, here was a spiralling, encircling cycle concerned with motif and organic transformation of the most intense intricacy. In the manner of the Eroica’s Finale (not that I realised that then), it towered as a vast, leviathanesque tripartite design of cross layers and subtexts, an occidental/oriental cosmos of (I) sonata, rondo, seven-movement baroque suite, Scottish pibroch. (II) Reverie-fantasy, war vision, march, fandango, pedal-pointed “emergent Africa”, etudes, first variation set. (III) Bachian Adagio (temporally at the Golden Section point of the whole), triple fugue above a ground bass (the first subject quasi-serial, the second on BACH, the third on ‘Dies irae’, “In memoriam the six million Jews”), second variation set, coda. A daring, innovating compendium and expansion of pianistic techniques, there was nothing like it. 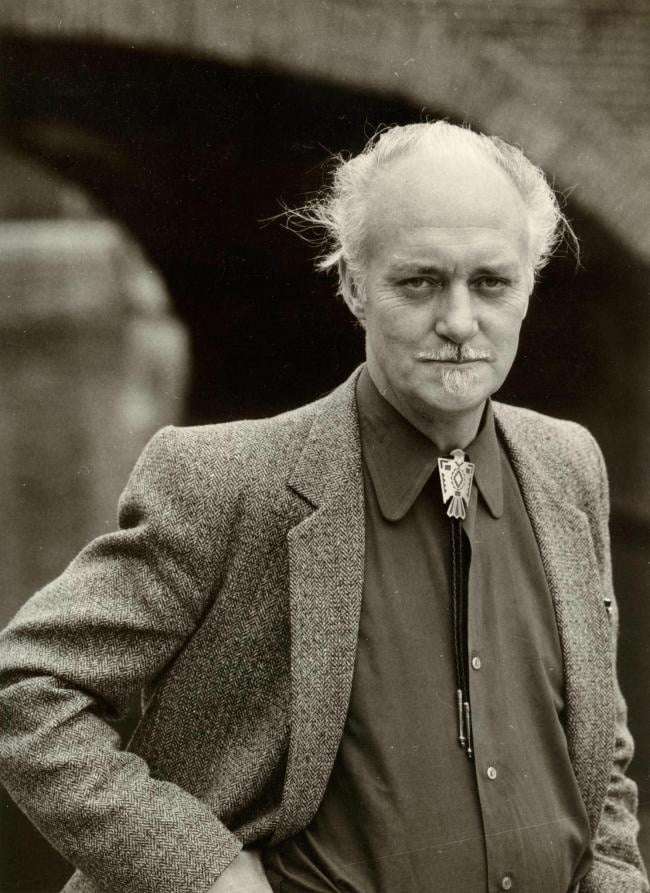 In the climate of the 1960s, through intention not so much unawareness or disregard (Stevenson knew his twentieth-century), it may not have had much to do with the language of the pre-War/post-Webern serialists or Darmstadt fraternity nor the Messiaenic school or New World progressives. But, apocalyptically, it was an ambitious, ever-seeking neo-Bach, neo-Liszt, neo-Alkan, neo-Busoni, neo-Godowsky one-off … touched by James Joyce, by Goethe’s “world citizenship” … clarified through the lens of some Hubble telescope thirty years ahead of its time. The more its “niagaran spate of music” is examined, the richer one’s discoveries, the more fantastical one’s responses become. In 1988, accompanying his second recording (released on the Altarus label, and including some significant pianistic changes and evolvements), Stevenson himself felt the need to come up with a fresh take on the landscape – a “pedal-point-in-prose” conception, unpremeditated. “Consider the work as a map in music. The terrain: a life-span. The scale: one minute equals one year. The duration: eighty minutes. There is a physical climax after thirty-five minutes, as there is in life at about thirty-five years of age. The final climax is psychical, not physical: psychical in the Greek sense – of the mind, not the body.”

Ronald, magician-like, dealt in the spell no less than science of music. A romantic progressive more than a romantic reactionary, paying “tribute to the heroism of ordinary people”. He made Herculean demands on himself and expected no less from his interpreters. The feelings he sought to unfold kaleidoscopically knot the loving and the tender, the awesome and the fearful, the weighty and the playful, the domestic and the politic. Defying pigeon-holing, his musical language was as headily, bewilderingly veined as his literary one – coalescing Renaissance, Baroque, classico-romantic and twentieth-century thought; modal, tonal, chromatic and serial frameworks; European cosmopolitan, regional ethnic, Gaelic and “world music” resonances; the abstract and the programmatic; dance, song and variation. Malcolm MacDonald saw him as a “mephistofaustian composer-pianist in the pattern of Liszt, Busoni and Paderewski … [fitting] the mould of such great Victorian artist-socialists as John Ruskin, or the Transcendentalists Emerson and Thoreau, for whom art and life and nature were all compact”, a man afraid of neither “spontaneous emotion” nor tears.

Performances of the Passacaglia are infrequent. I’ve only heard it twice ‘live’. The composer’s London premiere at the Purcell Room in March 1969. And Murray McLachlan’s traversal at Ronald’s eightieth-birthday weekend at St John’s, Smith Square in April 2008. Since Ogdon it’s a work that’s been waiting for a pianist of Igor Levit’s stature, facility and powers of cognition. This was a remarkable reading, around eighty-five minutes in duration, probing every corner of diachronic and emotional experience, a re-creative quest, in line with the composer’s creative process, “ransacking musical history for formal principles” (to quote David Owen Norris’s elegant programme note).

The inspirational moments were at every turning. Some overwhelmed. The assertion of the opening DSCH unisons, like trombones in snarling cry. The dynamic range from murmured delicacy to growling thunder to explosive confrontation, frailty to fear. The colour spectrum from balm to battle. The ‘orchestral’ voicing, seemingly so many more than ten fingers in play, the Steinway’s strings humming, here and there pinging at near breaking point but never at the expense of quality or tone.

Others mesmerised. ‘Cumha na Cloinne’, added in December 1963 and paraphrased after Patrick Mór MacCrimmon’s seventeenth-century ùrlar on the deaths of seven of his eight sons, recast, Stevenson wrote, as a tribute to “all the child victims of Nazism”: wonderfully painted, the realisation of the drones and crushed dissonances as misty and timeless as the call of a piper on a rocky outcrop. ‘Emergent Africa’: a primeval, grotesque vibration, the palm of Levit’s left-hand brushing the low strings with a thud suggestive of muffled bass drums and tam-tams. The closing second Variation Set: a masterclass in slow, paced crescendo, growing as imperceptibly and inexorably as an ocean tide flooding all before it.

Globally, a triumph of Levit’s conception was its Brucknerian mapping, and his ability to maintain tension and electricity from first D to last. The sign-off could not have been more eloquently placed or timed, nor more musically right. D-major. D-minor. D unison. Largo, piano. Silence, sigh, standing ovation, five curtain calls. Levit turned to embrace his page-turner – John Humphreys of the Royal Birmingham Conservatoire, sage and professorial. If he’d had the chance, one felt, bowing long and low, he’d have embraced all of us. Humility as I’ve seen it seldom expressed.

With microphones slung across the Hall, may one hope for a recording soon?