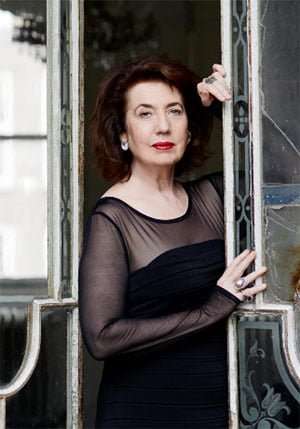 This fascinating hour of music, a BBC Radio 3 Lunchtime Concert at Wigmore Hall, told the tale of Clara Schumann and the two composers who doted on her, her husband Robert and mutual friend Johannes Brahms. Imogen Cooper illustrated some of the darker passions Clara awoke – but in the middle of this strife lay some less weighty, more obviously romantic thoughts (with a lower-case ‘r’!).

In response to a plea from Clara, Brahms transcribed the Theme and Variations movement of his String Sextet No.1, for her birthday in 1860, four years after husband Robert’s death. The music is stern and uncompromising in its piano transcription, and Cooper’s tone was penetrating in the left-hand theme. The seriousness of Brahms’s music was always to the fore, and Cooper was imperious, before the mood and harmonic language lightened for two wonderful Variations in the major key.

Clara Schumann wrote some very attractive piano music. From her Opus 5 the ‘Romance’ undulated gracefully and the capricious ‘Ballet des revenants’ proved to be a beautifully rendered character piece, light on its feet and syncopations. Between the two sat the Second of Robert’s Three Romances (Opus 28), the most substantial of the triptych – a lovely, weightless piece that seems to have been an ode from Schumann to his wife, fragrant and carefree – and affectionately played.

Robert’s F sharp minor Piano Sonata is anything but carefree, a substantial and daunting piece presenting a formidable technical and interpretative challenge. Cooper was fully its equal, dealing with the fire and brimstone of the opening with great flair and musicality. At all times her rubato was superbly judged, not least in a heart-stopping shift of keys towards the end of the first movement, exquisitely timed. After the sublime ‘Aria’, there were further wonderful touches in the scherzo, Cooper seemingly directing an imagined stage performance. Indeed, the orchestral sonorities of this piece were a frequent feature, the pianist shaping the lines so that the inner ear could detect horns and woodwinds in some of the more strident moments of the trio. As the finale took hold so too did an expressive freedom, the exploratory nature of Schumann’s writing laid out clearly in what is ultimately a fantasia, but one that becomes far more focused than its dimensions imply. Thus Imogen Cooper led us through to a triumphant coda, after which an encore would have been superfluous.