Simon Voseček
Biedermann and the Arsonists – Opera in two Acts to a libretto by the composer, based on the play Biedermann und die Brandstifter by Max Frisch [UK premiere, sung in David Pountney’s English translation, with English surtitles] 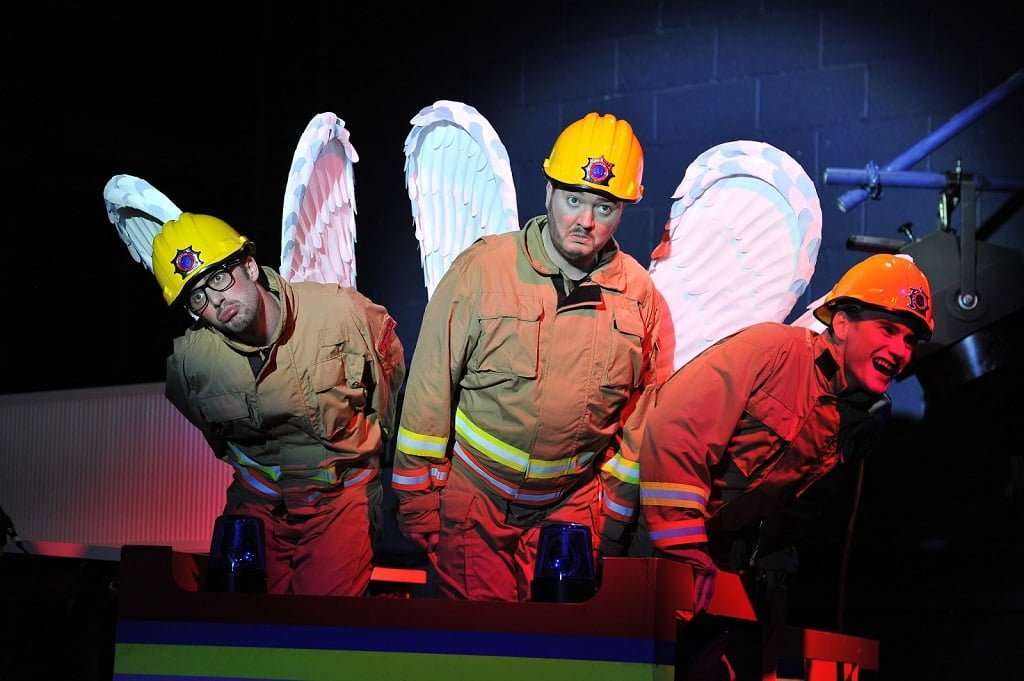 Max Frisch’s post-war, 1950s’ play has presented its theatre of the absurd credentials a couple of times (under its English title The Fire Raisers) at the Royal Court in London to lukewarm notices. The Prague-born, Vienna-based Simon Voseček adapted it as an opera in 2013, and this Independent Opera staging is its UK premiere.

The home town of hair-oil plutocrat Gottlieb Biedermann is being terrorised by arsonists, but he nevertheless blithely admits two strangers into his lovely middle-class home, who then proceed to hoard drums of petrol in the attic. You can take your pick which political allegory to apply to the play – the admission by stealth of Nazism, communism, or, topically, Islam into conventional, passively correct lives – and the air from Planet Brecht and Weill blasts through this staging.

Since it was formed in 2005, Independent Opera has done some startlingly imaginative work – a marvellous chamber version of Debussy’s Pelléas, for example – and director Max Hoehn and designer Jemima Robinson have maintained standards with their comic-book set and designs, complete with a giant toy fire-engine and its chorus of three firemen, their angel wings suggesting the two strangers’ real identity. Schmitz the arsonist – the name is a blend of Fritz and Schmidt, a total everyman – is a deranged Barbie-doll over-steroided muscle-man, and Eisenring, Schmitz’s partner-in-crime, a waiter on hard times. 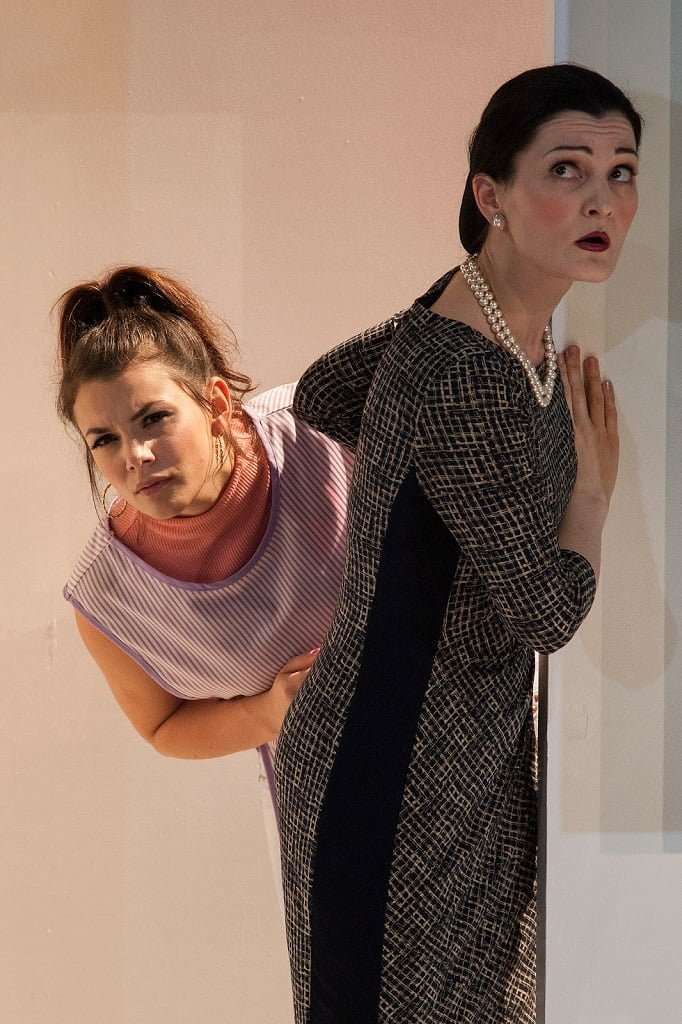 The zany look, garish characterisation and manic, absurdist direction give Voseček’s opera an endearingly retro feel, but, beyond its being a slice of modish disinterment, I couldn’t help wondering what an opera version of a play written 60 years earlier would add to this period of political drama. I’d also forgotten just how much I dread being lectured by a piece of agitprop theatre without being able to draw a particular moral.

So far as I remember, the play lasted about two hours. The opera comes in at 90 minutes (without an interval), on the back of David Pountney’s colloquial translation, with the music – a skillfully crafted, stylish but almost entirely reactive score of grunting brass, slithery strings and acerbic woodwind – rounding off some already pretty basic character sketches. There were a few moments, in the music for the angelic firemen trio and in an extended orchestral interlude at the start of Act Two, when a voice and style could be heard. Otherwise the declamatory vocal lines deferred to the text and, as the arsonists’ supernatural provenance emerged in the finale (led by quotes from Mozart’s Don Giovanni), became more and more relentless.

The predominantly British cast rose to all the absurdist mannerisms and exaggerations with a will. Mark Le Brocq tirelessly portrayed the exasperated, utterly compromised Biedermann, with generous heldentenor heft in the high-lying music. As loopy Schmitz, Leigh Melrose was an extraordinary sight in his muscle-man suit and he was brilliantly manipulative and went to town with the music’s expressionist intensity. Matthew Hargreaves (think the young Eric Idle in full Monty Python mode) was deadly and dithering as Eisenring. Alinka Kozari provided some very welcome sly humour as Biedermann’s supposedly delicate wife, and Raphaela Papadakis injected Susanna-style impatience and brio into the role of the put-upon maid Anna. It was just as well the contributions from the trio of firemen were rationed, because they stole the show with every moralising appearance.

Timothy Redmond and the 15-strong Britten Sinfonia, with their faces streaked with ash, delivered the score with enormous panache.