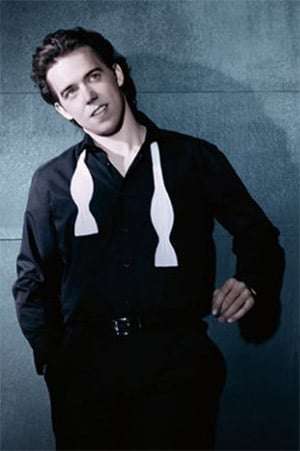 For many among the piano-god/goddess connoisseurs, the jury is still out over the 2010 Chopin Competition. There was a feeling that Ingolf Wunder was robbed when he didn’t win first prize; he came joint second. He has gone on to live up to his PR-dream surname, with a DG recording contract and a full performance diary. Not bad for someone, now 29, who only turned to the piano full-time when he was 14 – and, as his most recent album ‘300’ proposes, there’s a maverick element to his outlook that nudges in and out of his prodigious virtuosity. This was his Southbank Centre International Piano Series debut.

I’d assumed that Wunder had programmed the ‘Eroica’ Variations to give us the benefit of his – and Beethoven’s – inner anarchist. Starting out, like the Diabelli Variations, from a theme of banal simplicity, it’s one of Beethoven’s more extreme piano works, a compendium of technical challenges that on paper makes Czerny or Clementi look like a walk in the park, the score bristling with exploding sforzandos and seething hyperactively with grotesqueries – there’s a recording by Richter in which he goes to town on its piano-pulverising potential. Wunder, though, set out to tame its shaggier eccentricities, with predictable and polite results. The occasional elemental eruptions – the bashing bass chords in Variation VII, the repeated high B flat appoggiaturas in XIII – remained defiantly irrepressible, but Wunder still didn’t offer enough justification for the transforming power of the final variation and concluding fugue. His playing was brilliant and muscular, but this wasn’t a great act of identification.

The Chopin Opus 9/3 Nocturne was, though – the ease with which Wunder slipped into and under the skin of its expressive ambivalence was something to be treasured, the music’s opaqueness revealed with disarming clarity, a fabulously light pedal and a singing top line that just about kept in touch with its accompaniment. This was playing of mystery and refinement, presenting disquieting complexity with insight and simplicity. The Andante spianato and Grande Polonaise is central-casting Chopin, securely in the salon. If you wanted a display of evenness of touch and weight and of the colours to be had from his amazing pianissimo, Wunder was spellbindingly on the case. The Polonaise may not have the stature of the later ones, but Wunder lavished it with a Rubinstein-like nobility of tone and gesture that grew through all the decoration-encrusted repeats into a triumph of pure virtuosity.

The Nocturne had suggested imaginative depths. In Liszt’s Sonata, Wunder opened the floodgates. The composer’s formal plan became inseparable from his free association of ideas, which Wunder energised, like the Big Bang, with a technical transcendence entirely at the score’s disposal. Rhetoric and poetry played off each other to stunning effect, and Wunder’s spontaneity and control joined forces in this act of white-hot recreation. He was stupendous. So was the encore, Arcadi Volodos’s paraphrase of Mozart’s ‘Rondo alla Turca’, which shovels all the notes into the Large Hadron Collider and hopes for the best.