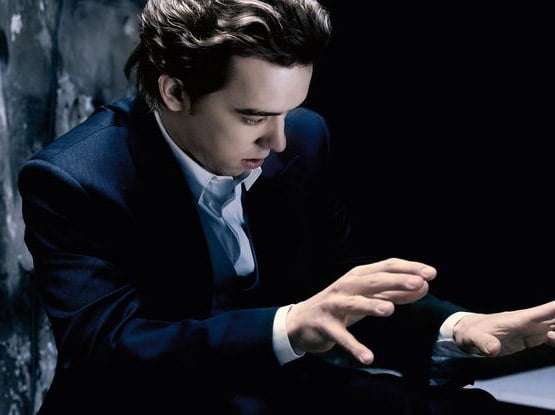 The Austrian pianist Ingolf Wunder, the 2010 Chopin Competition second-prize-winner and an artist feted by Deutsche Grammophon, gave his first Southbank Centre recital two years ago, and very impressive it was – a captivating combination of fearless virtuosity, patrician musicianship and a refreshingly maverick intelligence. This St John’s event – while the Queen Elizabeth Hall is closed – was worryingly wayward.

Before he embarked on Schubert’s D960 Sonata, Wunder briefly played himself in with a mini-improvisation – to get himself in the B-flat groove, perhaps – which hardly set up one of Schubert’s most inward first movements, one with a formal simplicity suspended over a chasm of darkness, rather as in the ‘Unfinished’ Symphony – followed by an otherworldly and valedictory slow movement.

Wunder strikes many a muse-communing attitude while he’s playing, but the result in this passionate but introspective music was unfocussed. Various small details, which you felt would be balanced later on, turned out to be living for the moment; the cavernous trills failed to come across as structural signals; his medium strayed into an overwrought expressiveness, with many pedal twangs and playing not as clean – or as cleanly pedaled – as it was two years ago. With some ugly fortissimos from the relentlessly bright piano and a reliance on violent contrasts, Wunder maintained fitful contact with the music’s song-lines, and the absence of the first-movement exposition repeat wasn’t such a deprivation.

There was a strong element of one style of pianism being forced on to another, which became drastically obvious in the first of the two Mozart pieces, the D-minor Fantasia, that rite of passage for many a learner-pianist. I have never heard the opening unfolding of arpeggios taken at such a lick, and, while you could argue it gave the familiar work a baroque style of improvisation, it sabotaged the piece as a whole badly, something emphasised even more by the mannered, tinkly music-box style of the main theme. Wunder offered more overblown contrasts in the B-minor Adagio, backed up with washes of voluptuous pedaling, and the music’s interior discourse began to disintegrate. Performing Mozart is like playing chess while juggling, not an act of tyro appropriation.

The Wunder magic finally came into play with Chopin. Authority, command of tone and colour, organic control of dynamics, and a long-sighted cogency in Opus 61, Chopin’s finest large-scale solo work, were evident through the sort of big, virtuoso pianism that takes detail and delicacy to heart. Wunder also took to heart the extrovert panache of the Opus 53 Polonaise, in a performance played shamelessly to the gallery. His encores were Chopin’s Nocturne Op.9/1, in which the skeins of decoration were exquisitely played, and Hexameron, a strange piece in which the transcendental Liszt soon yields to the Liszt of barnstorming thrills, the two distinct sections unrelated, but which brought the house down in this curate’s egg of a recital. I used to be beWundered. Now I’m not so sure.