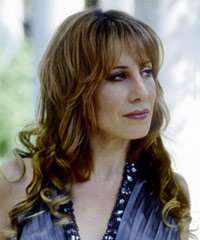 The last time the Argentinean pianist Ingrid Fliter played at Wigmore Hall, a key stuck on the piano, and there was quite a hiatus while the problem was being fixed. This time, while she was rehearsing, it became clear that she was coming down with something, but she carried on, initially intending to give a shortened version of her Chopin programme without an interval – and with the management offering a £5.00 refund on the tickets. But during the course of the opening three pieces, she rallied – “I will try to play the whole programme”, she announced – and played the publicised first half, albeit in a different order (as here listed) and, after the reinstated interval, played 11 of the 17 advertised waltzes.

I can only assume that ‘Dr Performance’ gave her a shot in the arm, because after a tentative and dreamy opening Nocturne – which anyway suited the piece – her playing gathered in strength and focus and went a long way to explaining all the white-hope expectations, especially as far as Chopin is concerned, heaped on her discreetly sturdy shoulders.If you were on the alert for frailty indicators, there was probably the occasional blurred detail or infelicity of pedalling, which would have gone for nothing from a pianist who didn’t have, as it were, a chit from matron.

The sensationally light-fingered decorations in the D flat Nocturne played up one of the defining characteristics of this attractively ingratiating artist – the pull between form and improvisation that inflects all of her playing and which gives it – and Chopin – its sense of freshness. She seemed to be testing her reserves in the strongly projected Barcarolle, which prepared the way for a towering performance of the mighty F sharp minor Polonaise, with ferocious double octaves in thundering good health and some piano-humming trills. But, within the context of the recital as a whole, the single mazurka summed up what the Fliter fuss is all about. Technically within the grasp of many a modest pianist, this Mazurka is otherwise a minefield of nuance and irregular phrasing with those curiously inert, truncated closing cadences, and is haunted by a spirit of effortful energy that can’t wait to subside into lassitude. It’s a really odd and unforgettable piece – Chopin at his most reticent and original – and searchingly, intuitively teased out by Fliter.

This solitary Mazurka also rather showed up the wisdom of Fliter devoting the second half of her recital to eleven of Chopin’s Waltzes, currently at the centre of her repertoire on the back of her new recording for EMI of seventeen of them. Had she played all seventeen (some catalogues list nineteen), such largesse would have suited our completist, know-all times rather more than adding to our appreciation of Chopin. As it was, 11 were more than enough. Each waltz is long enough, just, to stand on its own, but few have the substance of the Nocturnes. As a group, the pieces don’t feed each other, as do the Studies or Preludes; and unlike the Mazurkas, their generally regular phrasing and ternary form doesn’t add much in the way of surprise, despite some robust, extrovert virtuosity.

There was wonderful playing – a carefully judged accumulation of weight giving the Grande Valse brillante, a stature that emphasised the ‘grande’, revelatory voice-leading in Opus 64/Number 1, some eloquently ghostly half-lights in Opus 64/Number 2. Individually they showed off Fliter’s musicianship at its considerable best – the varied types of touch that draw such an impressive range of colour, a control of phrasing showing a deep understanding of Chopin bel canto style, and a magical blend of deliberation and fantasy that is at the heart of the best rubato playing, and of course, a dazzling but practical virtuosity. Not bad for someone who was ill.