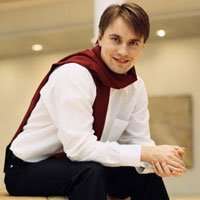 Sibelius’s Trio in C – written in the Finnish seaside town of Lovisa – is one of numerous examples of early chamber music that the composer wished to keep away from the public. One can understand given that it is not a typical work but it is fluent and while this short, 15-minute, three-movement Trio has few Sibelian fingerprints – those there are distinctive – there are nevertheless numerous good ideas shared among the outgoing and buoyant first movement, the melancholy slow one and spirited finale. Best is the concentrated first – Schubert and Beethoven to the fore – which is constantly evolving and developing. The Inkinen Trio gave a fine account, a short contribution to the “Sibelius & Beyond” festival. Pietari Inkinen – clearly a virtuoso violinist – is also a conductor. His biography says he is the new Music Director of the New Zealand Symphony Orchestra in succession to James Judd.

Inkinen’s colleagues are equally blessed. As a trio they make some fine music, although there was little by way of eye-contact or interactive body-language, and sometimes all three works were ‘reduced’ to sonatas for violin and piano, Tuomas Ylinen being outgunned by his colleagues partly through a lack of assertiveness on his part and because violin and piano were too loud – the piano lid was open to its fullest extent, surely unnecessary, and Valeria Resjan took on the role of concerto-soloist at times, especially in the Tchaikovsky – and while one could admire the virtuosity and musicianship (somewhat in that order) the glare of the violin and the immediacy of the piano (a new Wigmore instrument, it seems, and sounding quite superb) rather upset the balance. 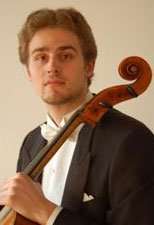 Nevertheless there was much to admire in Ravel’s deeply felt and meticulously crafted Trio, written as World War I broke out. From these performers the opening was short of mysterious anticipation and their concern for note-values was slightly pedantic, but the retreats to reverie and dark foreboding were affecting in their expansiveness and agitation was also well caught. A lighter touch and some playfulness would have served the spectral brilliance of ‘Pantoum’ (after Malayan verse-form) well although the musicians’ seriousness of purpose dug deep into the ‘Passacaille’ and they unfolded ‘Final’ with breadth and a fiery conclusion that avoided bombast.

Tchaikovsky large-scale Piano Trio (two movements lasting, respectively, roughly 20 and 30 minutes) was composed in memory of Nikolai Rubinstein and begins with a ‘Pezzo Elegiaco’ (music that returns at the end of the work). The musicians rather skated through the music’s eloquence – and the string-players were not always immaculate (by the standards set in the first half) – but the plan seemed to be to make the first movement as ‘tight’ as possible, when a more expressive address would have got to the heart of the work. The ‘Theme and Variations’ movement, which is detailed as being in two parts, the second being a ‘Variazioni finale’, was finely achieved, the opening Theme played sensitively by Resjan, who could also be delicate when required, the Variations well characterised, sometimes diversionary, sometimes heavily-furrowed, and integrated into the whole (surely Variation V, the music-box imitation, owes something to Brahms’s Handel Variations?) before an energetic response to the ‘finale’ and an inevitable return to the emotions expressed on behalf of a deceased colleague.