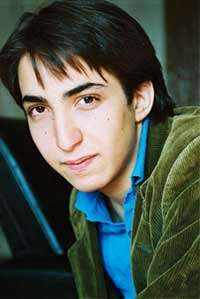 This concert marked the second anniversary of the passing of Carlo Maria Giulini – on 14 June 2005. All-too-often famous lives are commemorated by faceless monuments (or buildings endowed for a purpose). So it seemed supremely fitting that Giulini – a great human-being as well as a great conductor – should be celebrated instead by the creation of a youthful new orchestra playing a programme of music he was associated with under the young conductor to whom he devoted so much of his final two years. Compared with the cold impassivity of stone, who among us would not prefer such a wonderful living memorial to all those things we have most cared about in Life?

The International Mahler Orchestra, now in its second year, unites some extremely talented young players from a dozen countries (including Venezuela, Japan and the USA) with musicians from major European orchestras. In this respect it reflects the importance Giulini attached to the transmission of musical values. Now in his 20th year, Yoel Gamzou, the orchestra’s Artistic Director was recently awarded a thoroughly deserved prize at the second Mahler Conducting Competition (held in Bamberg): despite his youth there is a remarkably mature musical head on these young shoulders. 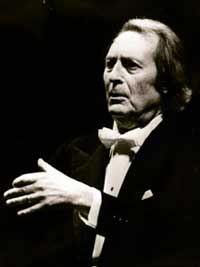 Beethoven’s overture to Egmont received a vibrant, stylish reading, evident care taken with dynamics and its exultant coda tackled at a speed which would have taxed larger groups – in this music the IMO numbered just over 40 players, yet they produced an impressive weight of string tone. At some points ensemble could have been tighter, but there was much to admire including some fine woodwind detail, especially the plangent oboe of the Venezuelan Hernando Escobar.

Bruch’s First Violin Concerto was wholly memorable. The work can come across reduced to easy background listening. Yet for all its obvious appeal, there is more to this work than that and in the right hands its unaffected emotion speaks directly. On this occasion with Guy Braunstein (he has been one of the Concertmasters of the Berlin Philharmonic since 2000) and a medium-sized orchestra under sensitive direction (the sound frequently held on the finest of threads), the concerto came into incisive focus with all the freshness of first love. This was emotionally generous playing – not be confused with emotionally indulgent – on Braunstein’s part (it rather reminded me of hearing the piece with the young Pinchas Zukerman).

Brahms 4 was one of Giulini’s signature pieces. He recorded it three times – in London (Philharmonia Orchestra), Chicago and Vienna – but despite his close association with the maestro (Gamzou worked with him during the last 18 months of Giulini’s life) this was no carbon-copy and Giulini’s influence was detectable only in subtly pervasive ways – in the care taken with the inner string parts, over dynamics and in the patient search for the longer line. Gamzou has strong ideas about the work; the scherzo tripped along at whirlwind speed, its languid trio a momentary interruption, whilst the finale made use of the widest palette of speeds and colours, the coda taken in a single breath.

However, what was most notable was the reading’s completeness and maturity. In the opening movement paragraphs were patiently built, nodal points were reached, tensions sustained and the music then moved forward inexorably. There was some roughness in the actual execution but there were magnificent things, too – a fine flute solo from Nicola Smedley, secure horn-playing from François Dahu and warm, balanced strings, especially in the wonderfully concentrated slow movement. I look forward to future concerts from this combination.