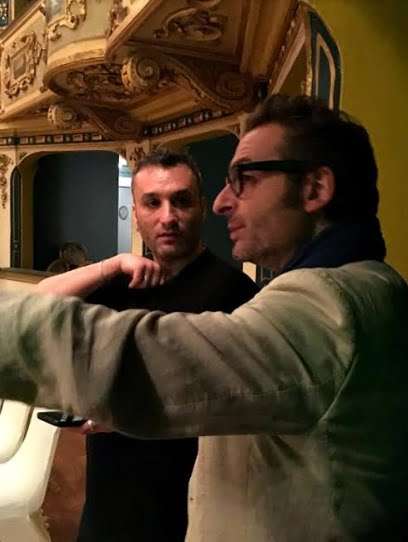 Karl Fiorini’s twelfth International Spring Orchestra Festival, “Revolution and its Composers”, his most ambitiously planned to date, has seen a week of premieres and risks, late Bartók featuring high on the agenda, with a challenging roster of artists ranging from Joaquín Achúcarro (the veteran of the field) to Daphne Delicata (not yet twelve but surely a pianist to watch). On paper several of the programmes looked decidedly audience unfriendly, Fiorini seemingly more interested in pursuing what he wanted to hear regardless of place or public. Yet while Bartók’s String Quartets may have attracted only a handful of the faithful (and fewer still among the locals), both the opening and closing events at the Teatru Manoel – emotionally relentless, mentally demanding repertory – drew appreciative, near-full houses.

Based in London, Dimitri Scarlato (born 1977) studied in Rome at the Conservatorio di Musica Santa Cecilia and the Università La Sapienza (graduating with a dissertation on Wittgenstein and Webern); and in London at the Guildhall School and the Royal College of Music (working with Kenneth Hesketh and Mark-Anthony Turnage). Pursuing a range of interests and passions – sound-designer, conductor, arranger, pianist, keyboards – he’s worked extensively in theatre and film, beginning in 2009 with the score for Giacomo Cimini’s La città nel cielo, screened at the Venice Film Festival. Visually, his conducting is on the stiff side, arguably short on cueing, with a left-hand needing more expressive development, but he makes up for the minimalism with confident, attentive rehearsal skills, getting the best out of his players professionally and personally.

Bartók’s Divertimento and Lutosławski’s Musique funèbre – twentieth-century string-orchestra classics written respectively either side of World War Two – exemplified Scarlato’s priorities. He crafts massively grained apexes, building upwards, double bass and cello fundamentals resonating the stage. He likes long lines and sweeping, arching phrases, there’s nothing short-winded about his sentences. He takes care over cadences and endings, sound-shaping each corner, each punctuation point. Occasionally, in the Bartók, this led to a broadening of tempo at the expense of tension, sometimes intonation, and, in the over-signposted episodes of the folksy Finale, a fracturing of structure, the tricky Hungarian syntax not fully assimilated. At their finest, though, he and his dedicated instrumentalists (a combination of two groups predominantly Italian, Polish and British in make-up) communicated a message that was vibrantly characterful and theatrically charged. The climax of Bartók’s Adagio, the section principals attacking the circulating, trilling patterns with edge-of-the-seat intensity urgent in body language, Scarlato opting for Bernstein-style double-handed baton emphasis, defined enormity and magnificence. The Lutosławski (in memoriam Bartók) affected in different ways – from the gently eased poetry and anti-Viennese rhythms of its serial construction, the chording gritty and tight, to the closing cello solo, exceptionally played, its pathos shrouding the room in lost beauty before faltering into death.

Scarlato’s own In Limbo (2018) draws its inspiration from the 2017 book of the same title by the Italian translator Elena Remigi. This gathers stories of European citizens in the UK following the June 2016 Brexit vote. “Our limbo”, she says, “is not only about having the right documents or not. There is a psychological limbo too, in which we all feel we have plunged. My hope is that we can all return to behold the stars, content and settled as we were before this referendum.” For Scarlato, a man politically occupied, “this is how we felt and we feel, suspended in between what our lives were and will be. [I try] to depict the anxieties, uncertainties, anger and betrayal described in the book.” The work, economically balanced in construction, operates at many levels. Atmosphere-sonnet more than tone-poem, it deals in shapes and colours. People murmur, crowds rabble. Diatonicisms float by. Angered bees hum into an escalating drone, walls of microtonal sound – densely textured – rise to confine and batter us, stabbing chords silence linear exchange, shackling liberty.

Like his Pentimenti that opened this year’s Festival, Karl Fiorini’s Weinende Frau looks to painting for its external if not necessarily inner stimulus – in this case Picasso’s The Weeping Woman (1937), based on one of the figures, a crying mother holding her dead child, in his anti-war mural Guernica. Compellingly, lucidly conceived for the medium, demanding without being insurmountable, it’s a work of clean lines, clear rhythms, and lucid motivic interleaving. Beyond the forty-bar slow introduction, with its divisi nine-part writing and despairingly anguished, dynamically chiselled climax, parenthetically Austro-German-1900 in tissue, the extent to which it reflects Picasso, aside from the emotive wording of the title, isn’t obvious however. Once under way, the main allegro is essentially an energised structure concerned less (if at all) with descriptive extensions than with contrasting melodic destinies – the first projecting a prancing figure of downward-thrusting minor-ninths subsequently contracted; the second, more lyrically step-wise, versifying a soft-spoken discourse tinted with illusions of silken dance. Echoes, veiled permutations, of Fiorini’s C#-A-D-G# cryptogram are for the seeking.