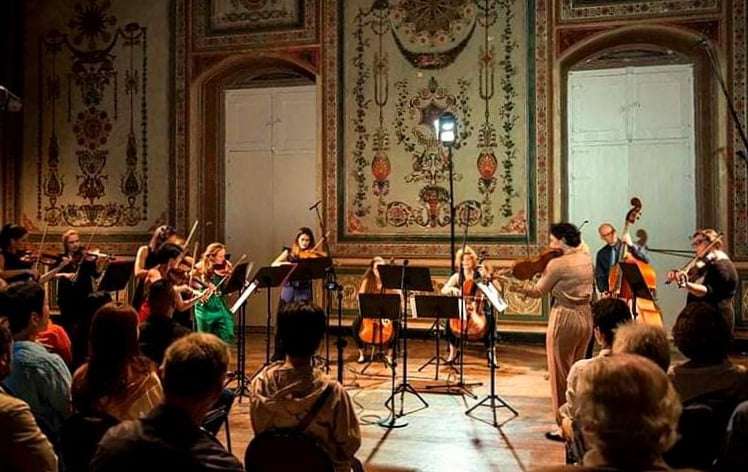 Under the artistic direction of the Paris-based composer Karl Fiorini, Valletta’s annual International Spring Orchestra Festival is now in its thirteenth edition. This year’s theme, “Of Death and Maidens”, explores a repertory from the classicists to today, taking the audience on a journey of cultural, psychological and personal discovery.

“Youth”, Fiorini encapsulates, “is when one – supposedly – is filled with life, with dreams, and gets carried away. Some content themselves with what the tide brings in. Others search perpetually what the future might have in store for them. Death takes all this away, wiping superfluous hopes and delusions of grandeur to oblivion … The music of our own time gives hope that out of death comes life, winter’s sleep slipping into spring’s awakening.”

Substantial as Schubert’s ‘Death and the Maiden’ is – still bigger in the iconic 1896 Mahler amplification for string orchestra, plus repeats – the focus of this opening concert was the first performance of Fiorini’s complex, rarefied 2018-19 transcription for voice and thirteen strings of Schoenberg’s pre-First World War Book of the Hanging Gardens, a cycle of fifteen aphoristic songs to poems by Stefan George suggestive, without following any exact linear narrative, of “a love affair against a luxuriant background” (Roy Howat) unfolded through six illusory, ultimately tragic life stations. The bare bones of Fiorini’s arrangement are easy enough to adumbrate: a re-casting of the original piano part for seven violins, three violas, two cellos and a double bass, resulting in textures as soloistic and independent as they are orchestral and combined, delicacy and dynamics, accent and articulation, at a premium. Good translation, though, is more than literal transferral, be it notes or words. Fiorini, doesn’t go for the personality interventions of Schoenberg or his circle in their arrangements, he stays impeccably respectful to the original. But what he exposes through his chosen palette is a fascinating new layering of subconscious, suggestive, perfumed associations and autobiographical intensities. 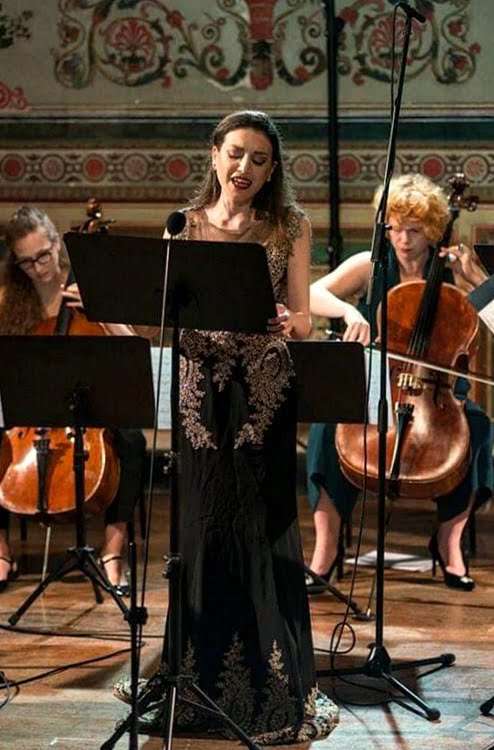 As Clare Ghigo was quick to point out in rehearsals, the percussive (precise, easier to follow) attack of the piano is replaced with one (imprecise, harder to catch) that floats imperceptibly, images rustling out of nowhere, the strings capable of vibrating sounds at the threshold of hearing, of achieving a quality and tension of decay (the long sensuous chord at the very end for example, its final lone low B-flat numbed to nothing on two cellos), that pianists dream about more often than achieve. Love dies, the ruins of Eden.

The world Fiorini taps into shows us Schoenberg as a man not just of rigour and angularity but of tremulous angst and palpable fragility (his wife, Mathilde von Zemlinksy, having left him for his friend the painter Richard Gerstl), the dramatic expression, Verklärte Nacht-like, more soft-glow than hard-thrust, the passing feathers of nostalgia sharing that same end-of-empire regret of which Mahler and Richard Strauss were such defining masters. Fiorini’s provocative mind makes for an intellectually penetrating voyage. And for listeners still shy of Schoenberg a century on, an inviting, sonorously palatable one.

Ghigo, looking like a muse out of Klimt, delivered a nuanced, theatrical performance, sensitive to the ebb and flow, the wrack, of the vocal line. Such rhythmic and ensemble discrepancies as there were, given the challenging nature of the work, suggested a need for longer preparation and integration time, and perhaps even a conductor to take care of crisper, more confident entries – but the overall impact, the concentration of words, music and instrumental contribution, was persuasive and believable. Fin de siècle Vienna.

The Harmonia Consort (Synchrony), a hand-picked London-based ensemble of top-flight international players, led with authority and class by Eulalie Charland, aspired to symphonic heights in Mahler’s arrangement of Schubert, published in 1984. Maybe a touch more depth and power at the bass end would have been beneficial, but there was much to hold the attention, not least the shaping of paragraphs and the clarity and cadencing of endings. Reverting in passages of the slow movement to the original quartet texture, departing from Mahler, made for an appealing (wise) sonic contrast. The dynamic range was extended without being contrived, providing for some exceptionally beautiful quiet playing.

Needing to declare a personal interest in the opening Mussorgsky number (arranged and recorded in 2001), I found Charland’s Kismet-like violin solo in the slow central section admirably exotic, with an alluring sweetness of tone and body language. A reductive postcard dating from 1880, Near the Southern Shore of the Crimea is a largely forgotten piano fragment, reminding us that, historically, Crimea and the Ukrainian ports were on the transit route south to the Ottoman Empire and, later, modern Turkey. Cossacks and sabres, girls of the past, sisters of the future, Black Sea harem flowers to Slavic ballerinas to the Viktorias and Nastiyas of twenty-first century Istanbul. As atmospheric backcloths go, the ornately decorated Grand Salon of Valletta’s National Museum of Archaeology, originally the Auberge de Provence built by the Knights of St John in 1571, could scarcely be improved upon. Aromatic.