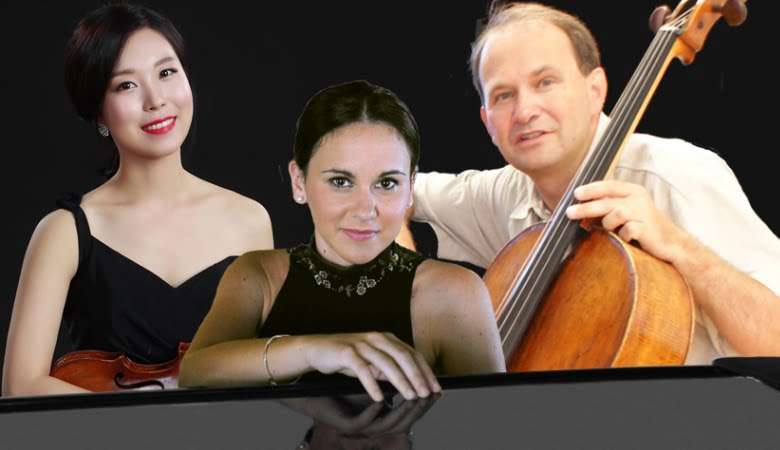 With his knack for devising concerts in atmospheric locations, Karl Fiorini scored a visual winner with this recital in the Grand Salon of Malta’s National Museum of Archaeology, a splendid late-sixteenth-century Provençal room with elaborately painted walls and a beamed ceiling. The quieter moments of the programme, though, lost out to severe noise from Republic Street, a precinct seething in a cacophony of amplified bands, a busking violinist, and outdoor cafés doing good business. Some environmentally conducive sound insulation would not go amiss.

Based in Croatia, the Maltese pianist Charlene Farrugia, who studied at the Royal Academy of Music in London and with Boris Petrushansky in Imola, is a consistently fine musician, as much at home in Concertos and solo repertory as chamber music. Befitting one who places Lupu, Gilels and Gould high in her priorities, she’s a player who goes for tight detail, enquiring voicing, and rhythmically lithe articulation. She balances a texture with classical artistry and a sensibility tuned to inner finesse as much as external communication. Her finger-work is quiet and neatly disciplined, while chords are powerful and phrased off, attacked and played-through like a cultured golf stroke. She thinks refreshingly of the longer line and larger structural direction of a piece; even in very static moments, she encourages the music to ebb and flow.

The ‘Ghost’ Trio was a particularly satisfying, symphonically propelled affair. Crisp argument, clear transition building, and pinpoint timing (for instance the unisons at the end of the first-movement exposition and reprise, reminding us that Beethoven, exceptionally, marks these ppp) stood out. With the slow movement she painted a canvas emphasising the extremes, the ‘modernity’, of Beethoven’s genius, taking us to regions of experience, intensity and fragile dynamics which her tired Steinway (on duty at the Auberge de Castille earlier in the week for Gottlieb Wallisch) wasn’t always equal to.

Beautifully poised, the slow movements of the Glinka (1832, originally for clarinet, bassoon and piano) and the Arensky (1894, in memory of the cellist Karl Davidov) – musical life in high-society Russia separated by sixty years – released the romantic poet, the muse, the singer, enchanting with a fine-cut fusion of depth, grace and emotions not shy to caress the heart or pause the moment. The Andante of Arensky’s Finale found her deploying touch, register and sound to weave delicately aromatic patterns in the ether, images of fleetingly glimpsed silks and Black Sea tapestries coming to mind.

Farrugia’s strategy and musicality was matched by Stefan Kropfitsch, Head of the Institute for Strings at Vienna’s University of Music and Performing Arts. A familiar figure around the concert halls of Europe, he is a full-toned, richly imaginative artist of the old school, happy to make music, to shine, to take a back seat, to support, an honest player free of pretension and mannerism. Sanghee-Cheong made a less positive impression. Her rhythmic pulse was a little loose, she seemed reluctant to let her violin project, and neither intonation nor tone was always ideal. Fast passages challenged her unexpectedly, leading to a certain sliding between notes and loss of clarity. Maybe she was having an off-night, maybe the distractions of outside just got too much.