“This Gala honours those who died at Easter 1916, Irish and British, and all the soldiers who lost their lives in the Great War”

Songs by Schubert, the world premiere of Gerald Barry’s String Quartet No.1 [revised; co-commissioned by RTÉ and by Wigmore Hall with the support of André Hoffmann, president of the Fondation Hoffman] and a selection of Trad/Irish numbers, and more… 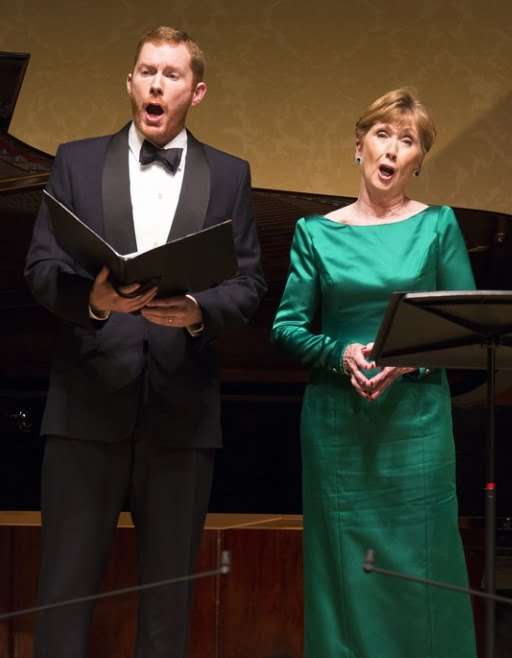 World-class singers and instrumentalists appeared at Wigmore Hall to celebrate Irish Culture and the career of Dame Ann Murray. She was resplendent in green silk alongside her sombrely-dressed fellow singers Ailish Tynan, Tara Erraught, Robin Tritschler and Gavan Ring. This Gala Concert was in commemoration of the centenary of the Easter Rising and honouring the loss of life (on all sides) during World War One.

The emphasis was on the harmonious nature of the current relationship between the United Kingdom and Ireland and its mutual musical enrichment. The Irish Ambassador, Daniel Mulhall, gave a stirring address to celebrate his country’s contribution to World culture through literature and music. The Union Flag and the Tricolour were prominently displayed either side of the Wigmore stage, with the red and white flowers possibly hinting at bloodshed.

The first half was devoted to the music of Schubert, opening with the C-minor Impromptu (D899/1), given with panache by Finghin Collins. The core was provided by a choice selection of Lieder, some familiar, some deliciously surprising, especially the duet ‘Licht und Liebe’ and ‘Ständchen’ to words by Franz Grillparzer for soloist and choir. Schubert’s Songs have long been a staple of the Irish repertoire; the composer’s intellect and his melancholy, rhapsodic Romantic disposition combined with his Catholic faith prove an irresistible allure for many of a Celtic disposition. 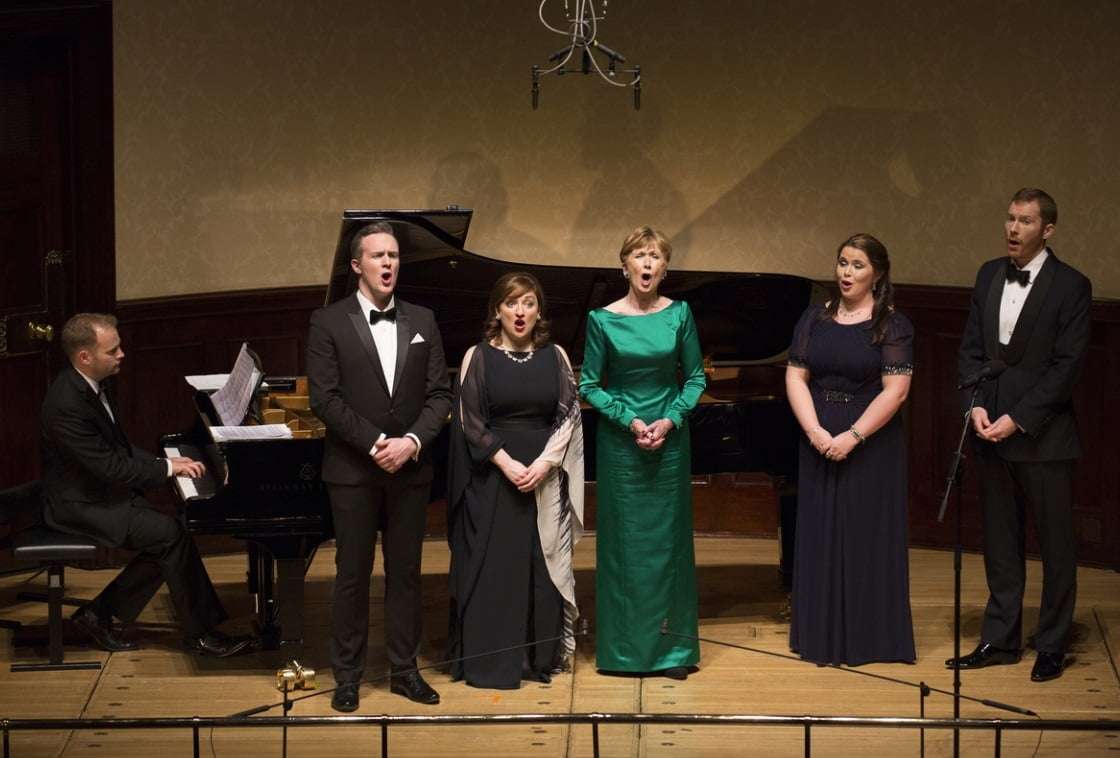 ‘An die Musik’ was Ann Murray’s first gift to the audience, followed by ‘Nacht und Träume’, a masterclass of expressive and veiled legato. Then ‘Die Forelle’ from Gavan Ring, given with lovely clarity and also a fine feeling for the narrative of this popular setting. Ring’s ‘Erlkönig’ was an outstanding exercise in building dramatic tension with careful characterisation of the terror-stricken child, its dependable father trying to reassure the increasingly hysterical child, and the chilling, supernatural Elf King luring the youngster to his death: edge-of-seat stuff until the last whispered phrase.

The sweet-voiced Robin Tritschler took us to a different plane of beauty and included a tender duet with Murray, a deceptively simple exploration of the transcendent power of love over melancholy, the two voices blending, parting and uniting on their emotional journey. Richer colours ensued from the vibrant Ailish Tynan. In ‘Der Hirt auf dem Felsen’, she really let rip with a fabulous display in partnership with clarinettist Michael Collins, an honorary Irishman for the evening. After such profundity, the first half of the Gala concluded with a gorgeous and cheeky Schubert rarity, another ‘Ständchen’ (D920) in its original version for mezzo-soprano and a quartet of men’s voices, Tara Erraught, with charm and personality and joined by students from the Royal Academy of Music, painted the lover trying to make sure his beloved does not sleep, but listens to his words of love as he tiptoes outside her room.

After the interval, music by Irish composers was in the spotlight, opening with the revised version of Gerald Barry’s String Quartet No.1. Barry is best-known as a composer of operas, not least The Importance of Being Earnest. His String Quartet has a spare and transparent quality and features quotations from an earlier Barry opera, The Intelligence Park. He has described the chamber piece as “a high wire act without a safety net” and its demands were immaculately undertaken by the RTÉ Contempo Quartet. John Field’s Andante inédit concluded the instrumental part of the evening. Field was famous for inventing the Nocturne, a genre taken up by Chopin. Finghin Collins’s reading of the Andante was expansive and exuberant.

A celebration of Irish culture would not have been complete without a selection of traditional Songs, such as ‘Galway Bay’, ‘She moved through the Fair’ and ‘The Kerry Dance’. These airs were interspersed with settings of poets W. B. Yeats and Francis Ledwige. Michael Head’s of the latter were particularly moving. Ledwige was an Irish nationalist who fought at Gallipoli and was killed at Passchendaele in 1917. ‘Ships of Arcady’ and ‘A Blackbird Singing’ were exquisitely delivered by Tritschler. ‘Phil the Fluter’s Ball’ followed with Ann Murray leading the singers and continued with ‘I have a Bonnet trimmed with Blue’ before she was presented with The Wigmore Medal by the venue’s Director John Gilhooly who praised her notable career, commitment to performance and her generosity with colleagues.

Finally and fittingly, a rendition of ‘Danny Boy’ … “But come ye back…”. We will, for such magnificent singing and playing, and the craic.