The LPO in its Isle of Noises season celebrating British music reached British film scores. It was a well-filled programme with some far-from-obvious choices led by the experienced film conductor, composer and orchestrator Anthony Weeden and presented by the erudite and impish Matthew Sweet.

The LPO recorded the original soundtrack to Lawrence of Arabia directed by David Lean in 1962 and it was inevitable that they would start with that in a well-shaped performance with languorous strings and heady percussion. Another film by David Lean followed later – Brief Encounter (1945) where the interior life of Laura Jesson (Celia Johnson) is expressed through the first movement of Rachmaninov’s Second Piano Concerto, played with restraint by Piers Lane although the orchestral accompaniment seemed rather inhibited.

The strain of heavily rhapsodic, overheated, British film music from the 1940s was well represented. Hubert Bath’s score for Love Story (1944) is in this mould and the film itself is a rather masochistic melodrama about a concert pianist (Margaret Lockwood) with an incurable disease who takes a last holiday in Cornwall and meets a ex-RAF pilot (Stewart Granger) who is losing his sight. Bath is an interesting figure in British film music who composed the soundtrack to Hitchcock’s Blackmail (1929), Britain’s first sound film, as well as the Out of the Blue March which is still used as the theme tune for BBC Radio’s Sports Report. The Cornish Rhapsody is the film’s musical centrepiece and Piers Lane played it with fevered intensity supported by throbbing LPO strings. In a similar vein is Charles Williams’s The Dream of Olwen from While I Live (1947) with another piano concerto pastiche from an even more unhinged film with Sonia Dresdel as a lonely spinster living in clifftop house in Cornwall and haunted by the death of her sister. Lane played it for all it was worth and more.

Spike Milligan in his autobiography famously wrote of “the bloody awful Warsaw Concerto”. He has a point in respect of its perfervid sentimentality but there are things in its favour. Richard Addinsell wrote it for Dangerous Moonlight (1942) with Anton Walbrook and it is atmospheric, well-crafted, and captures all of the elements of the Romantic concerto within its eight-minute span as well as having a memorable main theme. Lane played it beautifully and Weeden brought out some nice orchestral detail. 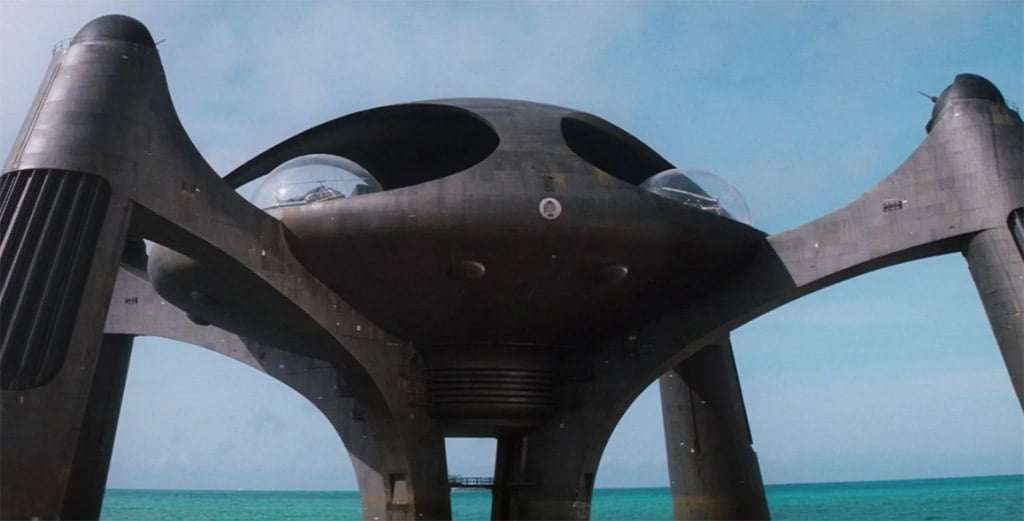 In between, Lane played the slow movement of Mozart’s C-major Piano Concerto, K467, used in The Spy Who Loved Me, although it is more well known from the soundtrack of Bo Widerberg’s Elvira Madigan (1967). In the Bond film it is used ironically as the underwater lair of the cultured but megalomaniac super-villain Stromberg (Curd Jurgens) slowly comes into view. Lane played it dreamily with the LPO strings and woodwind in elegant accompaniment.

David Copperfield (1970) directed by Delbert Mann with Robin Phillips in the title role and a gallery of British character actors in support was Malcolm Arnold’s last film score. The four-movement suite has Arnold’s usual warmth and feeling for character with a magnificent main theme for sweeping strings that pervades each movement. Arnold’s natural flair for comedy was demonstrated with perky woodwind and brass to describe the Micawbers. The LPO played it very well and it makes an interesting contrast to Christopher Willis’s score for Armando Iannucci’s new version which opened this year’s London Film Festival.

Nino Rota’s Love Theme from Franco Zefferelli’s Romeo and Juliet (1968) is has over-familiar although the film itself has stood the test of time. Weeden ensured a restrained and unsentimental performance with fine strings and woodwind.

Many contributors to The Classical Source have gone in to bat for Richard Rodney Bennett since his death in 2012 and I’d certainly like to see a revival of his 1965 opera The Mines of Sulphur. He was represented by two items here. The graceful Waltz from Murder on the Orient Express (1974) is one of his best tunes with its slowly gathering momentum as the eponymous train pulls out of Istanbul station. The Love Theme from Four Weddings and a Funeral isn’t one of his finest film scores and it is a shame that it was chosen ahead of Far from the Madding Crowd (1967) or Lady Caroline Lamb (1972). The LPO played it well with Sue Thomas’s flute both touching and stylish.

Alexander Korda’s Things to Come (1936), directed by William Cameron Menzies, has never been viewed as a totally successful film, even at the time of its opening. Sir Arthur Bliss’s score is one of it most memorable components along with Vincent Korda’s art direction and Ralph Richrdson’s bullish portrayal of the Mussolini-like Boss. As Wells said himself at the time “The music is part of the design “ and it is a powerful and eclectic score from Bliss. The six movement, eighteen minute, suite is one of his best works and deserves to be heard more frequently as it works very well as a free-standing concert item. The LPO played the Ballet which accompanies the film’s opening Christmas scene with a Mendelssohnian lightness and glossy strings. The music for the Air Attack had a bludgeoning power and the pastoral quality of Reconstruction had echoes of Elgar and Vaughan Williams. The Machines sequence had aggressive strings and blistering brass and the concluding March mixed baleful splendour and a sense of triumph. The LPO played magnificently throughout and Weeden shaped the work well. There is an underlying bleakness about the score that is unsettling despite the final triumphalism and it is tempting to see it as a product of Bliss’s experiences on the Somme in the First World War. It is a hugely influential score that has left its mark on many other composers from Bernard Herrmann to John Williams. As the evening proved film music has never been just about Hollywood.