Oedeon Partos
Concertino for Strings
Brahms
Concerto in A minor for Violin, Cello and Orchestra, Op.102
Tchaikovsky
Symphony No.4 in F minor, Op.36 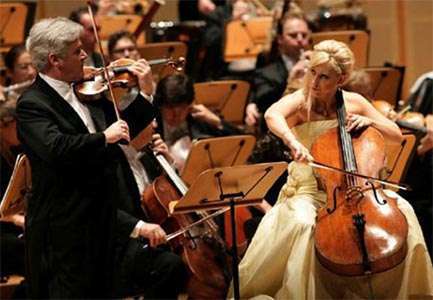 In this Israel Philharmonic concert, Pinchas Zukerman and Amanda Forsyth performed Brahms’s Double Concerto and Music Director for Life Zubin Mehta led the last of his seven concerts on the IPO’s current US tour. (The Orchestra’s remaining appearances in the States are with Principal Guest Conductor Gianandrea Noseda.)

Having prefaced the evening with the US and Israel national anthems, Mehta conducted Concertino for Strings by Hungarian-born Oedeon Partos (Ödön Pártos, 1907-77), who emigrated to what was then Palestine in 1938. The score’s genesis was as a string quartet, from 1932, which was strongly influenced by Bartók and Kodály, with whom Partos studied. The version performed here dates from 1952 to a commission from Ferenc Fricsay and features driving ostinatos, tricky rhythms and pungent harmonies. It was played with precision and a marvelously blended sound by the IPO’s strings.

Zukerman, born in Israel just two months after its declaration of statehood, is in his fifteenth season as music director of the National Arts Centre Orchestra of Ottawa. He and Forsyth, the NACO’s principal cellist, married ten years ago and here communicated intuitively as they traded ideas and combined in rich harmonies in the Brahms. Forsyth’s dramatic opening solo dug into the principal theme, and Zukerman followed with a solo commentary on the softer second subject before the two came together in an impassioned duet. Mehta drew idiomatic sonorities from the orchestra and kept it in fine balance with the soloists, whose instruments sang out richly and sounded even warmer in the lullaby of the Andante and emphatically launched the finale’s Hungarian-flavored theme. 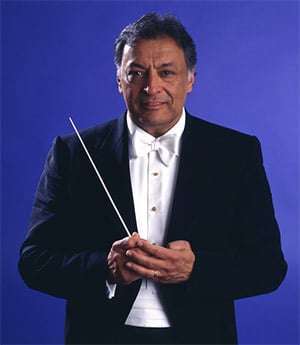 After intermission, Mehta conducted a richly textured performance of Tchaikovsky’s Fourth Symphony, beginning with the dramatic opening fanfare, intended to symbolize Fate. A dark atmosphere was created by excellent solos from Daniel Mazaki on bassoon, Ron Selka on clarinet and James Madison Cox on horn, as well as by resonant cellos. A melancholic mood also persisted in second movement, from Bruce Weinstein’s expressive opening oboe solo. Although the strings were, for the most part, in fairly gloomy territory in the first two movements, this changed completely in the bright pizzicato scherzo. The woodwind interludes, capped by Leor Eitan’s bright piccolo figures, were equally delightful, and the brass and timpani joined in without compromising the music’s airy light-heartedness. Mehta attacked the opening chord of the finale with particular power, creating a sudden and shocking contrast. The return of the Symphony’s fanfare motif brought a sense of closure that was soon superseded by the dynamic, whirling coda, building to a spectacular ending.

In memory of the late Marvin Hamlisch, who Mehta said had been a good friend of the Israel Philharmonic, the encore was a Hamlisch potpourri including ‘The Way We Were’ and Scott Joplin’s The Entertainer, which Hamlisch popularized by adapting it for the soundtrack of The Sting.